How can you protect yourself in dangerous rideshare situations?

A Tucson woman was injured after the driver of the rideshare she thought she was in wouldn't let her out of the car and then robbed her. 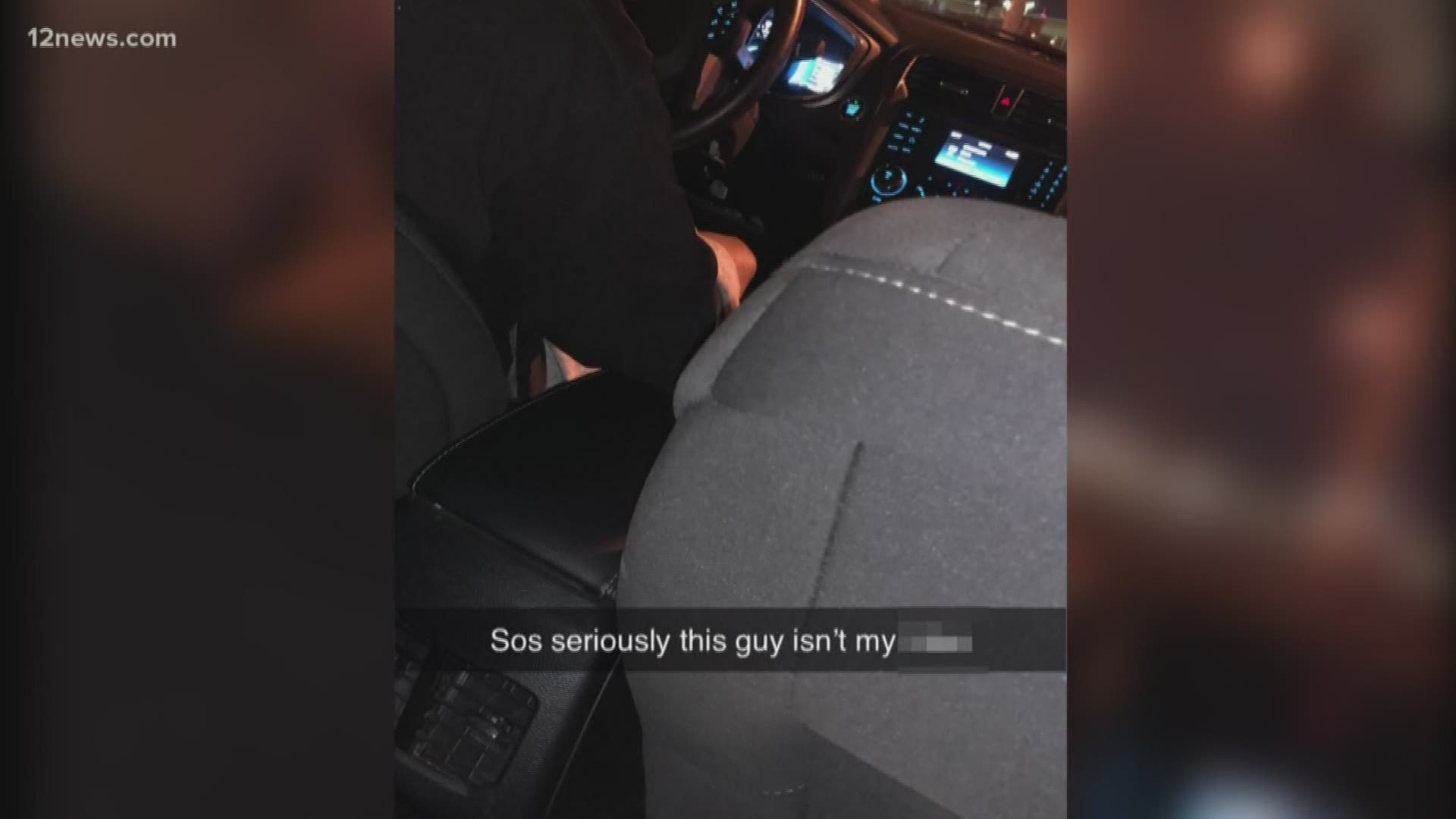 It’s a scary situation when you order a rideshare and realize you’re in the wrong car.

It happened to a woman from Tucson. Elizabeth Suarez thought she was going to die, but risked her life and barely got out alive.

“My friends and I decided to go out, do some dancing, do some gambling, you know, normal Vegas things,” she said.

At the end of the night, Suarez called a rideshare to go home. But the car she got in, was the wrong one.

“I was in pure shock, I’m in a dangerous situation. I’m in stranger’s car. So I have no idea what’s going to happen next,” she said.

What happened next was terrifying. Suarez said the driver wouldn’t talk to her even when she asked him to let her out, and instead kept driving.

Afraid that he had a weapon, she stayed quiet and was texting her friends and posting on Snapchat.

“I put it on my story, cause for any reason I didn’t make it out, at least my friends and family would know what happened to me that night," she said.

The driver finally pulled into a parking lot and demanded all her belongings. She gave him everything -- but he still didn’t let her go.

That’s when she jumped out of the car.

“All I was thinking was get out and get out now. I might not have another opportunity this is my only one. Take it and run with it," she said. "If I risk him taking me to a different location I might not make it.”

Suarez ended up breaking her ankle, fracturing her wrist, and getting seven staples in her head. But she considers herself incredibly lucky to have survived.

“I’m very grateful and I’m very fortunate. A lot of girls haven’t been as fortunate as me," she said.

Now she takes precautions any time she orders a rideshare. She also wants to get her message out to others so they never fall victim.

“If I can prevent one more girl from going through what I went through, I’m going to do it," she said. "It takes 20 extra seconds to check the license plate, check the driver’s picture, don’t say your name. And that could potentially save your life.”

Denise Rejent-Lee is a self defense and safety expert.

Before you get into a rideshare, there are things Rejent-Lee says you need to do first:

Prepare your purse: Carry a charged cell phone, a credit card, and some cash. It is also helpful to carry everyday items that could be used as weapons in a pinch – like pens, key chains, and personal (legal) self-defense items.

Stay inside: If possible, hail your ride and wait for its arrival inside a safe lighted area. Avoid lingering outside, making yourself vulnerable to theft or personal safety threats.

Share your trip: It is always safer to travel with others, but if you are travelling alone, share your trip details with a trusted friend or family member. They can track your ride in real time. Both Uber and Lyft make this easy with “share” buttons on their apps. If your rideshare does not provide this service, make sure you let someone know where you are, where you are going, when you intend to arrive, and information identifying the car and the driver.

Confirm your car and driver: Before you step into the vehicle, confirm a car match (license plate, car make and model) and a driver match (name and resemblance to app photo). It is a good idea to ask the driver the passenger name, rather than give your name, to be extra certain (E.g. “Who are you here for?” rather than “Are you here for [own name]?”) *

While these safeguards prevent falling prey to scammers, they also prevent unintended ride-stealing. Especially in crowded venues such as an airport, ballgame, or concert venue, there is a risk of grabbing the first car that looks “about right”.

And once you’re in the car?

Do not share personal information: Small talk is fine, but do not share details such as where you live, how long you are travelling, or your phone number. There have been reports of post-ride stalking, made possible by over-sharing passengers.

Sit in the backseat and wear your seatbelt: This gives you distance from the driver and makes groping or surprise assaults less likely. It also makes it easier to get out of the vehicle in the event of an attack.

Trust your instincts: If something seems off, even if you can’t put your finger on it, get out. End the ride early and find a safe location to seek help.

If you discover you are in the wrong car after getting in.

Ask to end the ride: Make every attempt to end the ride without conflict. Simply acknowledging you have made an error and would like to get out may do just that.

Use technology: We have our phones within reach most of our waking hours. If the ride is taking a dangerous turn, use it to call for help. If the car you are in is not a rideshare at all, the apps will not help. So get a sense of where you are and in what direction you are headed, as well as a detailed description of the car and driver, and pass that information along to a trusted contact (or multiple contacts) and to the police.

Think, fight, run: While only the person experiencing the event is in a position to make judgments about when to safely attempt an escape, there is one hard and fast rule in self-defense: Do not let the suspect take you to a secondary location.

If you already find yourself captive in the back of a car, unable to open the doors, take the first opportunity to get away. If the driver stops their car for any reason or opens your door, fight and run with everything you have.

“There are no rules, nobody's judging you on technique, you're going to do whatever it takes to survive," Rejent-Lee said.