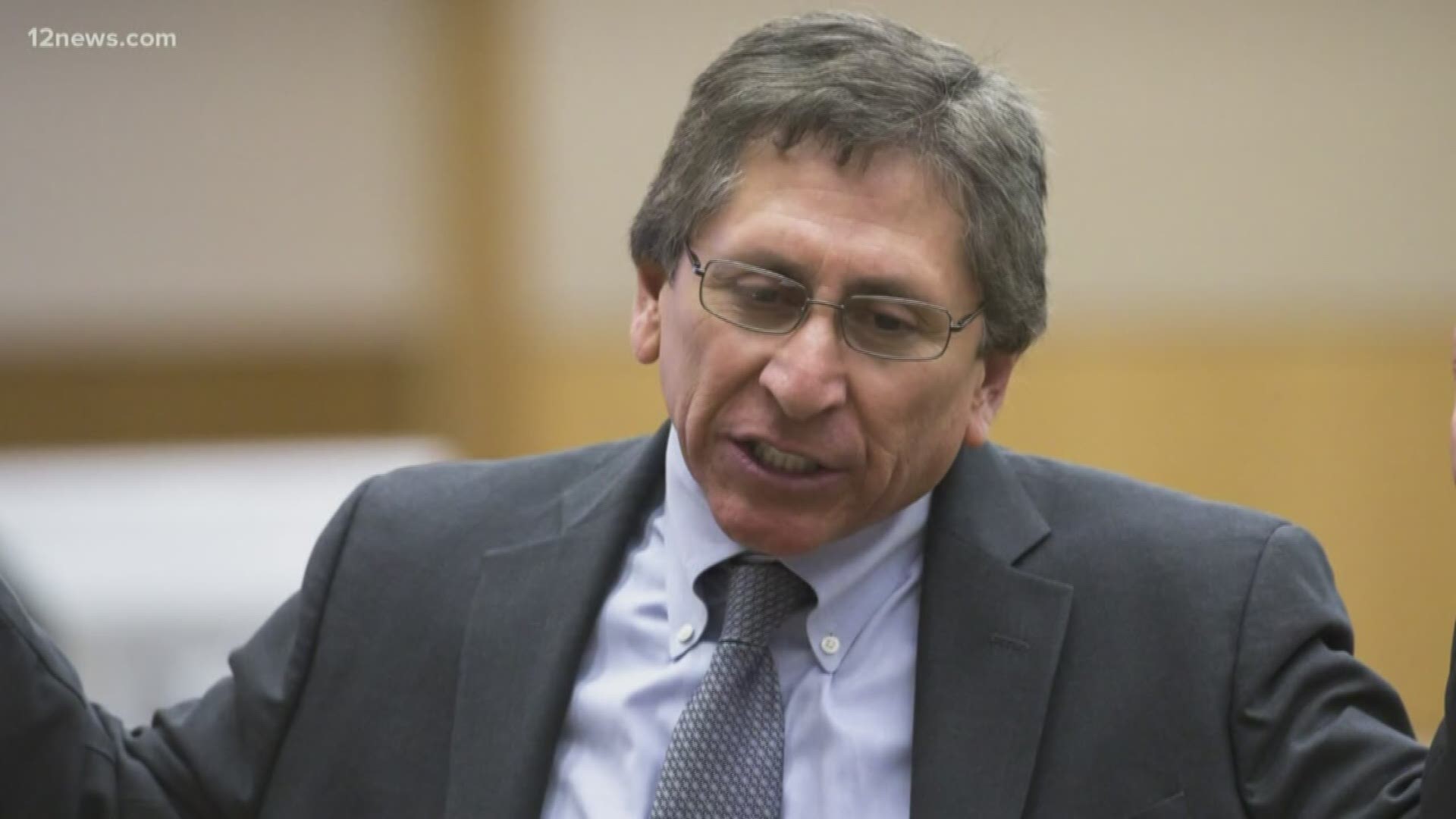 Maricopa County prosecutor Juan Martinez will no longer be handling cases involving the death penalty, according to the Maricopa County Attorney's Office.

The high-profile prosecutor who won a guilty verdict against Jodi Arias has been reassigned to handle auto theft-related cases as he faces allegations of ethical misconduct in a formal complaint filed by the State Bar of Arizona.

Chief Deputy Rachel Mitchell—who is leading the office after Bill Montgomery was named a justice on the Arizona Supreme Court—released a statement Tuesday night that said Martinez was reassigned from the capital litigation bureau to the auto theft bureau.

"Given the Arizona Bar proceedings involving Mr. Martinez, I felt it was important to assign him a caseload that would be more flexible and allow him to take time when needed to focus on resolving these complaints," the statement read.

Martinez will remain the lead prosecutor on any capital cases currently in trial or pending remand so that prosecution is not delayed, Mitchell said in the statement.

"I want to ensure due process is given to Mr. Martinez in the bar complaints, and this move should not be viewed as prejudging the outcome of the proceedings," the statement continued.