The county prosecutor faces a hearing in April on ethics charges stemming from alleged misconduct during the Jodi Arias murder trial. 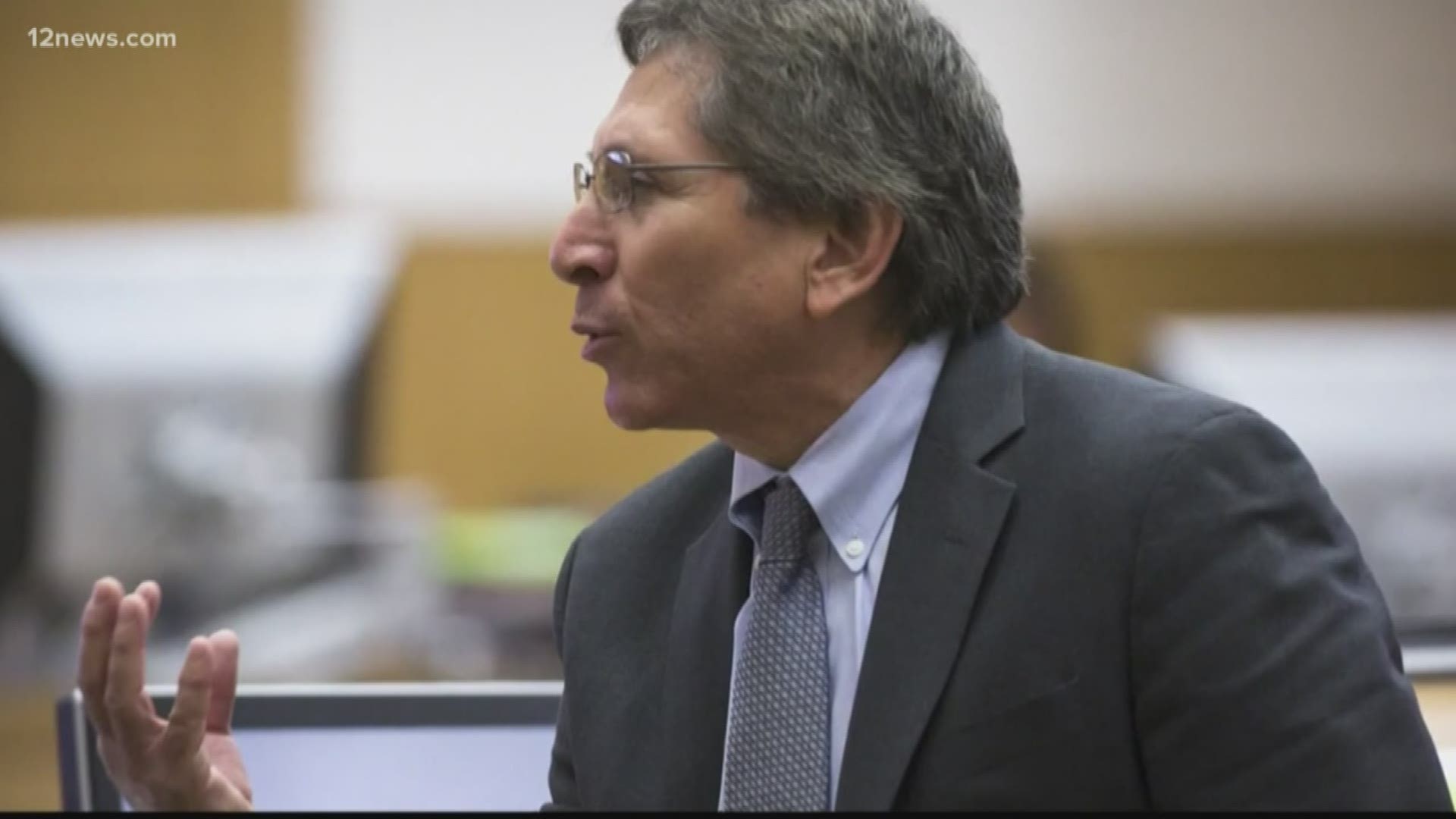 “On Friday, Feb. 7, 2020, Juan Martinez was placed on paid administrative leave. We currently have no further comment on this personnel matter at this time," the statement says.

Martinez – who has worked for the county attorney's office for three decades and was one of the office's top homicide prosecutors – has been accused of several ethics violations.

He faces a disciplinary hearing in April concerning his alleged misconduct during the Jodi Arias murder trial.

Martinez is charged with leaking confidential information on the Arias trial to blogger Jennifer Wood, lying to Arizona State Bar investigators about his sexual relationship with Wood and making sexually suggestive remarks to a Maricopa County courts employee.

The potential disciplinary actions include the loss of his license to practice law.

In September, Martinez was reassigned to the county attorney office's auto-theft bureau because of the allegations.

Meanwhile, there is a ruling pending by the Arizona Court of Appeals on Arias’ bid to toss out her murder conviction because of a circus atmosphere at her trial.

At the appellate hearing in October, the judges asked attorneys for the state and Arias how Martinez’s behavior may have affected the verdict.