'It's time for her to be home': Glendale mom seeking answers almost 2 years after daughter's disappearance

Alicia Navarro left her home in September 2019 a few days before her 15th birthday. She left a note promising she'd return, but she hasn't been seen since. 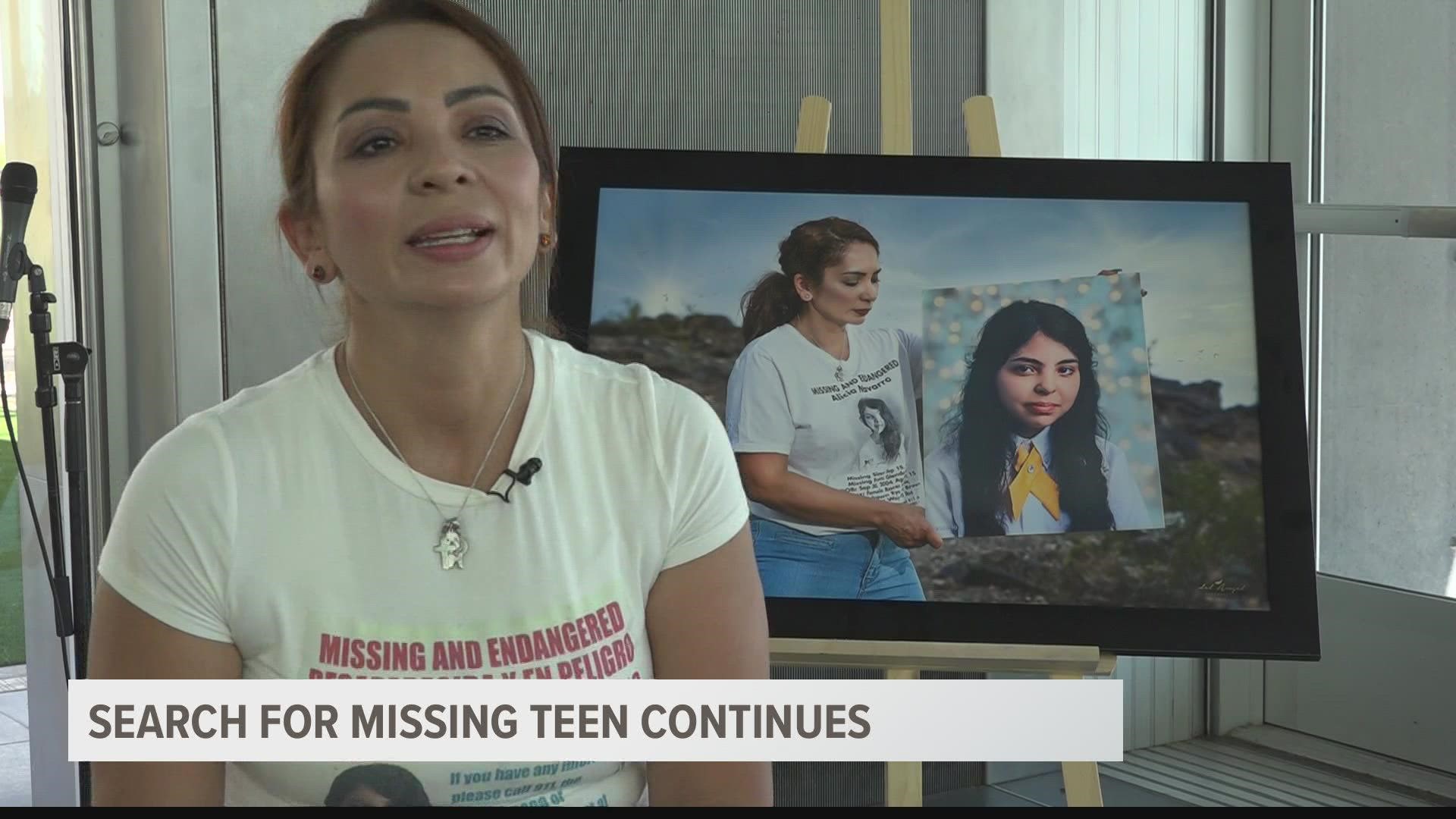 GLENDALE, Ariz. — It’s been nearly two years since Glendale teen Alicia Navarro disappeared.
The only clue Alicia left behind was a note telling her mother she’d be back, but there’s been no sign of her.

It was back on Sept. 15, 2019, when Alicia left her family’s Glendale home, leaving behind just a note.

“It said ‘I ran away, I will be back, I swear’ and since then there has been no trace,” Jessica Nunez, Alicia’s mother said.

Alicia was just days away from her 15th birthday. Now, she’s been missing for a year and 10 months.

“It’s a very long time it’s time for her to be home,” Nunez said.

Nunez said Alicia is on the Autism spectrum and that running away was uncharacteristic for her.

A $20,000 reward is currently being offered in Alicia’s case, as billboards in Arizona and California have been put up in hopes of bringing her home.

“We believe that she left the house that night to go meet some people that she thought she knew,” Trent Steele, the private investigator working the case said.

“Sometimes trying to track down who these kids talk to, where they talk, depending on what platforms they use it can be nearly impossible,” Steele said. “Especially after a significant amount of time has passed.”

Nunez said she doesn’t want any other parents to go through what she has gone through, which is why she brought several experts and dozens of parents together at Dream City Church on Saturday to talk about social media, human trafficking, autism, and how to keep kids safe.

“So this will stop,” Nunez said.

Nunez still holds onto hope and a deep belief that Alicia will come back home.

“I have to remain strong to be able to find her,” Nunez said.