'It's painful': Why didn't a former Valley priest accused of sexual abuse appear in court?

John "Jack" Spaulding was indicted in January. His lawyer says days before the indictment, Spaulding was diagnosed with a "mortal illness." 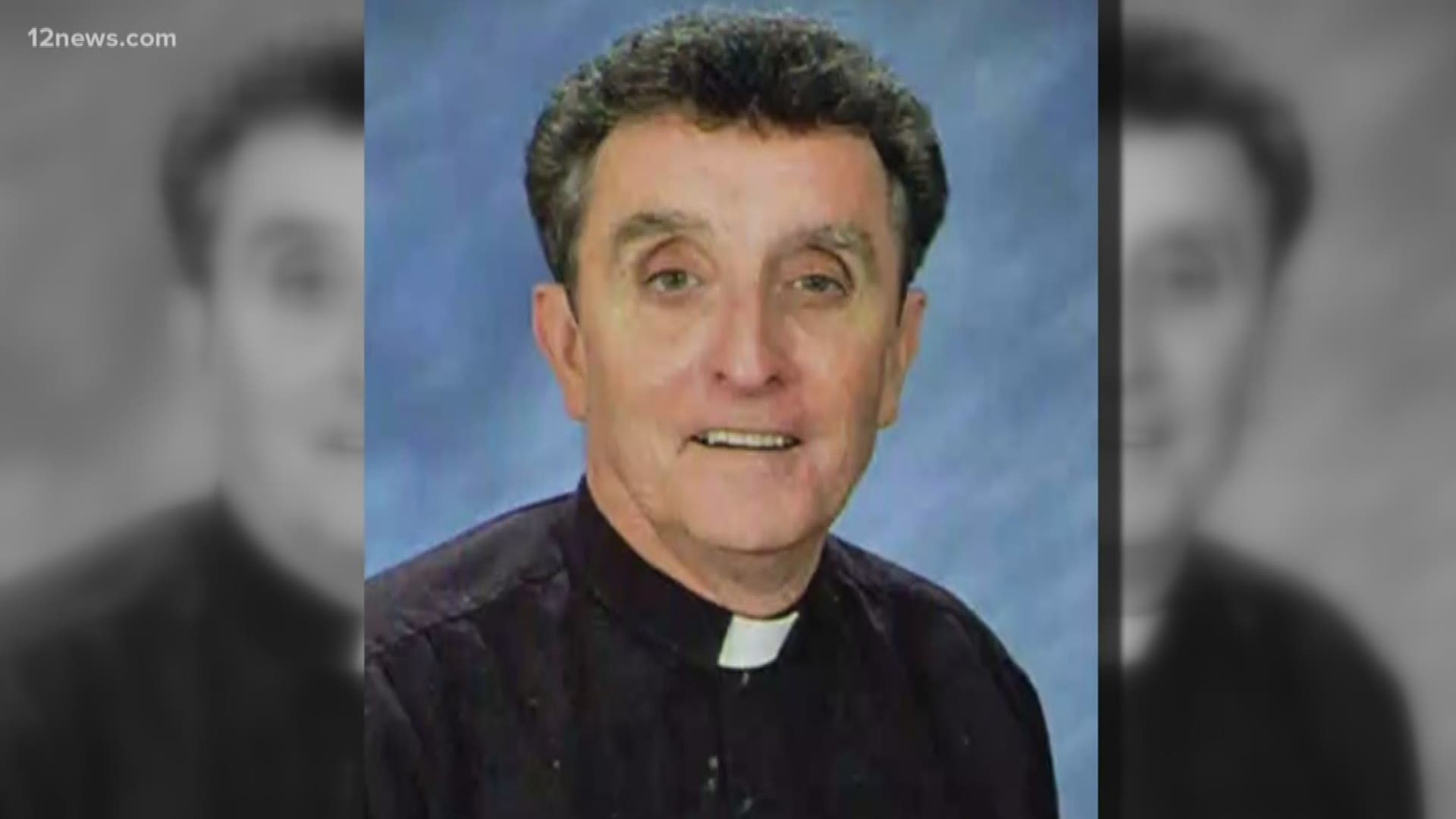 PHOENIX — A former Valley priest accused of molesting multiple children did not appear in court on Friday morning.

In January, the Maricopa County Attorney's Office announced that Father John "Jack" Spaulding was indicted and accused of sexually abusing at least two boys under the age of 15 between 2003 and 2007.

Spaulding was due in court Friday for his arraignment. He did not show up. But families of victims, clergy, and Bishop Thomas Olmsted did.

It was an emotional morning for those like Katy Soukup.

According to a lawsuit, her brother, David, was sexually abused by Spaulding in the 1980s. After turning to drugs and crime to cope with his trauma, David's father shot and killed him in self-defense in 2010.

“I am feeling very angry. I’m very angry at our system and the slowness of the process," Soukup said.

Friday morning was supposed to be Katy's chance to look at her brother's alleged abuse in the eye. That didn't happen.

“Things should have been taken care of so long ago and it’s just this long wait and there’s people hurting," said Soukup.

She and more than two dozen others packed into the courtroom where Spaulding was supposed to face a judge for the first time since his January indictment.

According to the 74-year-old's lawyer, Greg Meell, Spaulding was diagnosed with a terminal illness shortly before he was indicted. Meell alleges he is too sick for court.

“I’m normally a very merciful person but in this particular case, he needs to be held accountable for all of his actions regardless of him not feeling well. I don’t feel well. My family doesn’t feel well. My husband has brain cancer and he’s here at my side. So he can put on a mask," said Soukup.

After the hearing, Bishop Olmsted talked to the frustrated families.

“I wanted to be here today because I wanted as a spiritual father to be in solidarity with those that are suffering from abuse and just to assure them that I’m praying for them, thinking about them, one with them in their suffering," said Olmsted.

According to a motion filed by his lawyer, Greg Meell, the 74-year-old was diagnosed with a terminal illness just a few days before Spaulding's indictment so he was too sick to appear in court. The motion claims attending court would be a "threat" due to illnesses like the flu spreading around.

The judge pushed Spaulding's arraignment to March 6. With a doctor's note, Spaulding will be allowed to appear electronically.

The state says it is working on taking a mugshot and fingerprints of Spaulding.

The judge ordered Meell to give Spaulding a real copy of his indictment. Meell was served with the indictment last month on behalf of the former priest.

“When the innocence of a child is taken from them, it is an absolutely unspeakable act," said Maricopa County Attorney Allister Adel shortly after the indictment.

“We were so happy to hear that there was a grand jury indictment," said Mary O'Day of the Survivors Network of Those Abused by Priests, or SNAP.

O'Day also decided to show up to Spaulding's hearing on Friday.

"The design of our Justice System and the related legal processes are among the best in the world and serve a sacred public purpose.

Consequently, in sensitive matters like this our philosophy emphasizes the vital importance of all parties demonstrating great respect for that system and its processes.

This requires that we first present the Court and the Maricopa County Attorney’s Office with our client’s position about these matters before discussing it with any news outlet.  Once we have done so, we may be in a proper position to engage in more discussion about the matter."

A spokesperson for the Diocese of Phoenix told 12 News they understand how troubling and painful this is for those who want to see Spaulding face charges. 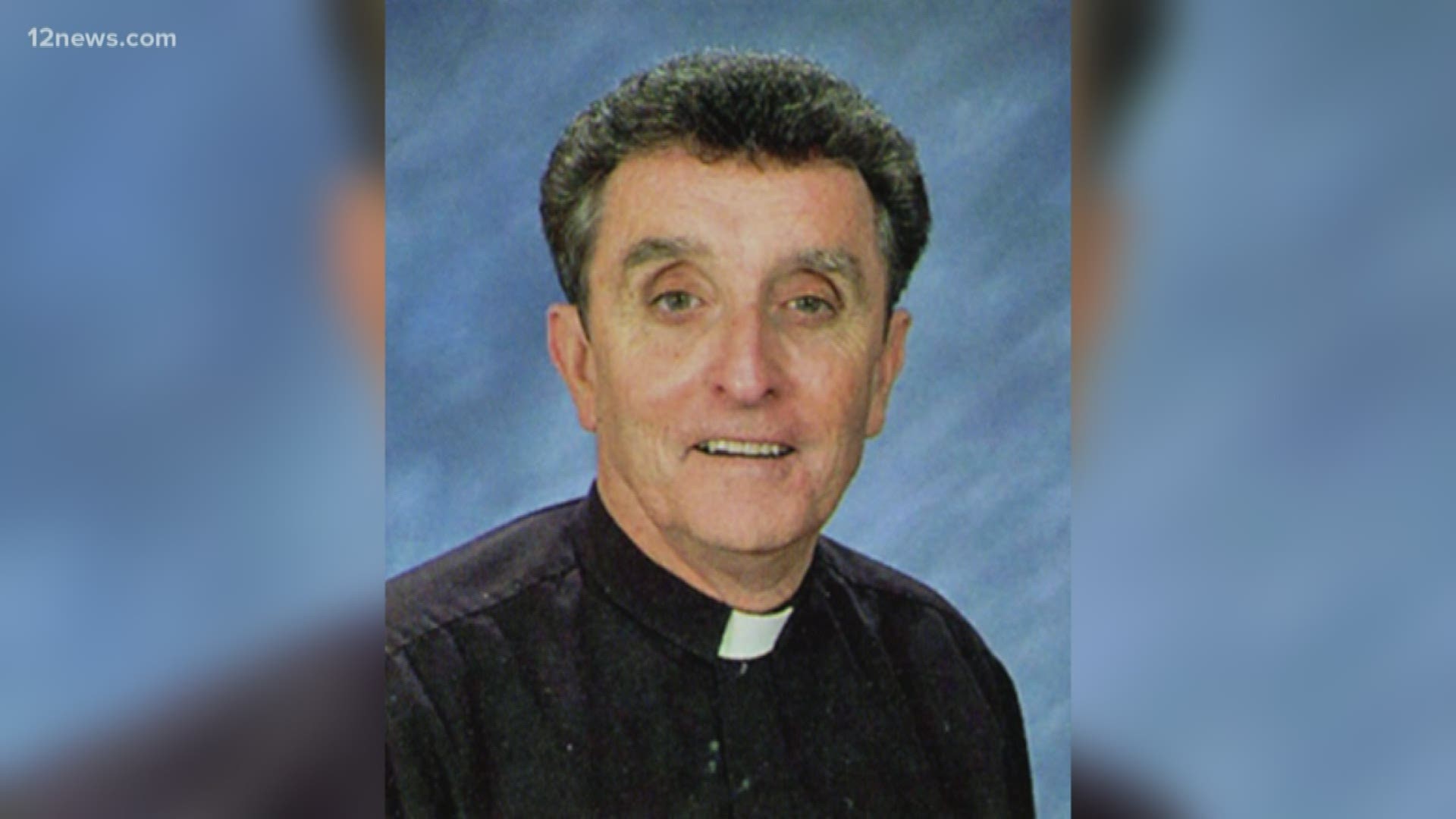