Sotelo-Heard Cemetery, a Mexican-American pioneer cemetery, is the final resting place for nearly 400 people between 1880 and the 1920s. 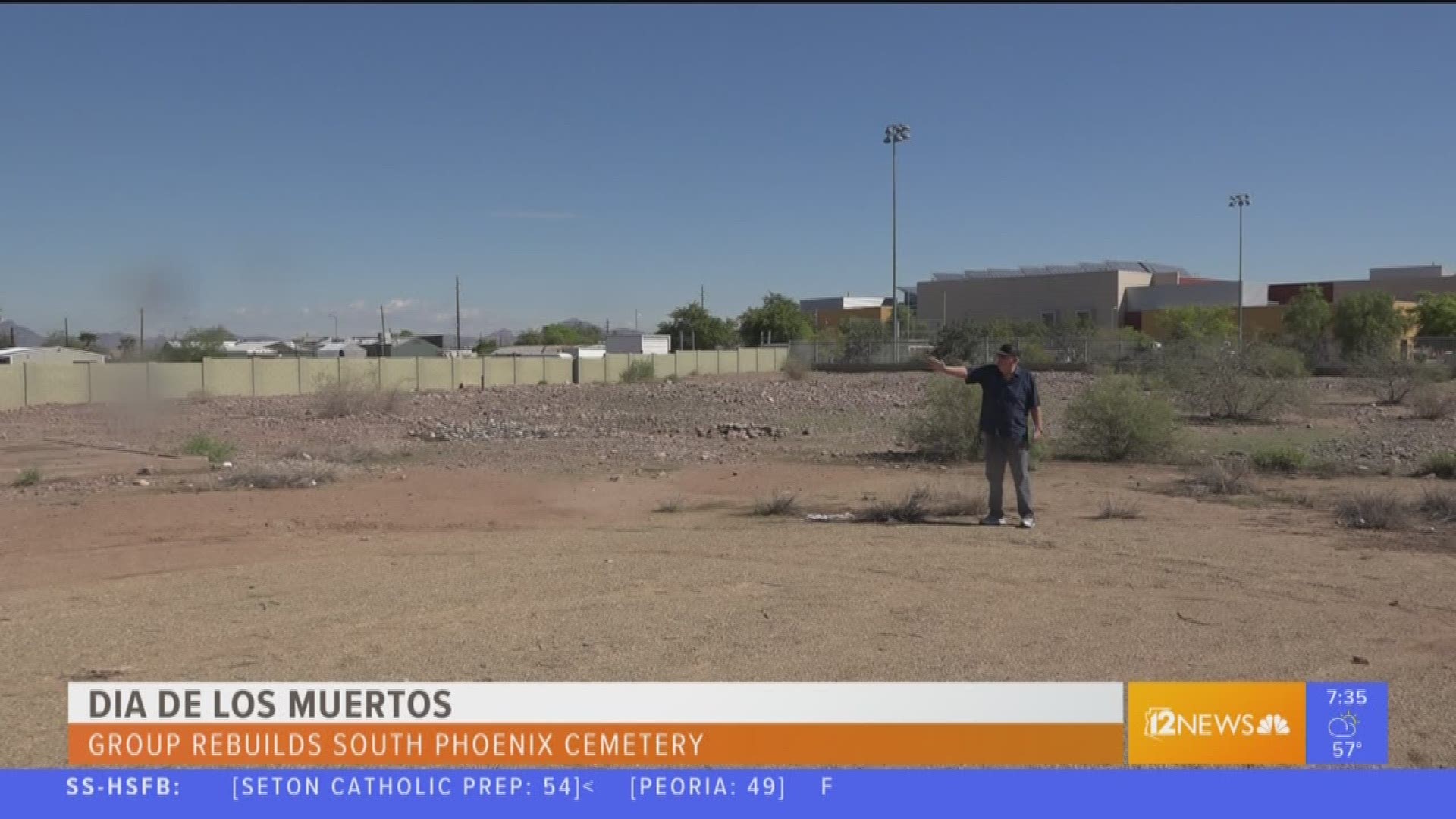 As the community gets ready to honor the dead during Día De Los Muertos, one cemetery in South Phoenix has all but been forgotten.

“Just because the people buried here were poor Mexican-American pioneers, it doesn’t mean they should be forgotten,” Frank Barrios with the Pioneers Cemetery Association said.

Sotelo-Heard Cemetery is a Mexican-American Pioneer cemetery with nearly 400 bodies buried there between 1880 and the 1920s, many of the bodies are cowboys and their families, along with women and babies who died during childbirth.

Through the years vandalism, grave robbers and illegal dumping nearly destroyed it.

The cemetery is located in the middle of a South Phoenix neighborhood, there's not a road that leads up to it, not even a historic plaque indicating who is buried there.

Barrios grew up in downtown Phoenix. As a young man he remembers hearing stories about the mounds of rock and the remains of hundreds of people buried in Sotelo-Heard Cemetery.

Barrios is now a researcher for the City of Phoenix. His job is to identify historic properties. He believes the bodies buried here are of the cowboys and their wives and children who died during childbirth, many of whom worked at what was once the Heard cattle ranch.

“These were poor people had they been rich with a lot of money they would have been in the history book," Barrios said. "But they were poor Mexican workers they came in developed much of this area they were farmers and cattlemen."

The Pioneers Cemetery Association removed the headstones that were left and are safekeeping them until restoration takes places. They have also compiled a list of the people buried there based off the headstones and old obituaries.

The group’s goal is to raise enough funds to build a stone fence around that acre of land along with putting up a historic plaque. But they need donations.