‘It was such a roar’: Witness describes moment train derailed in front of her in Tempe

One Valley bicyclist was just feet away from the disaster as it began to unfold. 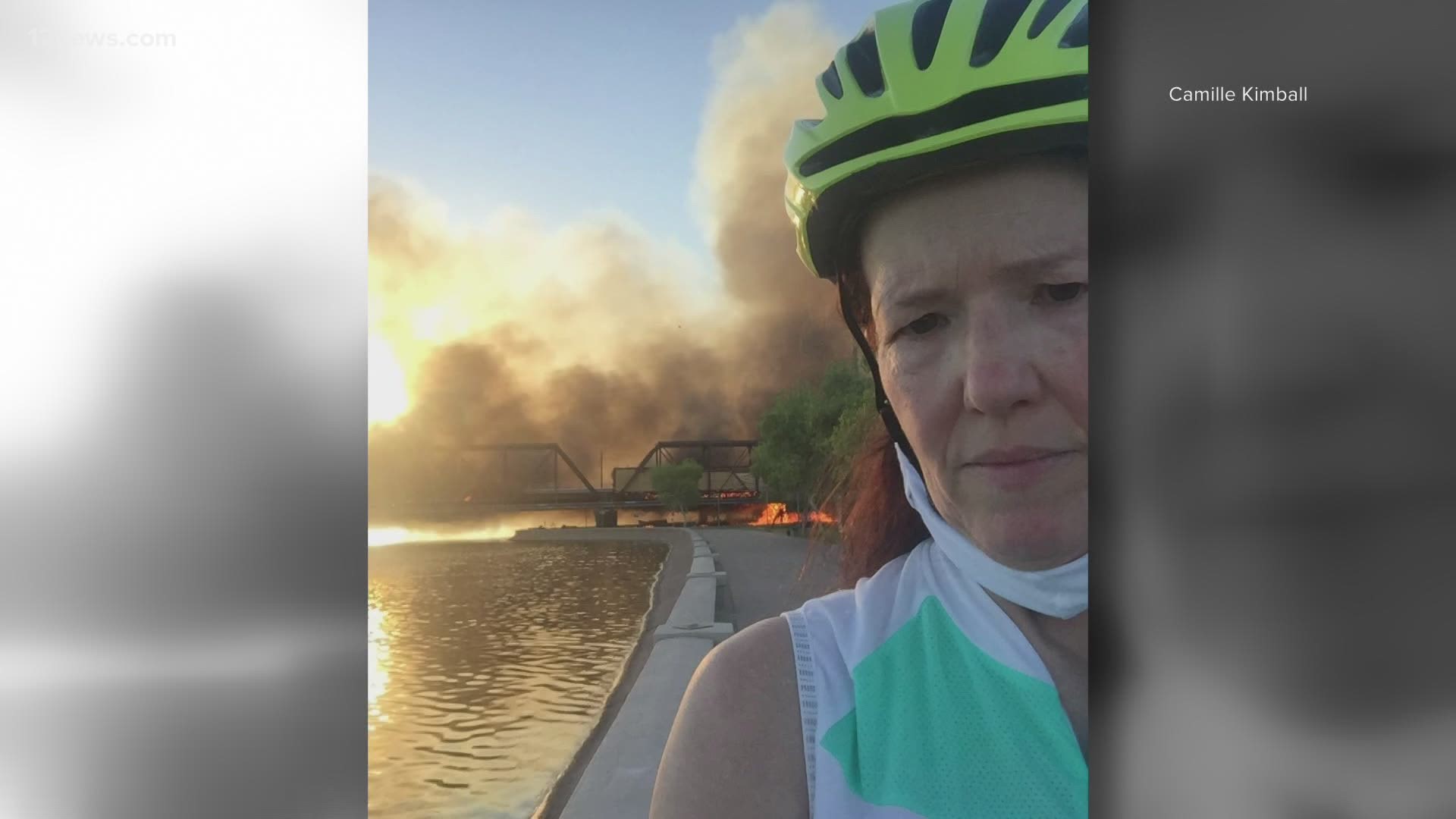 TEMPE, Ariz. — The silver lining in Wednesday’s Tempe bridge collapse, train derailment and fire is that nobody was hurt.

But one Valley bicyclist was just feet away from the disaster as it began to unfold.

“A big roaring sound, it was such a roar I thought there must be a jet engine nearby,” said Camille Kimball.

That was the sound Kimball heard during her morning bike ride under the Union Pacific rail bridge on Wednesday at Tempe Town Lake, and finding out that sound just seconds earlier was something serious.

“When I came out the other side of the bridge I turned around and… there wasn’t any jet. There was train cars falling the bridge tumbled and fire, more and more fire, said Kimball.

Kimball then realizing she nearly escaped tragedy that could’ve caused some serious damage.

“It was a terrible fright to think that I just got out of there with my life,” said Kimball.

“I can’t stop thinking about it…If I actually rode down there, I’d have to be humble about what I would actually experience in that moment,” said Kimball.

And says it’s something she won’t forget anytime soon.

The cause of this derailment is still under investigation. Stay with 12 News as we continue to look for answers in this accident.