'It all happened in an instant': Man shares story of survival after falling 70 feet during Arizona hike

Jacob Velarde is an avid hiker but even he admits, experience doesn't equal immunity from dangerous situations. 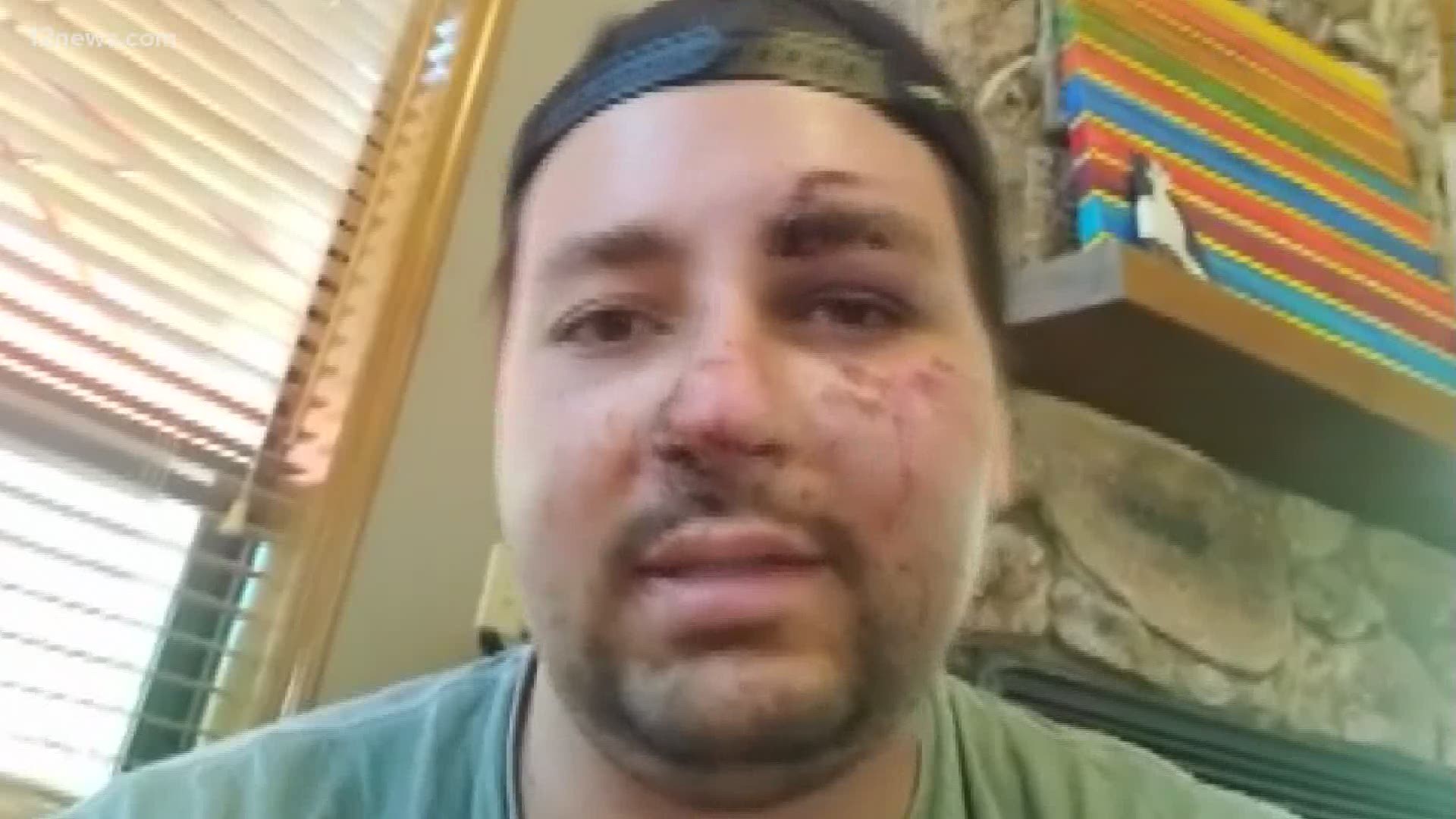 CAMP VERDE, Ariz. — It's an incredible story of survival after a valley man falls 70 feet during a hike in Camp Verde.

Jacob Velarde lived to tell his story with all of the terrifying details. Velarde is an avid hiker but even he admits, experience doesn't equal immunity from dangerous situations.

"After feeling the ground fall beneath me, at that exact moment, I was like this is it, I'm going to die," he told 12News.

He spoke about the life-threatening fall dozens of feet down Indian Maiden Falls where he originally started the five to six-mile hike with his brother who ended up turning back about a mile in.

"I gave him my keys to my car and he could wait for me and I'll be up there in the morning. It all happened in an instant really, I remember pushing down and then hurting a ton, flinging around and landing on the bottom and hitting my head on a rock," he explained.

After suffering several broken bones, bruises and bone fractures in his skull, Velarde is thankful to be alive.

"I'm not paralyzed, I'm not impaled, I survived that without any super serious injuries, I knew I'd hit my head and had a concussion but my thoughts were just on survival," he added.

He lied at the bottom of canyon alone for more than 24 hours, trying to stay positive and patient.

"The biggest thing I had was a water purifier my brother gave me two years ago. This was the first time I had used it and it really saved me," he added.

After agonizing hours in disbelief along with a battered body, a family found Velarde at the bottom of the cliff.

"As soon as they found me, the dad ended up almost jogging three-quarters of the way out just to get a signal," Velarde said.

Rescue crews were able to get him to the hospital and even through days of soreness and a lifetime of new scars, Velarde says he will hike again.

"It kicked my butt the first time but I plan on kicking it's butt the second time, now that I really know how to get down," he added.

His advice for hikers: remember it's okay to turn around if you're unsure of hiccups on a trail, it's better to play it safe, for your own personal safety.