Phoenix has been working with ASU to research a cooling solution the city applied to eight neighborhoods and one park last year. 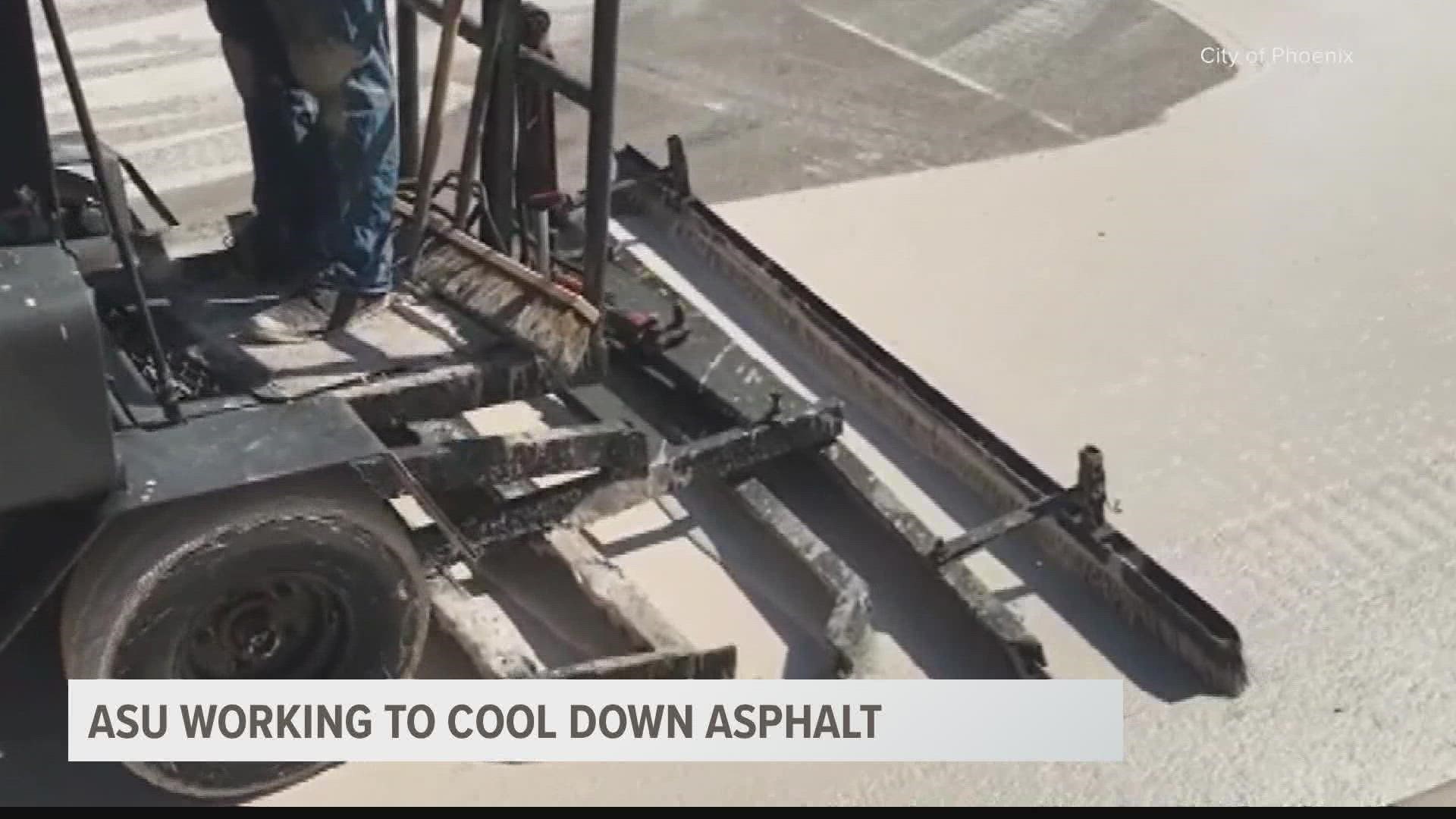 PHOENIX — Did you know that the temperature of Phoenix city streets can be as high as 180 degrees in the summer?

The city has been working with Arizona State University to research a cooling solution the city applied to eight neighborhoods and one park last year.

Through the Cool Pavement Pilot Program, certain streets that encompass 36 miles were treated with what they call 'CoolSeal.'

Jennifer Vanos, Assistant Professor in the School of Sustainability at Arizona State University, said it's a lighter colored road surface that has a white-gray tint.

How does it work?

"Instead of absorbing so much sunlight, it reflects more of the sunlight back out of the city, back out into space."

So, it shouldn’t feel as hot.

"If it was a traditional dark asphalt it might only reflect about 12% of that sunlight, but with CoolSeal, when it's first applied it reflects about 38%."

One year later, there's still a lot to learn.

"So some of the answers around success for this are going to take about five years to figure out."

But it's safe to say: so far so good.

ASU recently revealed that surface temperatures of the roads with the reflective CoolSeal stayed as much as 12 degrees cooler than non-treated streets all summer around noon.