The real-life insurance agent Patrick Minnis tells 12 News he got the gig randomly! 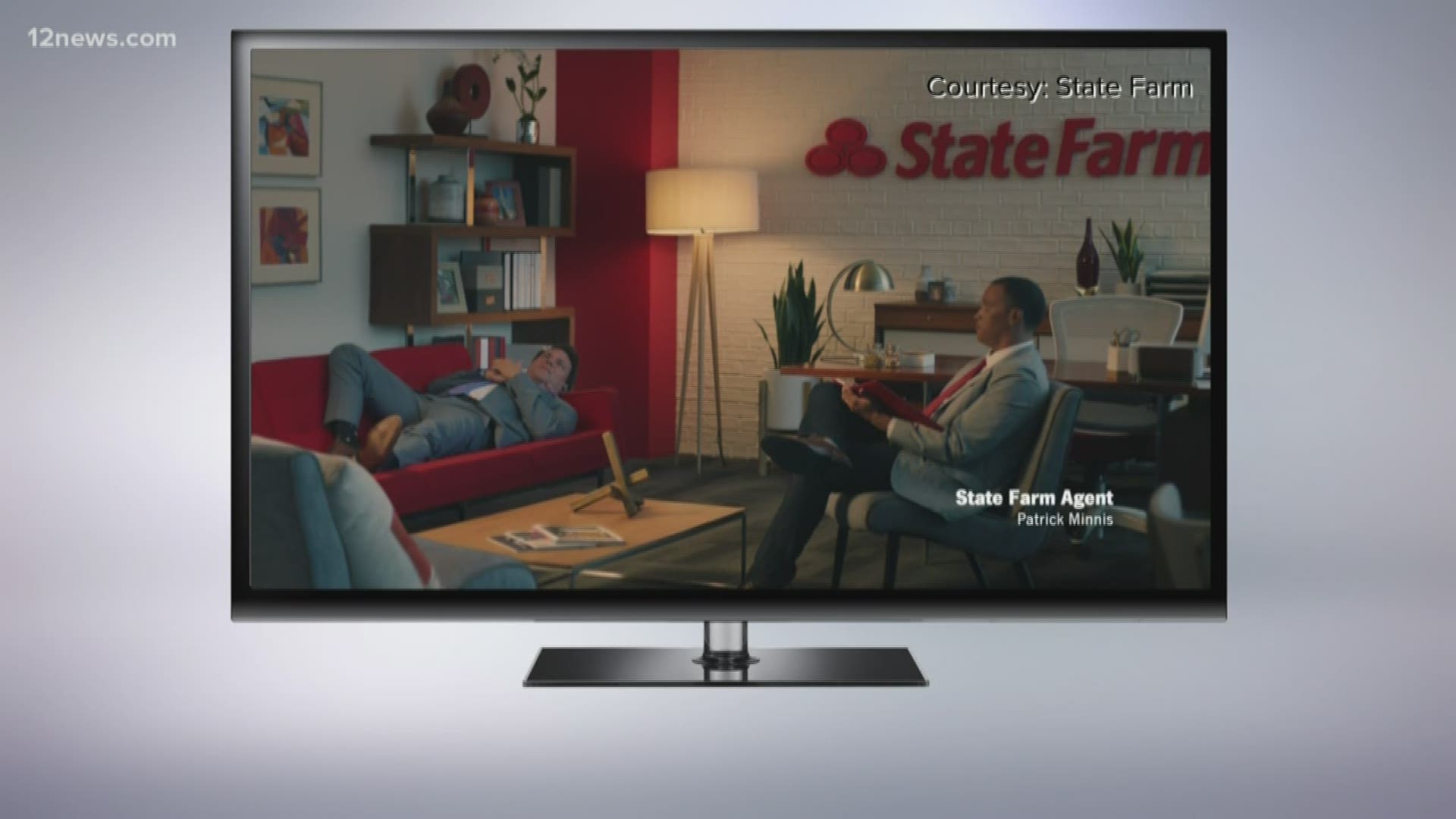 TEMPE, Ariz. — As the commercial goes, "like a good neighbor, State Farm is there" and in this commercial with NFL quarterbacks Aaron Rodgers and Patrick Mahomes, that neighbor is also one of ours! One of the stars of the State Farm commercial you've been seeing on Sundays lives in Tempe.

The real-life insurance agent Patrick Minnus tells 12 News he got the gig randomly.

"Just sitting at my desk and got a phone call and they asked me if I wanted to audition for some commercials," Minnis told us.

"There's so many Packers fans here, so everybody knows Aaron Rodgers and they all wanted to know what he's like, and he couldn't have been nicer," he added.

The State Farm rep flew straight to Hollywood to do a week of taping over the summer.

"Both quarterbacks couldn't have been nicer and obviously very talented quarterbacks probably two of the most talented QB's in NFL," he said.

He's worked locally for State Farm since 2011 and says usually reps only get one go at the commercials, if at all.

"You're only supposed to do once and I lucked out and got to do it twice!" Minnis said.

Even though the Cardinals are his favorite NFL team, he is now an honorary Cheesehead.