In honor of Veterans Day, the plane will be restored and moved to Veterans Oasis Park on Chandler Heights Road. 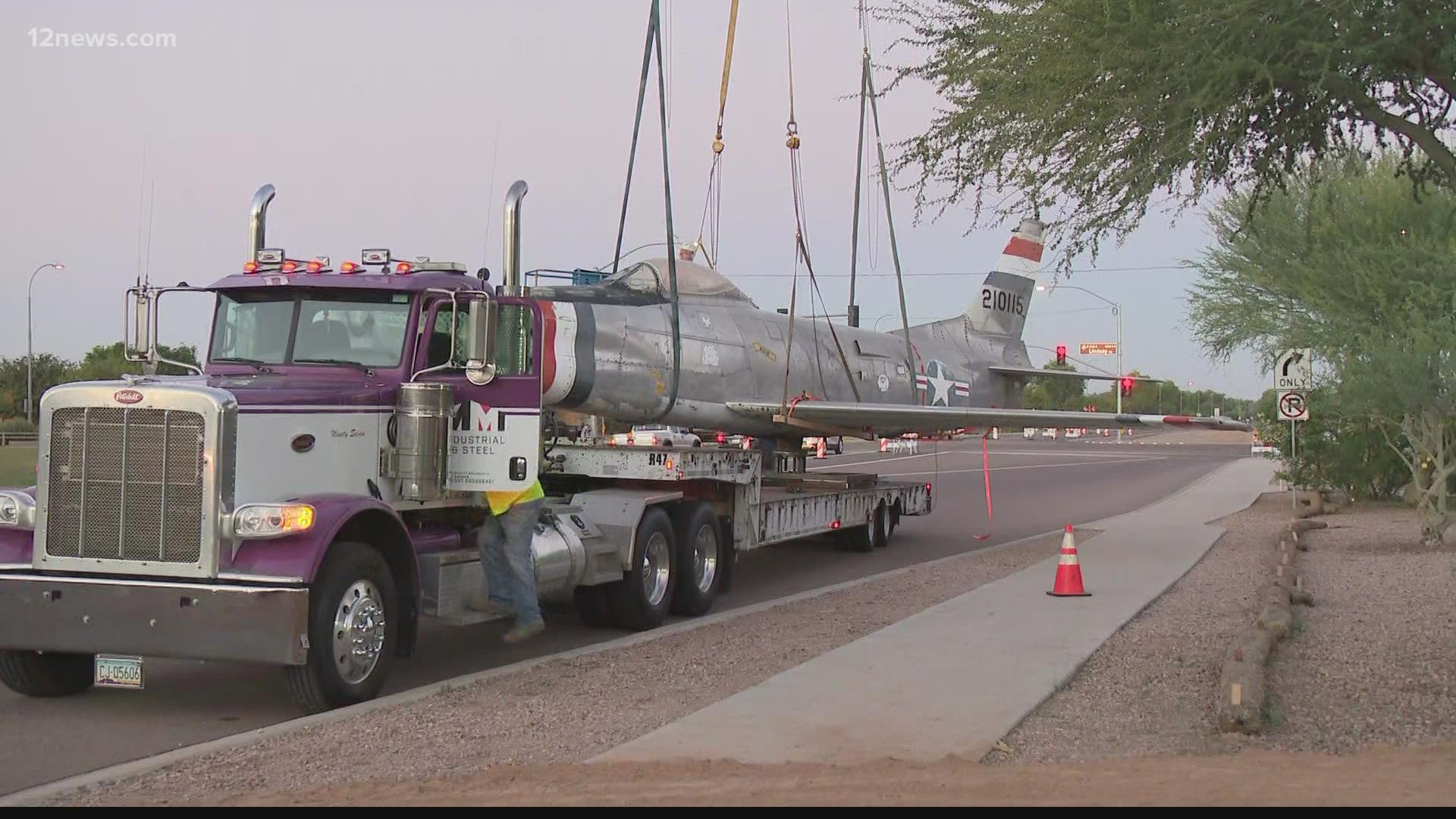 CHANDLER, Ariz. — A historic landmark in Chandler will be relocating next month for a good cause.

Those familiar with downtown Chandler may have noticed the Korean War-era plane that sat on the corner of Delaware Street and Chandler Boulevard for nearly four decades.

Now in honor of Veterans Day, the plane will be restored and moved to Veterans Oasis Park on Chandler Heights Road.

The F-86D Sabre Dog plane will be moved to the park as part of the new Field of Honor Veterans Memorial. The memorial will have two levels and will feature several elements to honor those who serve.

The restored plane and the rest of the memorial will be unveiled at a ceremony held on Veterans Day.

City of Chandler officials deemed the plane a significant symbol of the town's rich history with the Air Force. At the base of the plane is a plaque honoring the officers and airmen who served at the Williams Air Force base, which was located east of Chandler and active from 1941 to 1993.

The warplane first landed in Chandler in 1961 as a loan from the National Museum of the U.S. Air Force. The plane moved to its iconic corner from Dr. A.J. Chandler Park during the 1980s.

The F-86D Sabre Dog served from 1951 through 1961 as a defensive aircraft and was known for its speed, as it set several records topping out at over 715 mph.

Sabre Dogs were an integral part of the fighter jet era following World War II due to the planes' nosecones housing a targeting radar system.