'I'm not a neglectful mom': Body cam video released from arrest after baby left in car in Target parking lot

One officer is heard talking to another officer and says, "I hate to be the [expletive] but I'm charging her. There's no excuse for that, man." 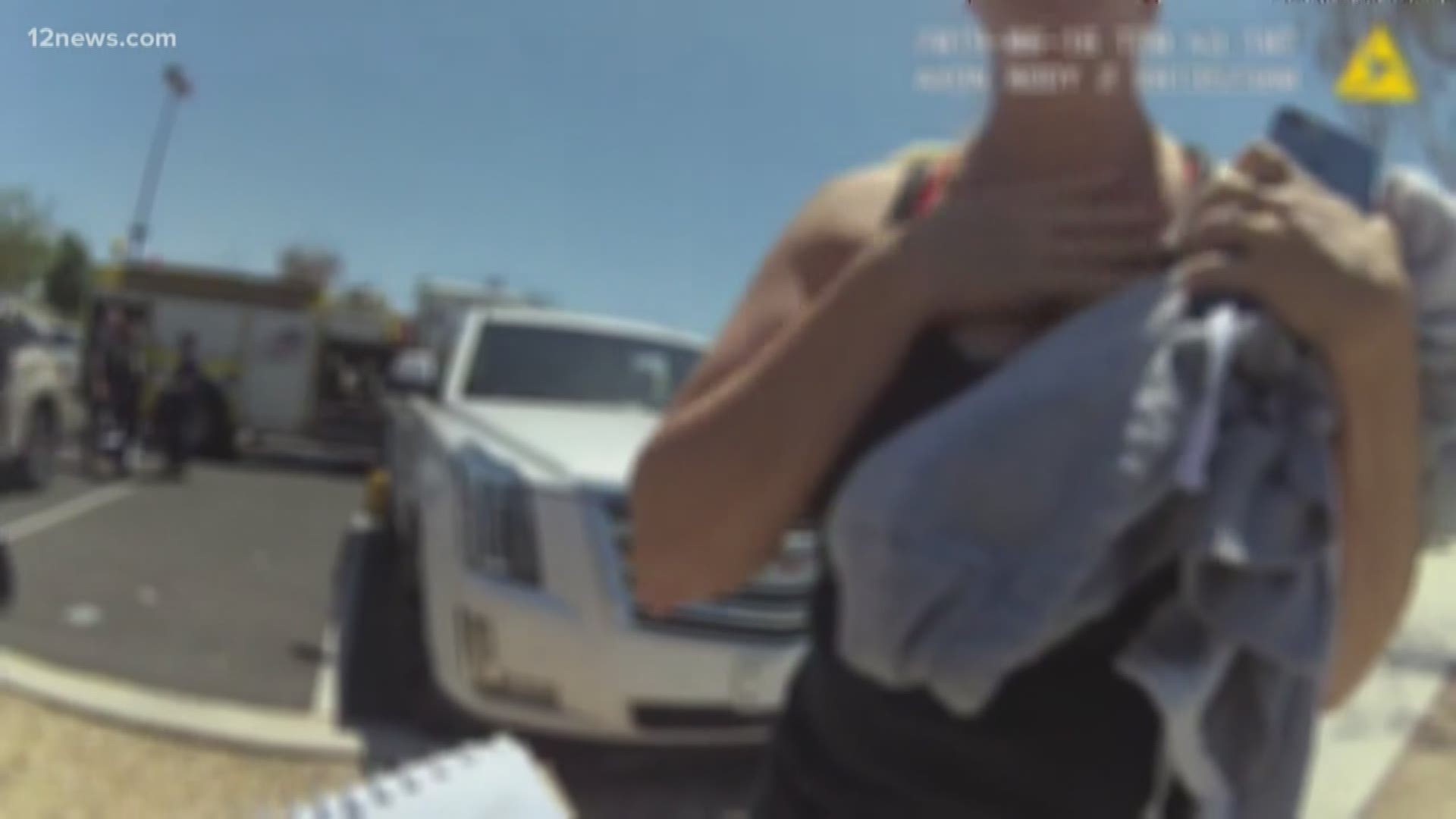 GOODYEAR, Ariz. — Police released body camera footage from the June arrest of a mother who said she accidentally left her 5-month-old in a car in a Goodyear Target parking lot when she, her sister and other daughter went into the store.

The infant was taken to the hospital in stable condition.

In body camera footage, 37-year-old Stacey Holly and her sister, who called 911 for medical services after they realized they left the baby in the car, are heard telling officers they forgot the 5-month-old in the car and did not know how it happened.

Officers are heard on camera saying it was about 99 degrees outside.

One officer is heard talking to another officer and says, "I hate to be the [expletive] but I'm charging her. There's no excuse for that, man."

Police said in their report Holly stated after the arrest she was distracted and forgot the infant in the vehicle.

Police said the infant appeared to be sweating and was red in the face.