If you receive mysterious seeds from China, you're asked to give them to Arizona agriculture officials

There have been recent reports of people getting packages of seeds from China for no apparent reason. 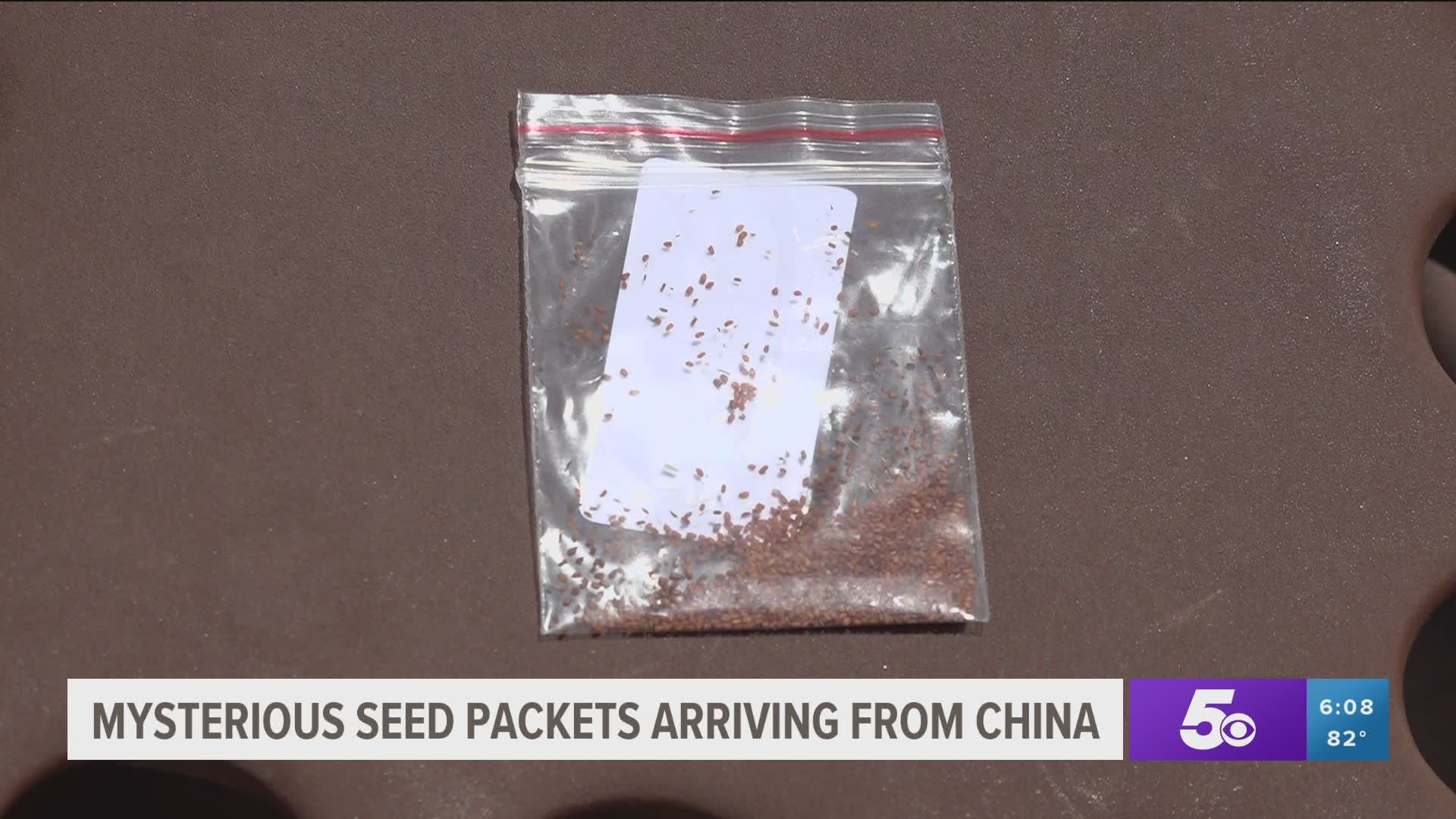 PHOENIX — The Arizona Department of Agriculture is asking people to reach out to their offices after recent reports of residents receiving mysterious packages of seeds from China for no apparent reason.

The department is asking residents not to throw the seeds away, or worse yet plant them, but to drop them off at several locations so they can determine what they are.

The USDA is working with multiple departments across the country to prevent invasive pests or weeds from reaching U.S. soil.

The Prescott Police Department says they've received multiple calls about the seeds and added that it could be part of a “brushing scam” where people receive unsolicited items from a seller who then posts false customer reviews to boost sales.

But authorities are still advising people to turn the seeds into the state agriculture department.

If you received any seeds without solicitation, you’re asked to drop them off at any of these locations:

RELATED: People are getting mysterious seeds in the mail from China; states warn you should report them, not plant them