Small businesses are in need of bank loans to keep afloat during the economic hardship of COVID-19. 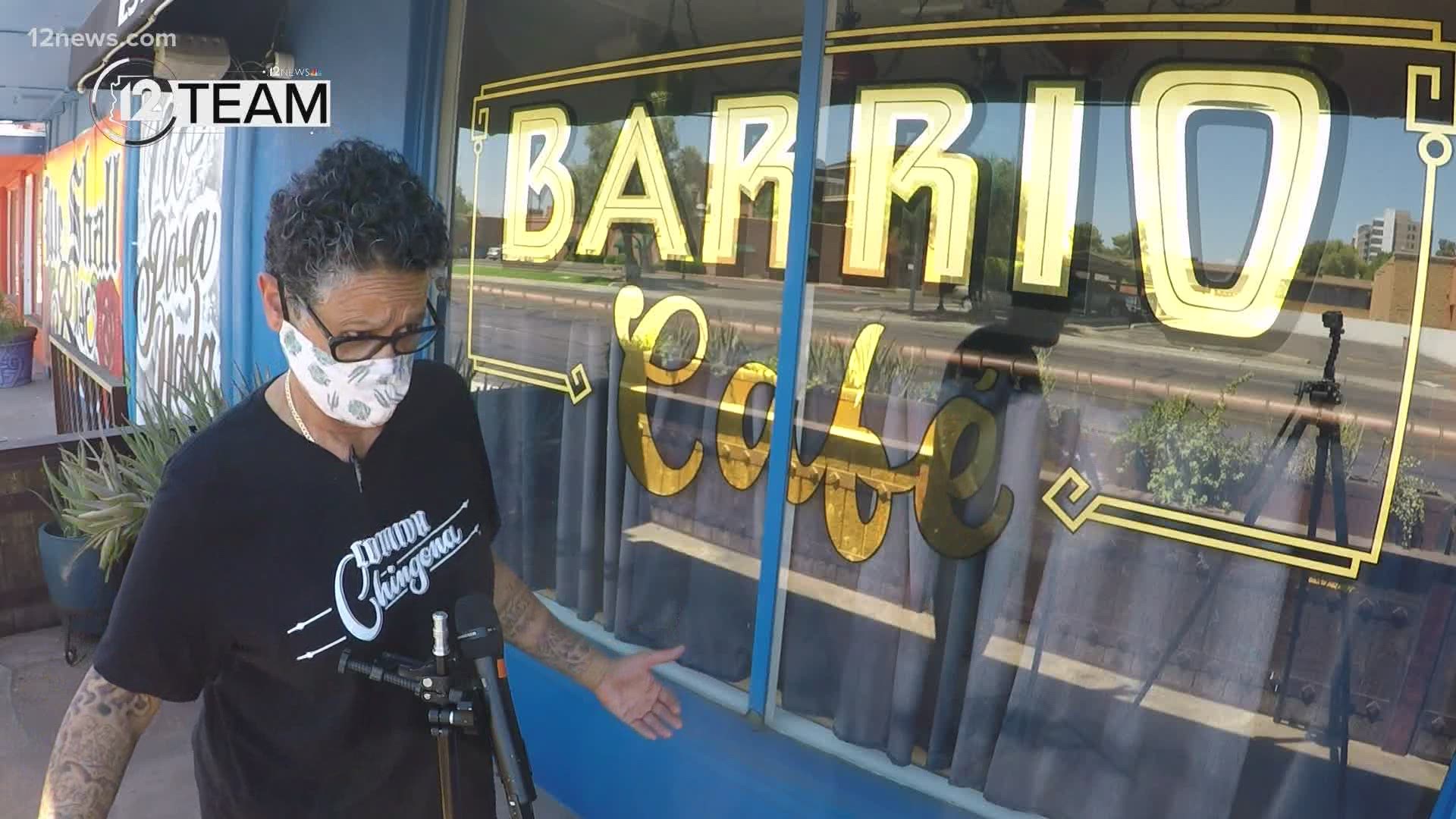 The founder of the iconic Barrio Café has been forced to close one restaurant and employ just ten people at her flagship restaurant near 16th Street and Thomas Road. The restaurant is currently open for takeout and limited seated dining.

“How can I put it in a metaphor? Perhaps my restaurant is an ICU and right now we’re on a ventilator,” Esparza said.

Esparza failed to get a Paycheck Protection Program forgivable loan from her longtime bank, Wells Fargo.

On Friday, April 3, Esparza’s accountant visited their Wells Fargo branch on Central Avenue with documents in hand to apply for a loan, Esparza said.

A Wells Fargo representative told them to return the following Monday, and in the meantime apply for the loan online. On Sunday, Esparza said she had not applied online yet when she learned Wells Fargo announced available PPP money was gone.

“Just like that, we had no chance to get anything,” Esparza said.

The 18-year restaurant that has lifted the property value of an entire block of homes and businesses is now in jeopardy of closing.

“The only thing this experience has done is magnify the inequity, inequality that exists for the marginalized,” Esparza said, noting that she is a minority and female business owner.

Wells Fargo said that they processed “expressions of interest” and PPP applications from business owners strictly on a first come first serve basis and did not collect ethnicity or demographic data of any kind, “thus making it impossible to distinguish, much less discriminate based on these factors,” a spokesperson said.

“We value Chef Esparza and her relationship with Wells Fargo, and we wish we could have helped every single small business seeking a PPP loan,” said Arizona Wells Fargo spokesperson Liana Enriquez in an emailed statement.

“We used multiple communications channels to inform customers of the online-only process …We do regret any instances where this was not clear for whatever reason.”

But for a restaurant owner who means so much to the community, perhaps it shouldn’t have been so difficult to secure a loan.

Esparza questioned why many banks gave massive loans to businesses that didn’t seem hurt by COVID-19. For example, more than a hundred Arizona charter schools that rely on a fixed public formula to pay their teachers took tens of millions in PPP money.  State funding formulas didn’t change through COVID-19.

“The whole situation with the PPP originally, I thought it was a restaurant bailout, which it should have been,” Esparza said.  “You could have gone with hair salons, restaurants, anything that needed to close down, let’s do it. But a charter school? Really?”

“If they are going to renew some version of it, we need to see changes so that the money goes to the Mexican restaurant that you mentioned earlier and that there is transparency so we know how the money is being spent,” said Kyle Herrig of the nonprofit Accountable.us.

“Since the CARES Act was passed, Kyrsten has been calling on the SBA to comply with language in the CARES Act that directs SBA to instruct lenders that they should prioritize businesses in underserved communities, minority and women-owned businesses and businesses that had been open for less than two years,” said Sinema spokeswoman Hannah Hurley in an email to 12 News. “Kyrsten is disappointed the SBA still has not issued that guidance.“

Accountability measures are in place that allowed the government to audit businesses after they’ve received the loans, Hurley said.

Fortunately for Esparza, a customer of hers who happens to be a banker stepped in to help after he learned about her plight. He was able to secure a smaller amount of PPP money for Esparza that lasted two months.

Esparza has a sliver of hope she can save the Barrio Café and has decided to re-open for in-person dining. 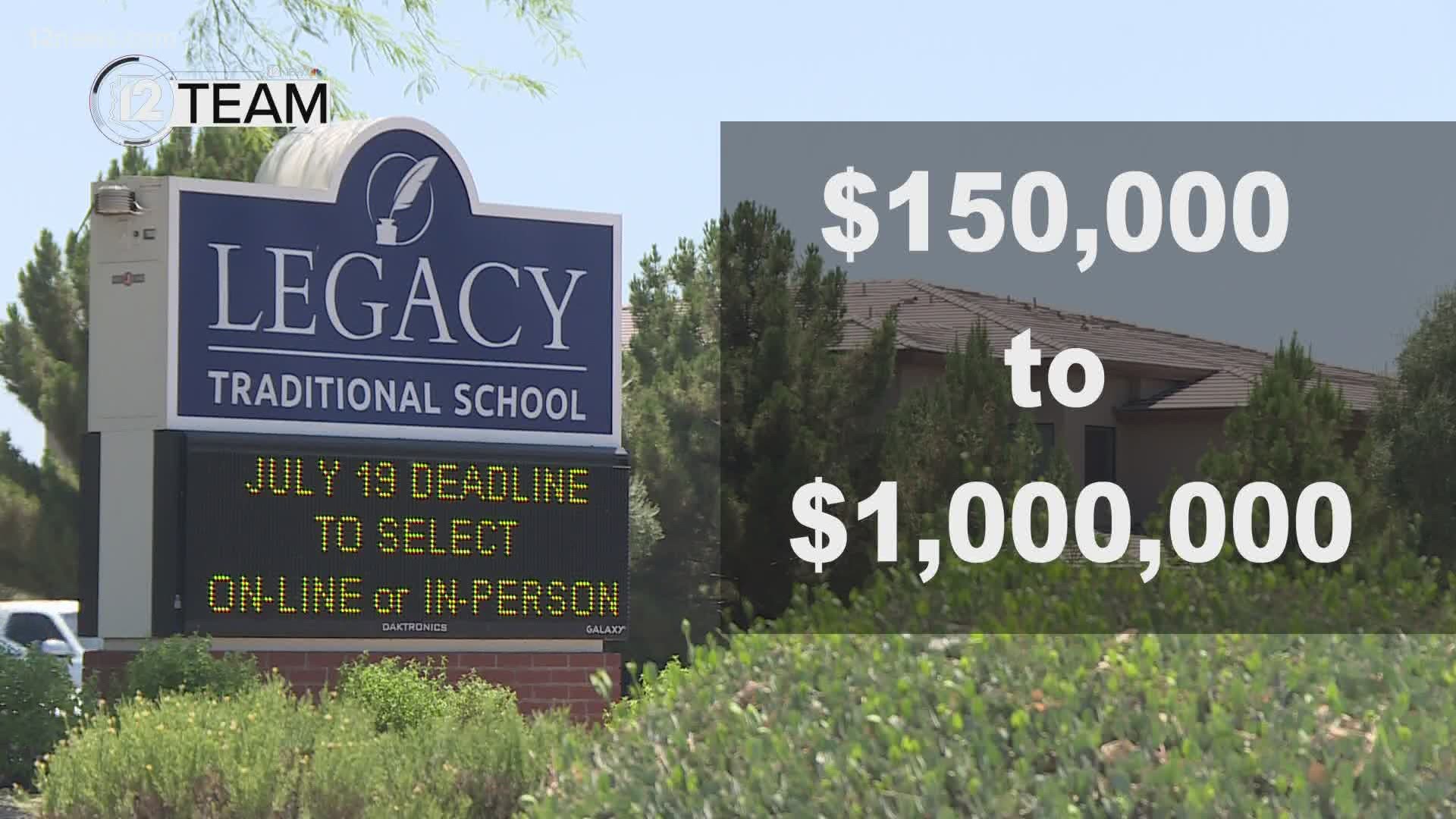