'I will give you a hug': Video shows Chandler officer talking man off freeway bridge 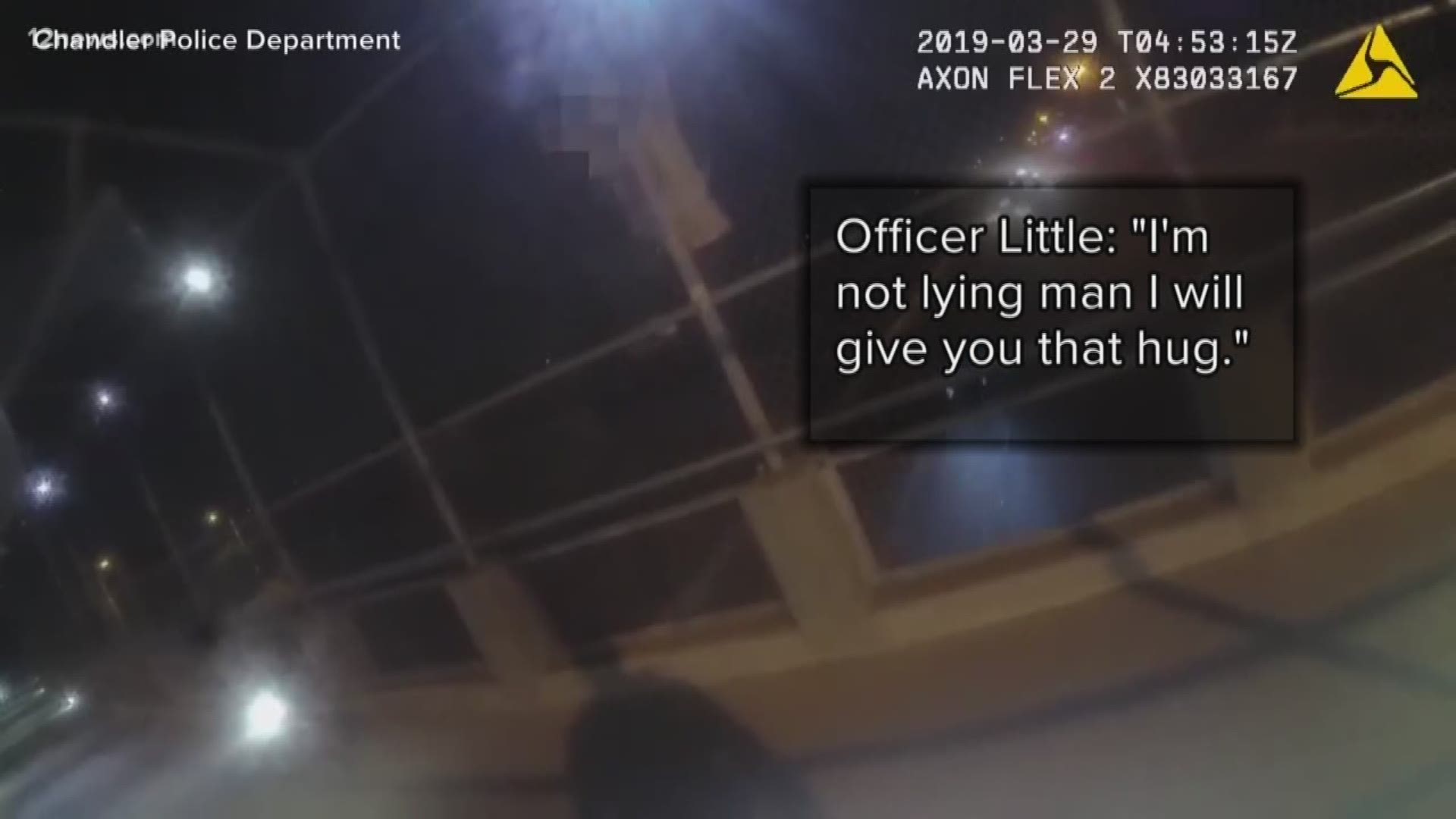 An early-morning encounter with a man who appeared to be ready to jump from a pedestrian bridge has many praising the actions of a Chandler police officer.

Police said a 26-year-old man climbed the protective railing of a pedestrian bridge that spans the Price Freeway on March 28. Chandler PD referred to the man as being "suicidal" with the intent to jump from the bridge.

In the footage, Officer Little can be heard attempting to comfort the man after telling other officers to stay off the bridge.

"I'll hug you man, I don't care," Officer Little said. "I need you to come over here with me."

As the man appears to be trying to climb lower on the other side of the protective fence, Little pleads with the man to climb back over.

"Don't you want that hug, then come up here, I will give you that hug," Officer Little says.

"I am not lying man, I will give you that hug. Please climb over the fence, buddy. Please. It's just me and you man, that's it."

The man eventually climbs back over the fence and in tears finally gives Officer Little that hug.

"Come give me that hug," Little says. "I'm not going to do anything to you, just don't grab my gun, all right."

As they embraced, Little asked the man if he was OK. The man responded with an emotional, "yes."

Having convinced the man to return to safety, Officer Little then begins walking with the man off the bridge and back to his car.

"You can put your arm around me, I don't give a crap, man," Officer little tells the man.