'I have to find my child, my son': Man travels from South Carolina to help with search efforts after son is missing for 2 weeks 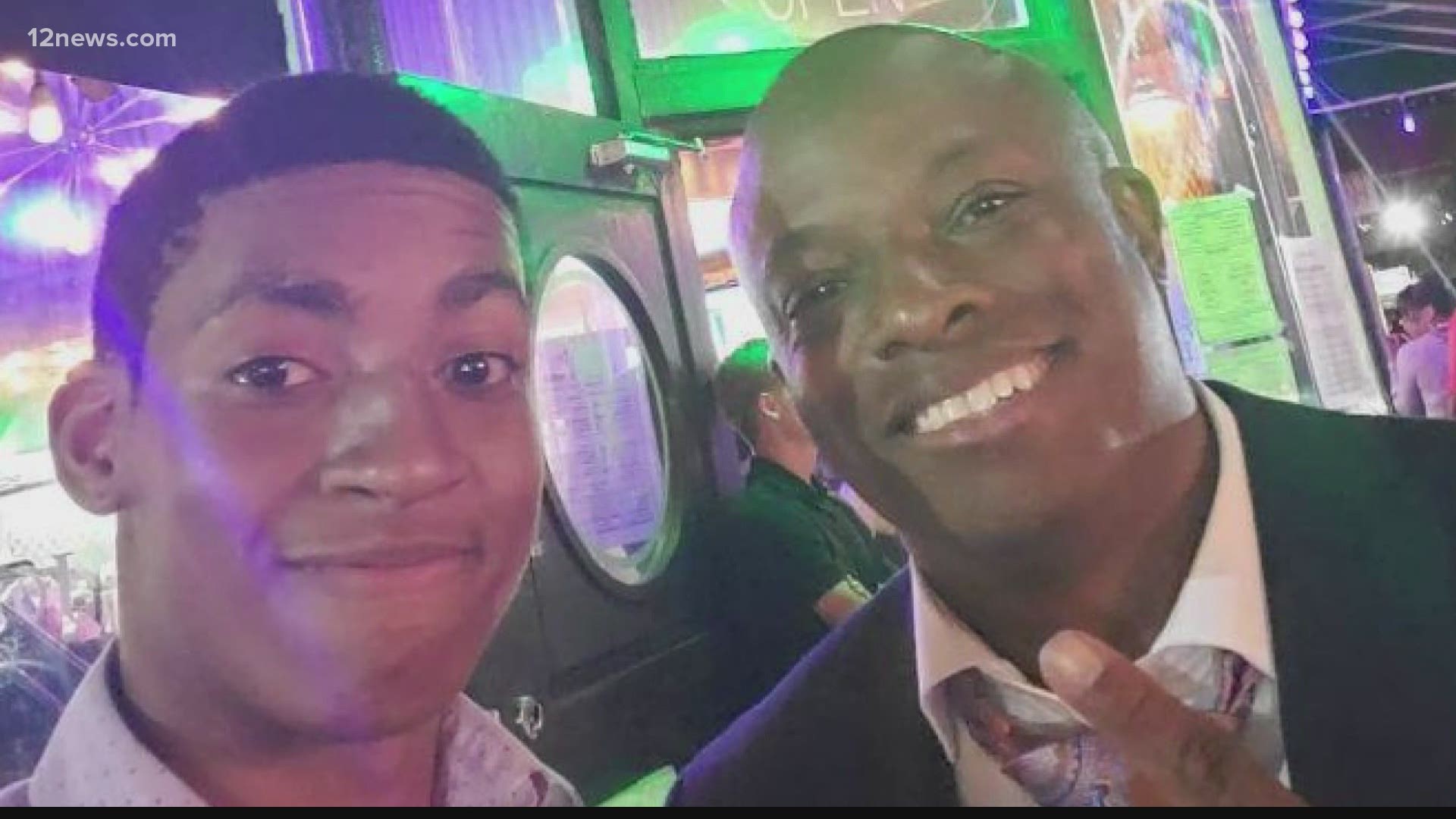 “I have to find my son,” said David Robinson sitting in his Valley hotel room.

He'd just return from searching in the desert with Buckeye investigators, with little sleep and a heavy burden. He drove from his South Carolina home last week after his son disappeared.

“I’m trying to make calls as I’m driving. I had hopes by the time I got here something would turn up. I would see my son and put my arms around him and talk to him and find out what’s going on,” said David Robinson remembering the journey.

Buckeye police said that Daniel Robinson was last seen driving a blue 2017 Jeep Renegade away from his worksite near Sun Valley Parkway and Cactus Road heading west, further into the desert area.

According to the department, Daniel Robinson had not told anyone where he was going or why he was leaving. Investigators said a ping was established on his cell phone but no location data was available due to the phone being off or out of range. It did not appear he'd made any calls or texts after leaving the site.

Detectives learned from family, friends and co-workers that Daniel Robinson’s behavior in the days prior was not like himself at times but there is no indication that he wished to harm himself or leave the area.

"It's very out of character," said David Robinson. "He would never go anywhere without telling family."

Phoenix Firebird assisted Buckeye police with a thorough area search in the days immediately after his disappearance but did not locate him or his vehicle.

Here are two maps of the search area.

"The area he was last seen in is a desert so you have to prepare for that, you have to get water, certain things to go out there and look," said David Robinson.

His son graduated three years ago with a major in archeology and moved to Tempe to work for Matrix New World Engineering. In a statement to 12 News, Senior Vice President Dennis Petrocelli confirmed Daniel Robinson has worked for the company for the last two to three years.

"Daniel is an employee and we have been coordinating with the family to the best of our ability. Daniel has worked for us for two to three years as a field geologist and is a valued member of our team. We are very concerned."

David Robinson said he will stay in Arizona as long as it takes, hoping and searching until his son returns home.

“We are not going to stop, we are going to spread the word as far as we can. I have to find my child, my son.”

How you can help

The family has set up a website, Please Help Find Daniel for the public to contact them with any information regarding the disappearance of Daniel. The family has also set up a GoFundMe account.