'I feel like I'm not safe there': Employee finds noose at Amazon warehouse

Quinice Jenkins is calling for accountability as Amazon said they are investigating the incident. 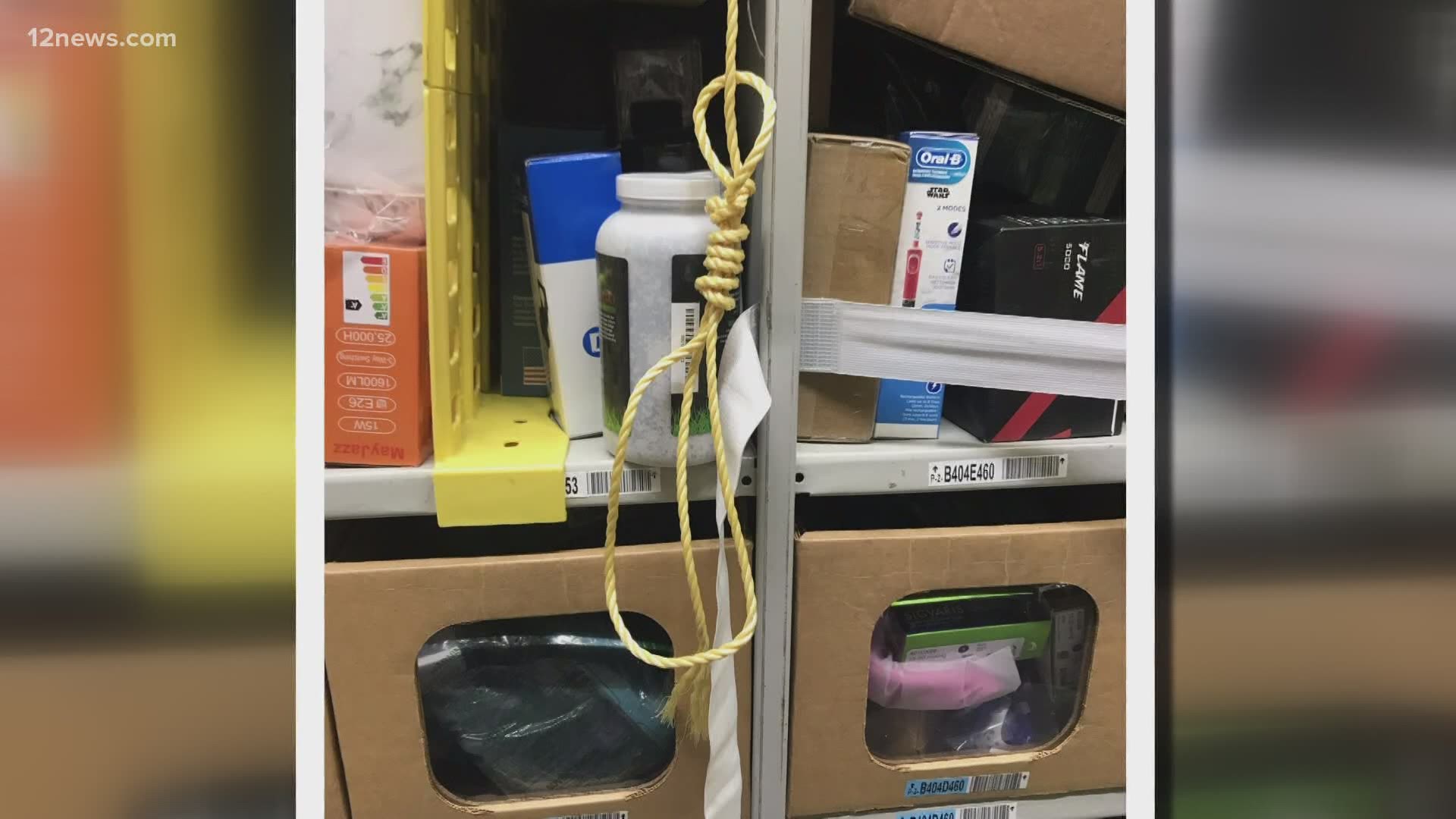 PHOENIX — A Valley Amazon worker is calling for accountability and is afraid of what’s next. During a shift two weeks ago,  she said she found a noose strung up for any employee to see.

“I feel like I'm not safe there,” said Quinice Jenkins, an Amazon employee for the last two years.

Jenkins said she requested to be moved out of the east wing of the Phoenix Amazon warehouse on 51st Avenue because it was too populated.

Her managers moved her to the west wing of the building. It is there when checking the boxes she was assigned to, that she noticed a long, skinny rope that was tied in a specific way.

“There was a noose hanging there,” Jenkins said.

Amazon has ropes tied from the top of each shelf in order to provide a visual line-of-sight to ensure employees are storing products in compliance with fire code. Quinice Jenkins said the rope looked like it was cut and intentionally tied in the shape of a noose.

She brought her concerns to management.

“I took her to see the noose and she said, ‘What’s the problem?'” Jenkins said.

Jenkins said she explained the history of what a noose can mean.

Her family is from Mississippi, and she remembers stories of her parents and grandparents telling her the horrible stories of family members and family friends being lynched just because of the color of their skin.

It is highly unlikely that Jenkins was targeted specifically, but she fears it is a message to any of the black workers in the warehouse.

“They don’t mind which one it is, as long as it is one. So me being one, I was afraid,” Jenkins said.

Jenkins eventually spoke with the building human resources manager. There she was told she could go home but without pay.

“I was shaken, teary-eyed. It was really traumatizing from me,” Jenkins said.

“Under employment law, all employers, especially Amazon, has to make sure there is a safe environment for their workers,” said Benjamin Taylor, representing Jenkins as her attorney.

In a statement, an Amazon spokesperson said:

“Amazon has a zero-tolerance policy on any kind of harassment or discrimination. Our team immediately took action to begin investigating and to support the employee. We’re committed to ensuring that all of our colleagues feel safe, valued, and supported in the workplace.”

Amazon said to ensure this doesn’t happen again, our team has removed all of the rope – over 100,000 square feet across the building – and is replacing it with elastic banding.

Jenkins said there have been no warehouse-wide emails sent about the noose and she has not heard if anyone has been fired.

Jenkins has lived without getting paid for the last week and a half waiting to see what will happen next. She does not want to live without a paycheck but said she no longer feels safe in the warehouse.

Jenkins said there were no problems or concerns for her safety before this incident. However, she is worried this could be the first step into something more.

• 'It’s not an even playing field': Schools moving online leading to low attendance and different standards 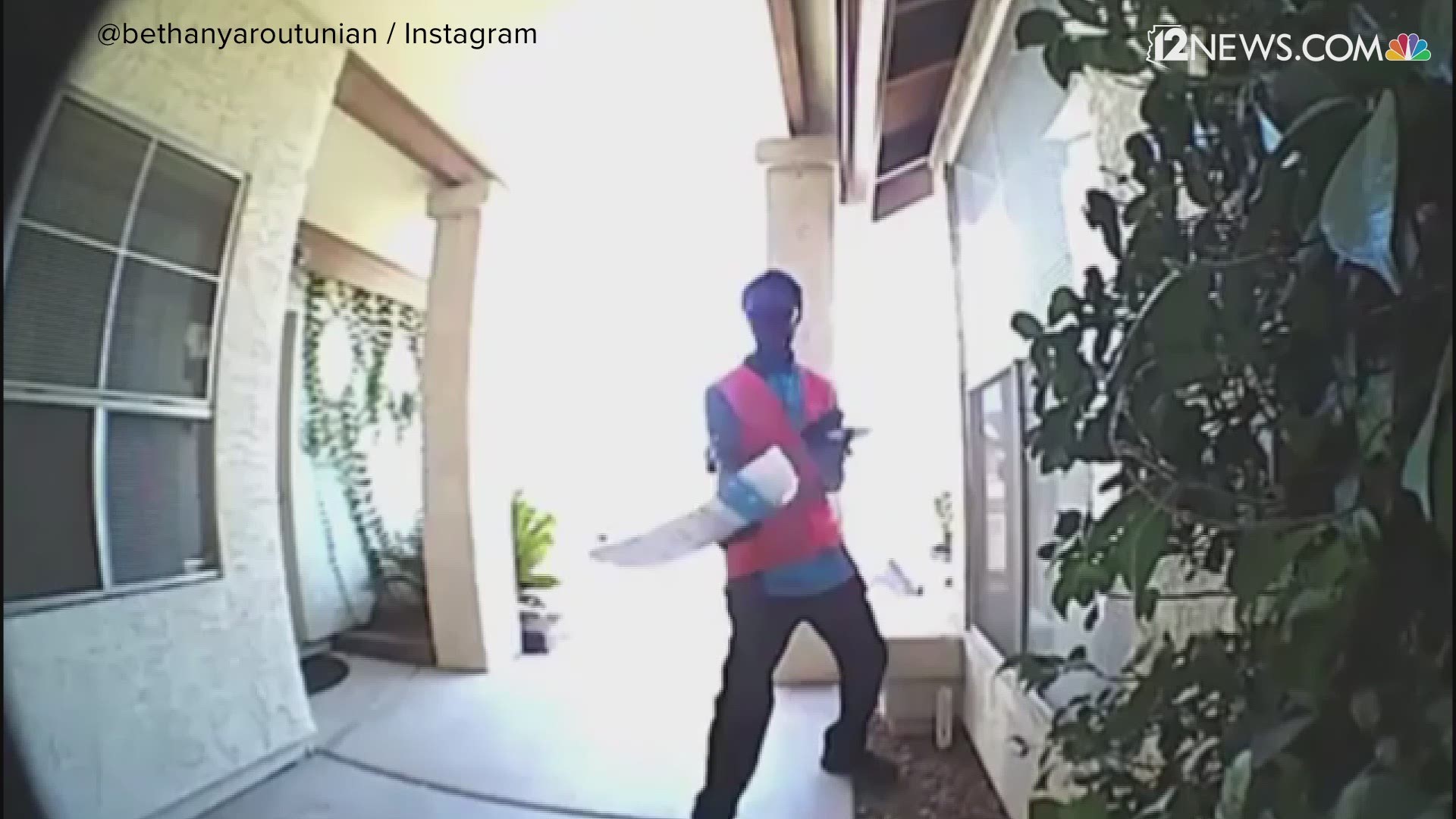