Dion Johnson and George Floyd died at the hands of law enforcement officers on the same day. Demonstrators have been marching in Phoenix to protest their deaths. 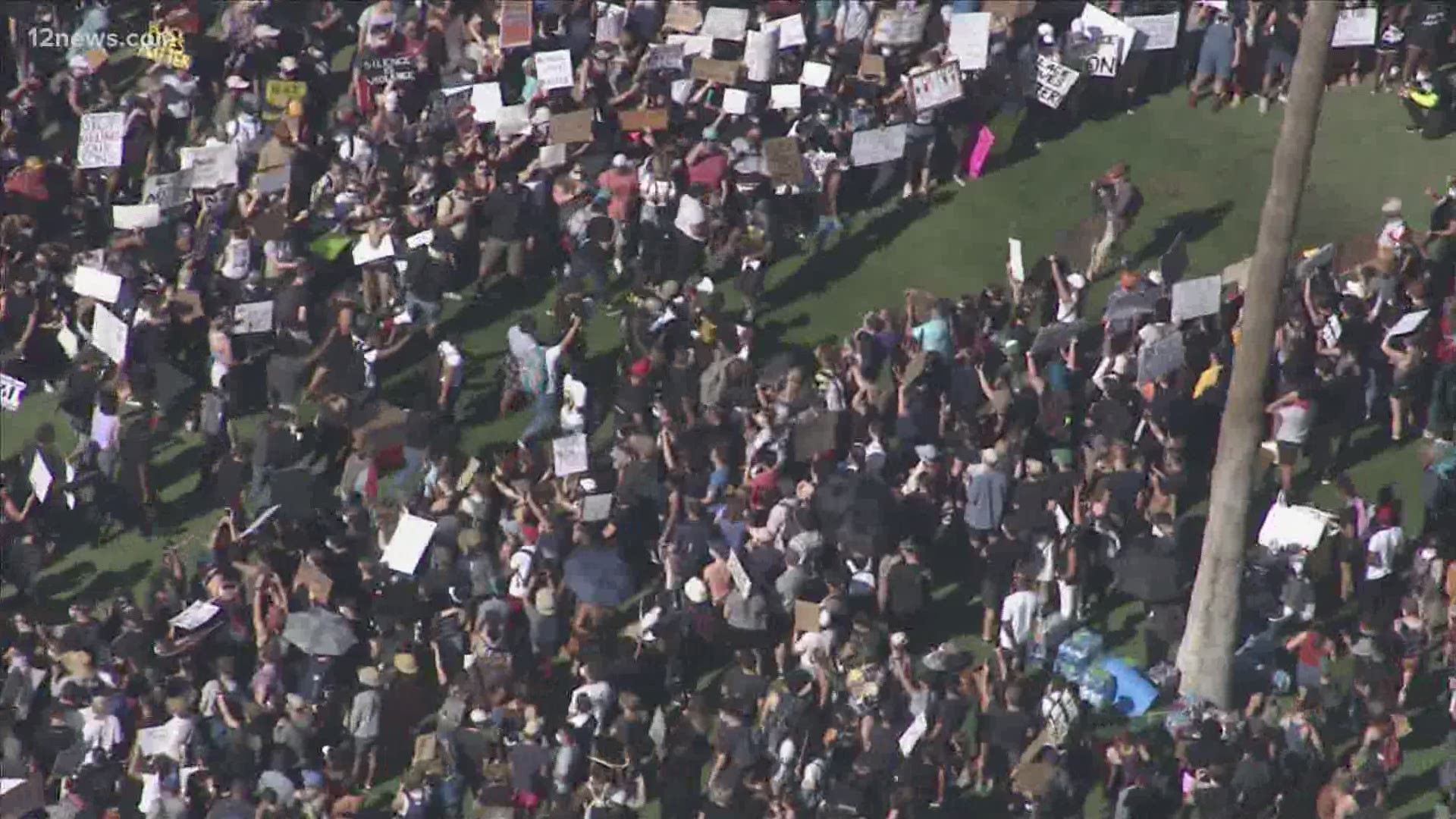 PHOENIX — A massive crowd gathered at Encanto Park Sunday evening to protest a deadly DPS shooting. Sky 12 video shows hundreds of people at the park before they began marching through the streets of Phoenix.

It was the 11th night of demonstrations in the Valley. No one was arrested in connection to the protests, Phoenix police said Monday.

People across the country are calling for change after George Floyd died in custody with a Minneapolis police officer's knee on his neck. In cities across the U.S., protesters carry signs with Floyd's name. In Phoenix, there are also protesters holding signs with a different name: Dion Johnson.

Johnson’s family says they’re left with too many questions after a Department of Public Safety trooper shot and killed Johnson in Phoenix on Memorial Day.

The responding troopers did not have body cameras or dash cameras, and none of the shooting was captured on video.

Johnson was killed the same day as George Floyd. Demonstrators in Phoenix have been invoking both Johnson’s and Floyd’s names – among many others – to call for an end to racial injustice and police brutality.

Organizers said they would be marching through Phoenix, pausing mid-march to hold a ceremony for Johnson and tie a ribbon to a fence in memorial.

Johnson's family could not make the march on Sunday. Their lawyer says they are busy working on funeral arrangements.

Still another demonstration was planned in downtown Phoenix at the same time. This group gathered in front of police headquarters with signs and bullhorns.

Arizona's curfew is in effect from 8 p.m. to 5 a.m. for one more night. It expired Monday morning. 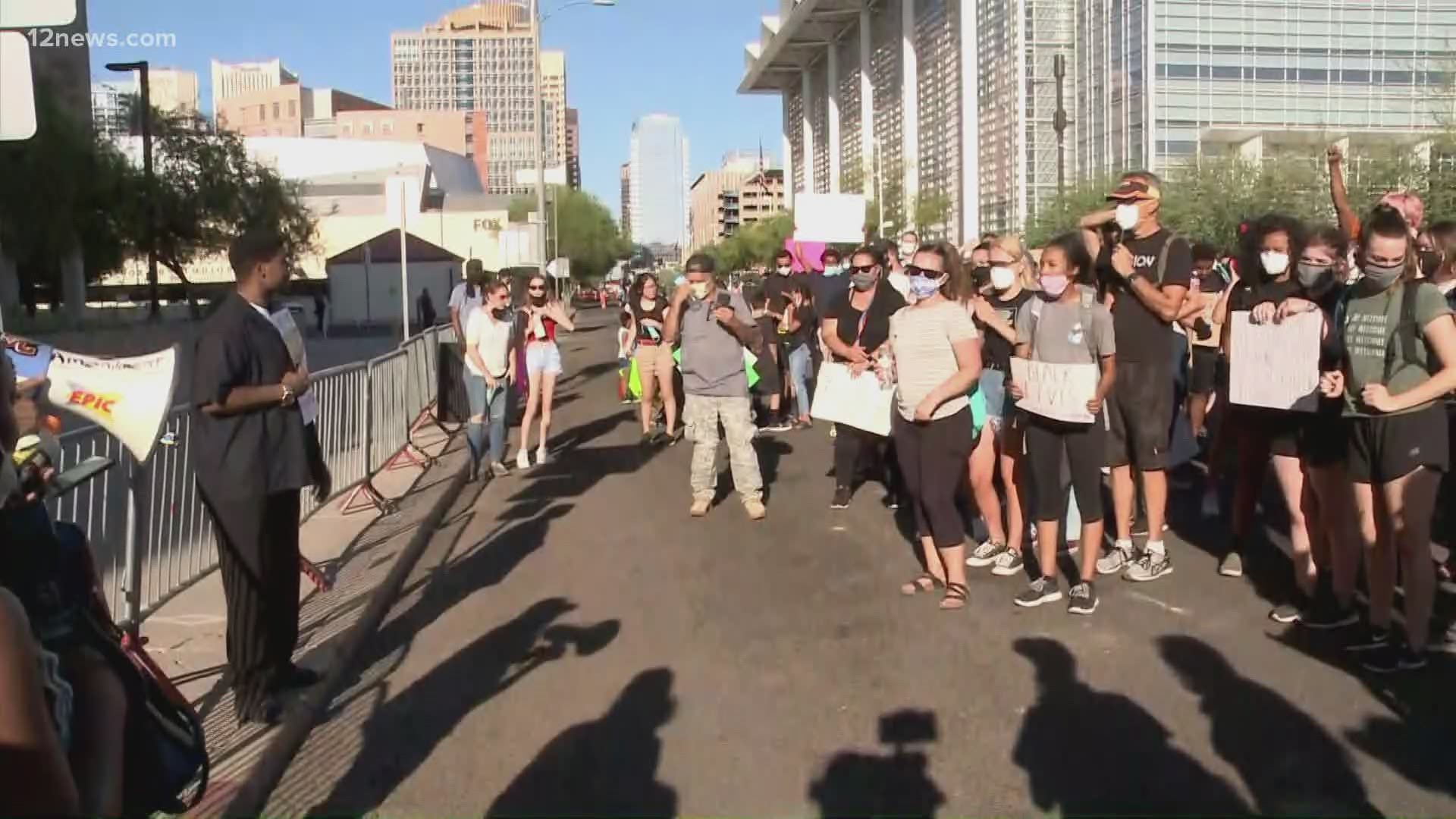