Paul Rutherford's son, Chris, spoke for the first time at a public viewing for the fallen hero on Wednesday. 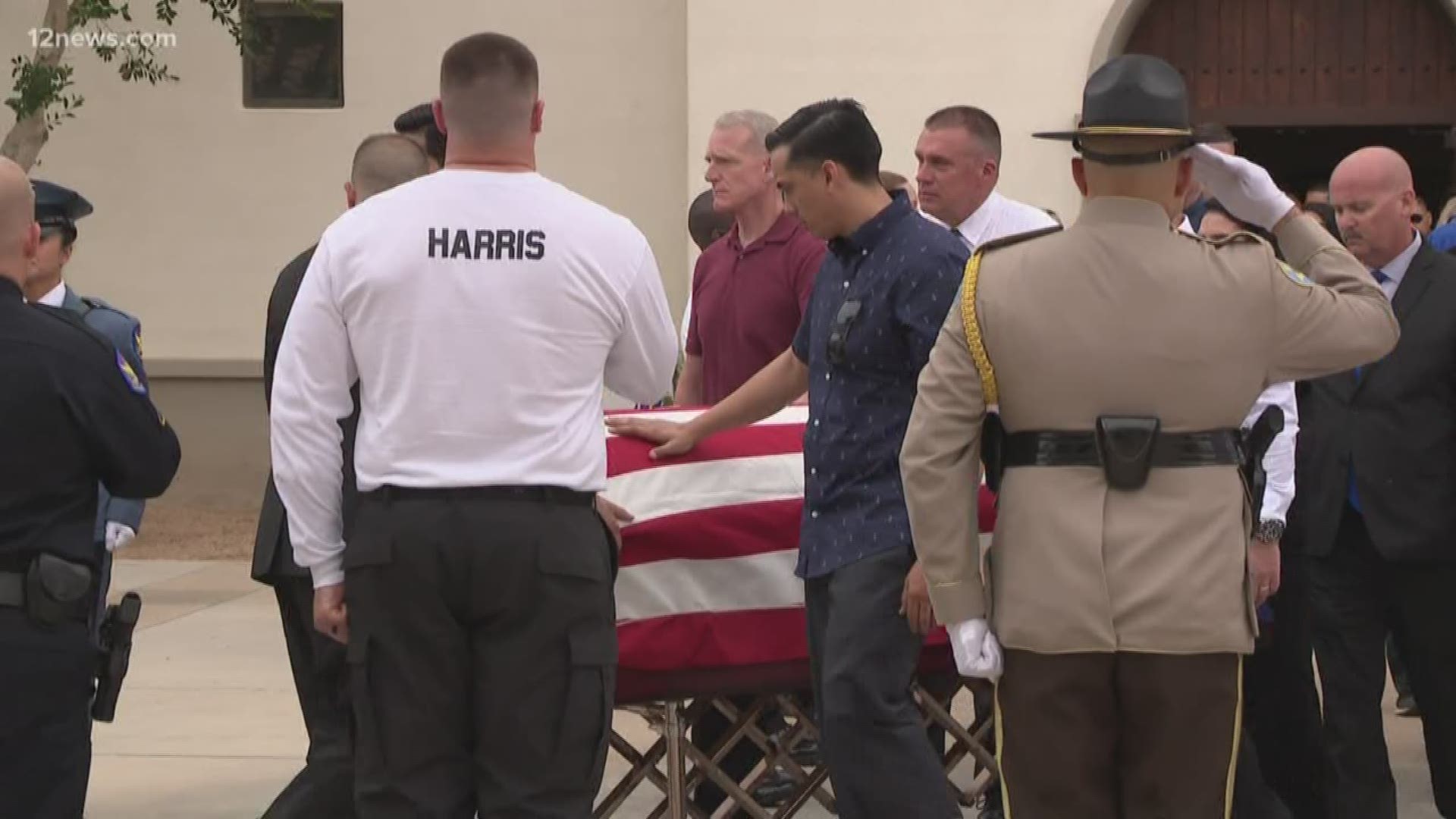 Paul Rutherford worked in the Phoenix Police Department for 23 years.

He was killed last week when an SUV hit him as he was responding to an unrelated accident.

He made a short statement thanking the public for their support.

"He was just an extremely kind-hearted person. He would just randomly come by my office and just ask if I was okay," said DeCastro.