Officer Rutherford was killed in the line of duty when he was struck by a vehicle while helping at another crash. 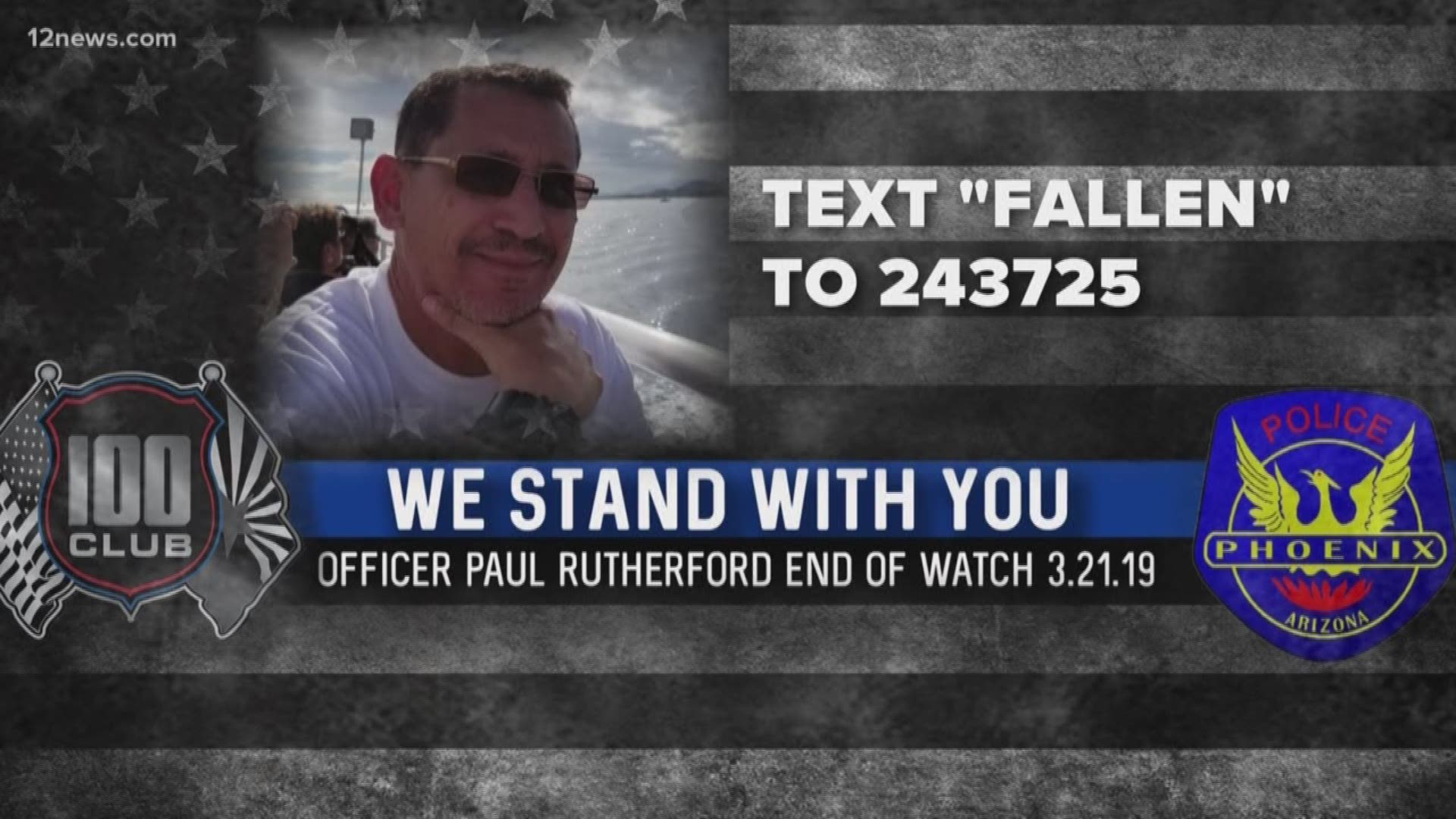 A Phoenix police officer killed in the line of duty Thursday leaves behind a wife and two adult children.

Officer Paul Rutherford had been with the force for almost 23 years. He died after a vehicle crashed into him while he was helping with another crash.

Rutherford was 51. His last word was, "wife," according to a witness.

RELATED: Phoenix police officer dies after being hit by a car, police say

The 100 Club of Arizona is collecting donations by text and through Facebook.

Text "Fallen" to 243725 to Text2Give. You will automatically receive a reply with a link that allows you to donate any amount you want.

You can visit this link to give money via the Facebook fundraiser.

The Phoenix Police Foundation is also accepting donations to pass on to his family.

You can mail check donations to: