Sunblocks and sunscreens are a must when spending time outdoors. But what's the difference between the two? 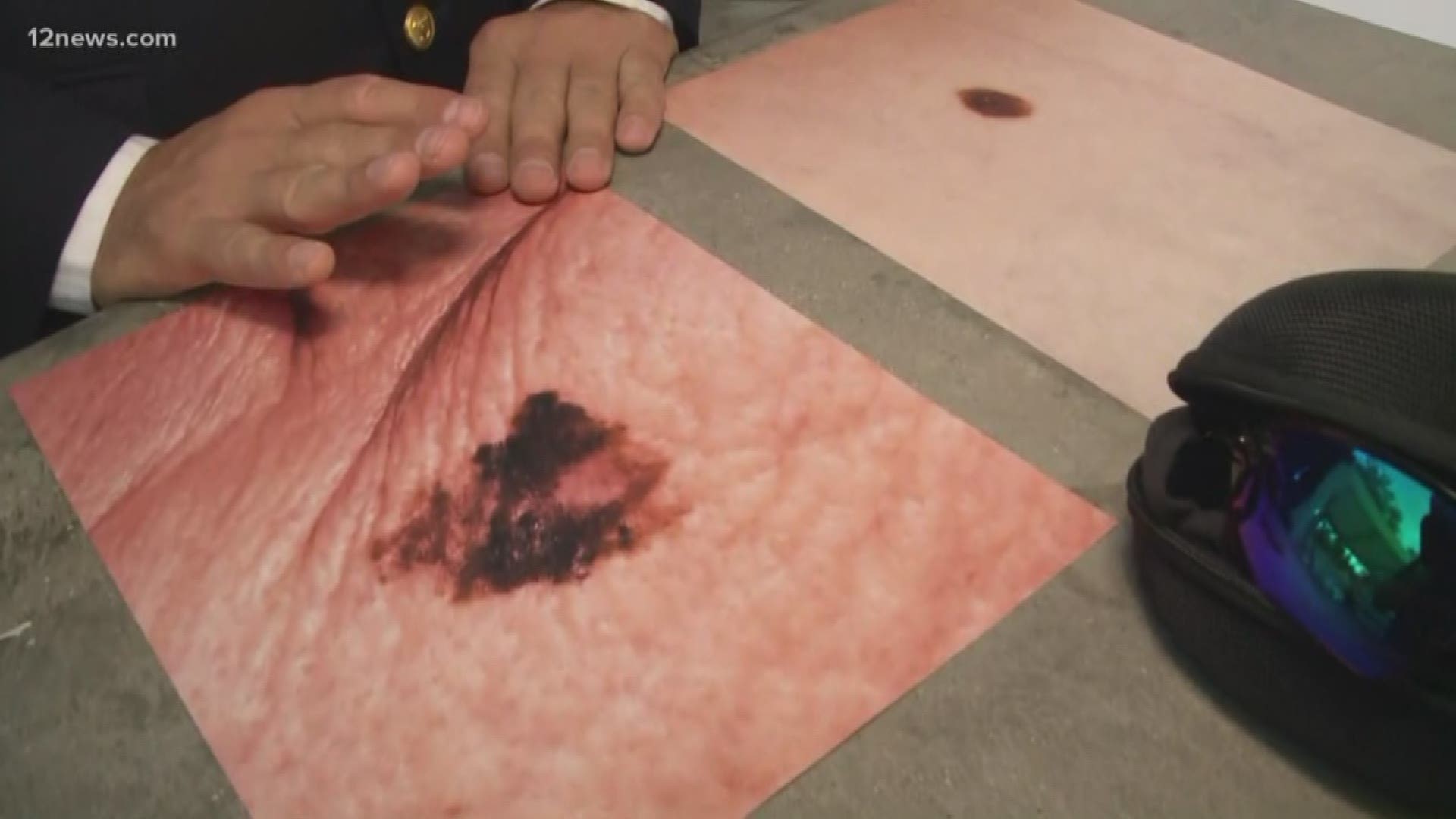 PHOENIX - The Valley of the Sun gets its names for a reason, pulling in close to 300 sunny days a year. That said, it's more important than ever to protect yourself from the sun's rays which can be very harmful.

Sunblocks and sunscreens are a must when spending time outdoors. Dr. Dustin Mullens with Affiliated Dermatology says sunblock contains ingredients like titanium dioxide and zinc oxide. It's typically a white, pastier lotion and a great option for people whose skin is too sensitive for traditional sunscreens.

Sunscreen usually goes on easier than sunblock. Affiliated Dermatology recommend brands like Neutrogena and La Roche Posay. An SPF of 30-50 is recommended and should be applied 30 minutes before going outside. Remember to reapply every 2-3 hours and use about one ounce of sunblock every time you apply. One ounce is equal to the size of a shot glass.

Dr. Mullens recommends mineral-based sunscreens if you're concerned about some chemicals that can be present in those that are not mineral-based. Zinc oxide and titanium dioxide will be the safest options, according to Dr. Mullens. He also says when using the spray sunscreens, spray them in a well-ventilated and open room so you're not inhaling the extra chemicals. Dr. Mullens says the extra chemicals could have potentially negative long-term effects.

Protective clothing is another great way to block the sun's harmful rays. Dermatologists recommend a wide brimmed hat with about 3 inches around the outside, if you're not going to wear sunscreen on your ears with a baseball hat. Special sun-blocking sleeves can be worn under T-shirts for outdoor activities like golf.

Don't forget sunglasses. Dr. Mullens says Melanoma can occur behind the eye and in several other unexpected locations. Wearing UV protective sunglasses are a great layer of protection from the sun. If you can, avoid going outside between 10 a.m. and 4 p.m., that's when the sun's rays are the strongest.

Dermatologists also say don't leave your sunblock in the car. The heat can deactivate it, making it useless once you try to apply it. Also, check the expiration date at the store or at home.

Moles that have smooth borders, are one color, are symmetric, are the size of a pencil eraser or smaller, and are not changing, are considered "good" moles. An example of Melanoma is a mole that has an irregular border, is not a mirror image of itself, is larger than 6 millimeters in diameter, changes over time and is more than one color.

It's important to have your skin checked by your dermatologist as a preventative measure.