Mother Nature turned up the heat in Phoenix a little bit higher than normal in 2018. 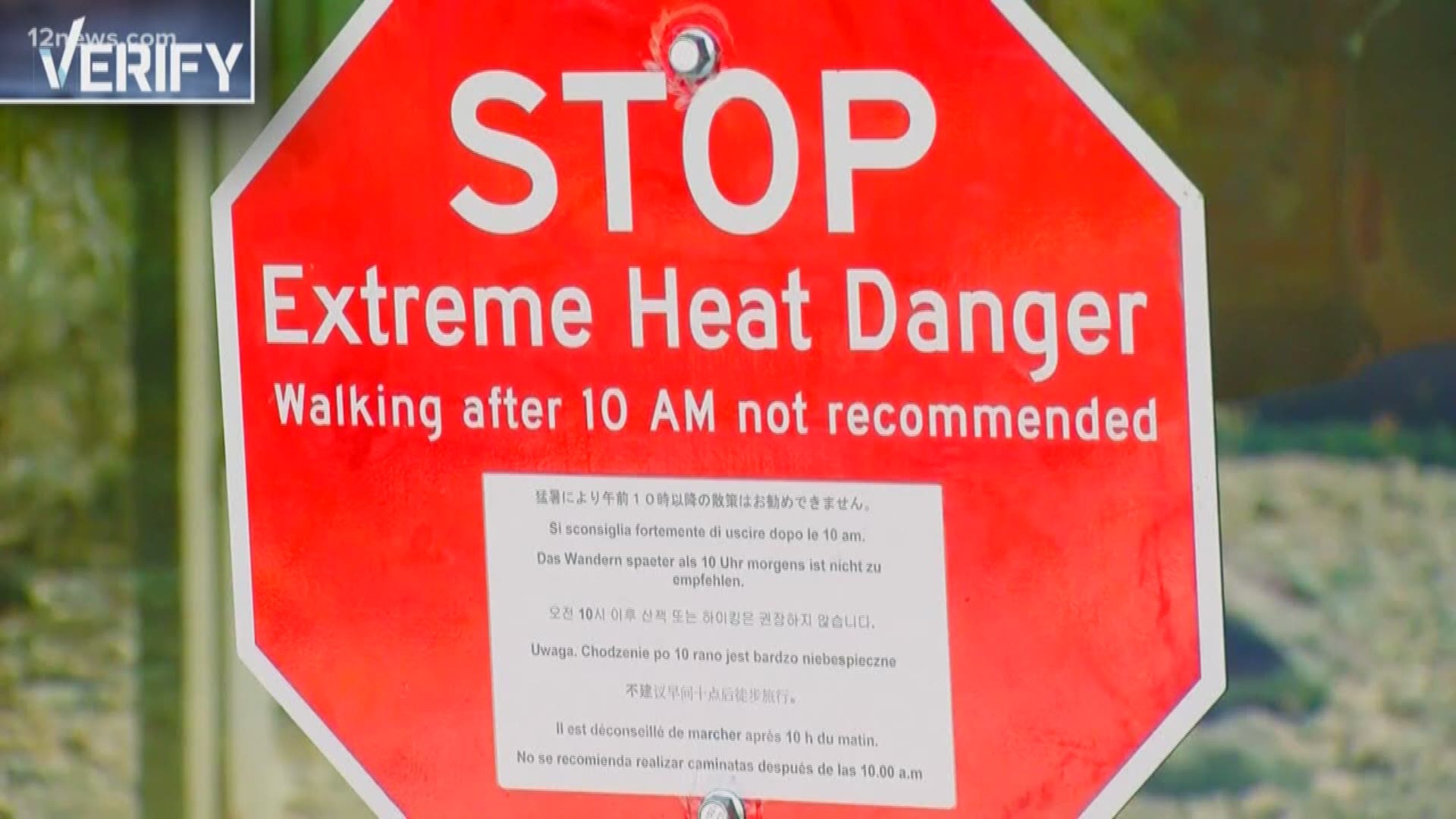 There were a lot of triple digit temperatures in the Phoenix forecast in 2018.

The Valley of the Sun officially recorded 128 days with a temperature of 100 degrees or higher.

According to the National Weather Service, that puts 2018 on the list as having the third-most 100°+ days since 1896.

RELATED: Phoenix is setting more heat records now than ever before, NWS says

And the year with the most? 1989 has the most ever on record with 143 days of triple digital temps.

Phoenix also experienced 22 days with temperatures of 110 degrees or higher, according to NWS Phoenix.

#Phoenix ended up having the third most (128) number of 100°+ days since 1896, whereas #Yuma only had 122 this year, ranking 28th since 1878! Fortunately, cooler than normal conditions are expected for at least the next seven days! #azwx pic.twitter.com/GOHO0D4O8f