'How dare you endanger so many lives': Crash survivor talks about cross-Valley chase suspect

"I'm just grateful that I'm alive and no one else was hurt," she said. 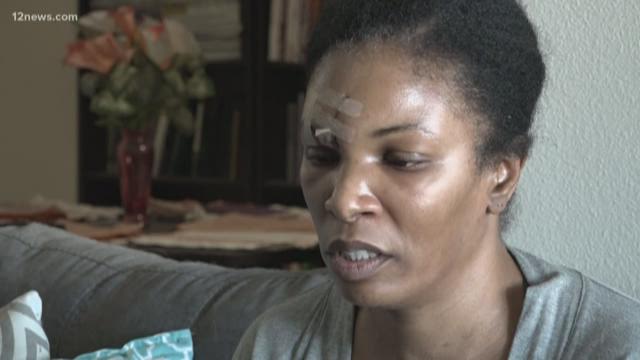 For the first time since Wednesday’s pursuit, we’re hearing from the driver who was hit by a suspect driving from the far West Valley to Tempe.

The suspect, Mitchell Taebel, lost control on Rural Road south of Loop 202 and slammed head-on into a black SUV.

The 47-year-old woman behind the wheel of that SUV describes what she saw. Out of respect for her privacy, 12 News has decided not to identify her.

“It was horrific,” she said, adding that she can’t erase the sight of the SUV heading straight for her. She said she suffers from nightmares as a result of the incident.

As for how she feels about the suspect, she has made that clear.

“It’s more of a, ‘How dare you endanger so many lives like that? I mean, you’re coming down a main street where there is a campus, a college campus,’” she said.

Though there are many doubts still on her mind, she is just focusing on her recovery for now.

“I’m just grateful that I’m alive and no one else was hurt,” she said.

The woman's daughter set up a GoFundMe page for the recovery expenses. 12 News confirmed with that the page was created by the victim's daughter.