Hours away from making history: Valley professor prepares for lift-off to space

Sian Proctor will become the first woman of color to pilot a spaceship. 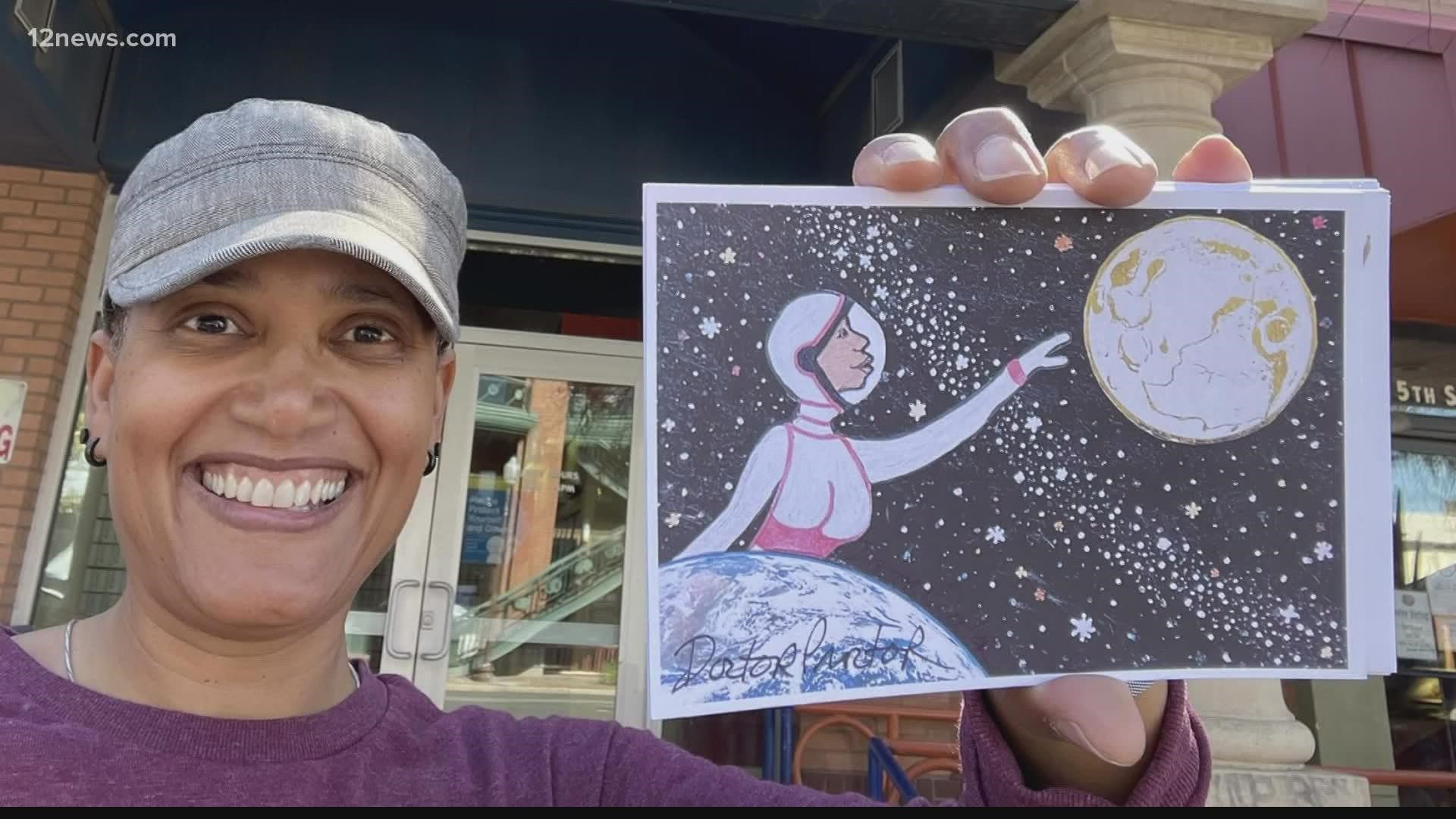 PHOENIX — The countdown to a historic moment is on. Just after 5 p.m. on Sept. 15, a five-hour launch window will open up for Inspiration 4, the first-ever all civilian trip to space.

Maricopa County Community College Professor Sian Proctor will pilot the ship, marking the first time a woman of color has piloted a spaceship.

“It means that I have this opportunity to not only accomplish my dream but to inspire. Inspire the next generation of women of color,” Proctor said.

Proctor is the daughter of a former NASA contractor who worked on the Apollo missions and she likes to say that space is in her DNA.

Proctor originally tried to become an astronaut for NASA, reaching the final level before not quite making the cut. Over the next few years, Proctor continued to help with simulations. However, she thought the moment may have passed her by.

However, this spring, Proctor was picked to be a part of the mission to space because of her artwork and a video on Twitter that racked up thousands of views.

The last several months have seen intense training for the team, including climbing mountains, flying jet plains, zero-gravity simulators, and spending 30 hours in a capsule together.

The flight is planned to go farther than the International Space Station, and last three days.