A homeowner recorded a renter throwing a huge party and trashing his home. 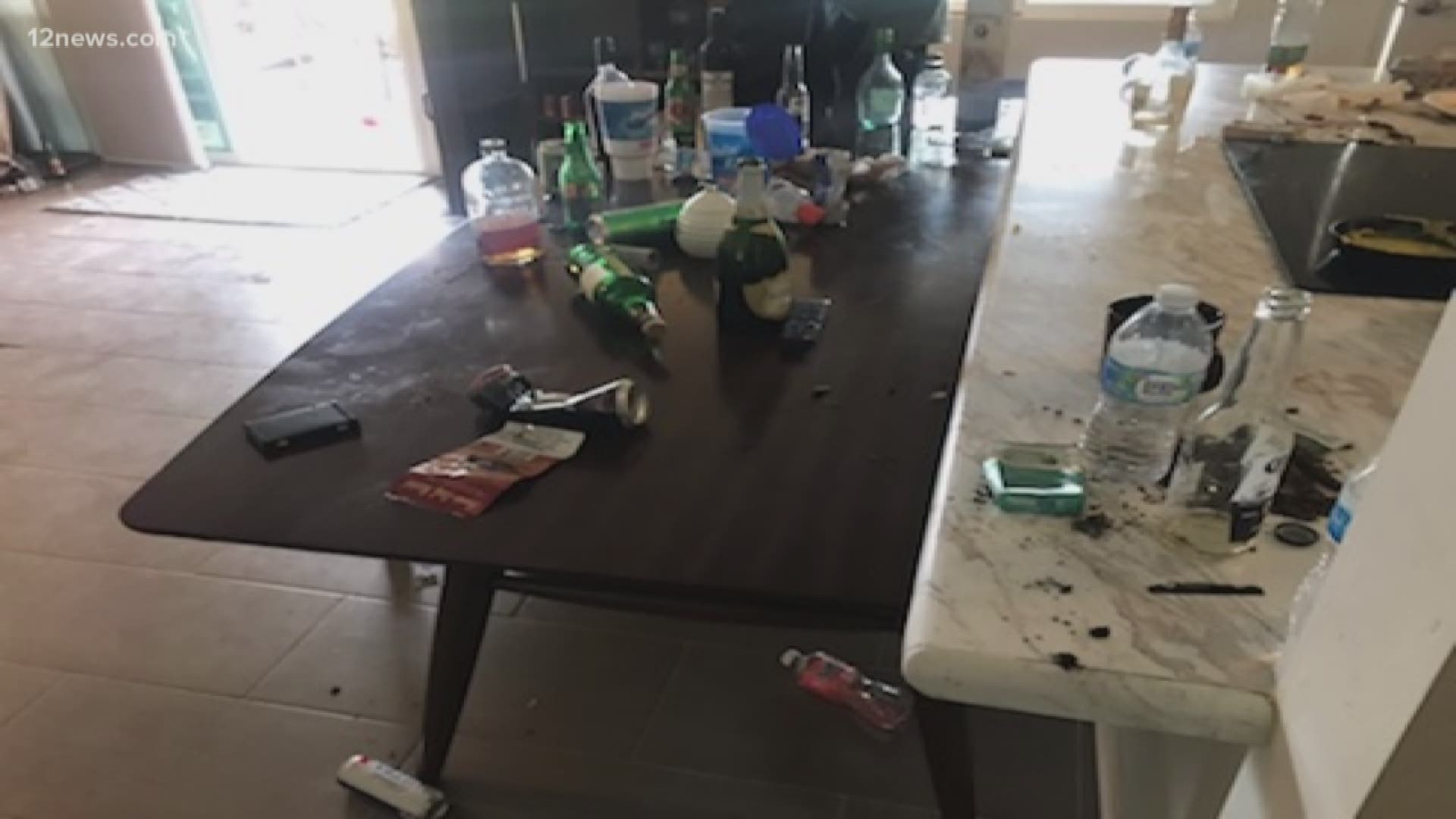 TEMPE, Ariz. — Charly Brems was in Boston when his phone rang. Neighbors told him there was a massive party at his house, loud music, cops at the door.

It was a surprise to Brems, who had rented his home out on Airbnb, but to only seven people. He said his house rules clearly said no parties and no extra people.

Through his security system, he saw dozens of people in his backyard, people carrying bottles of his liquor out of the house, his turntable, even his clothes.

When the party was over, there was shattered glass throughout the house, things were missing, one of his flatscreen televisions had been broken in half and all of his furniture was piled in the kitchen.

"What it reminds me of is literally a band trashing a hotel," Brems said.

And the entire thing was recorded on his security camera.

Brems submitted a claim for the damage to Airbnb.

And that's when he saw the name of the person who had rented his house: "Jasom Bourne," a misspelled version of the fictional action hero played by Matt Damon.

But Brems said he required a copy of the renter's driver's license to be submitted to Airbnb for every booking. He's hoping Airbnb has that information.

An Airbnb spokesperson said the company is investigating what happened with the ID and pointed to the company's guarantee for homeowners that reimburses damages up to a million dollars.

"So far, it's been lucrative," he said, "obviously up until now."