Jason Winfrey was one Arizonan who found out his backyard was a good place to cool down for snakes. 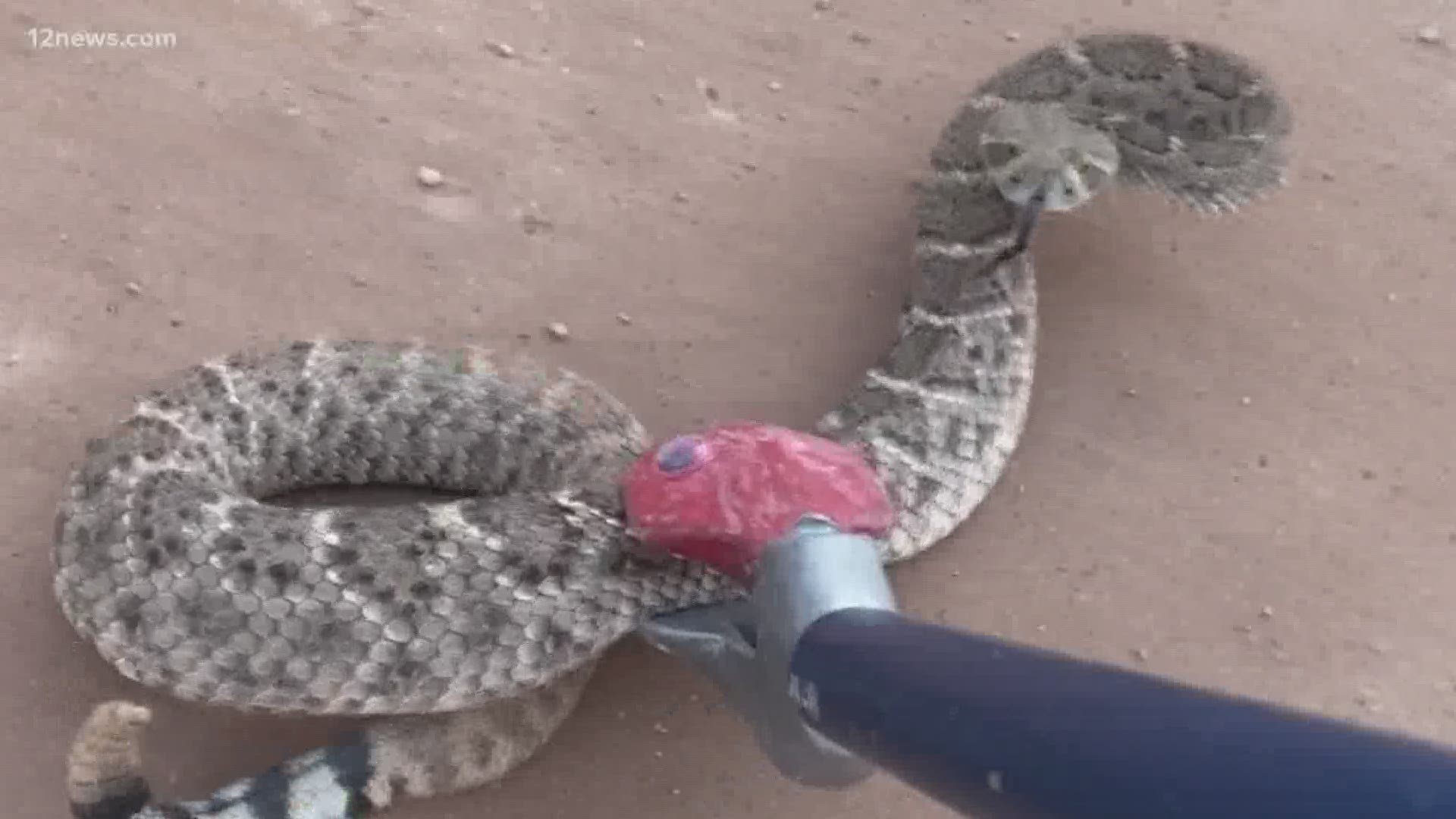 PHOENIX — We’re keeping you safe with a warning about rattlesnakes. It’s that time of year when snakes are looking for a safe place to beat the heat and that place might be your house.

Jason Winfrey was one Arizonan who found out his backyard was a good place to cool down.

“We had let the dog out in the backyard, she was barking a little differently than she normally does, so I opened up the door to see what was going on and I heard the snake,” said Winfrey.

Until recently, Winfrey had never encountered a snake at his home.

“I heard the snake and it sounded like it was probably nine or 10 feet away," he said. "This was a little bit different; I’ve never heard one so active or aggressive as it was.”

There’s a reason why we see so many snakes during Arizona’s monsoon, one being the birthing season and the other is humidity.

“It’s not just the temperatures, it’s the humidity gets everything moving,” said Bryan Hughes.

Hughes from Rattlesnake Solutions says snakes can’t handle Arizona’s extreme heat and it could be fatal if they reach temperatures of 105 or above.

“They are mostly active at night which means people run into them first thing in the morning or right after dark,” said Hughes.

Winfrey also found out they like to hide in dark places.

“I discovered there was actually a little hole in our backyard that it had crawled into,” said Winfrey.

But that wasn’t the last time he would see the rattlesnake.

“Was watering some plants around it when I did, it came back out of the hole again, it crawled into a bush and just curled up into a ball,” said Winfrey.

If you see a rattlesnake while on a hiking trail make sure to leave it alone, but if you’re at home, you’re going to need some assistance.

“You can get that snake removed by a professional and look at why that snake might there and how to prevent them from coming back, said Bryan.

And you can take some precautions to make sure the slithery snakes don’t call your place home.

“This is a good time of year to go through your yard and look at certain things, any source of water, any type of landscaping that gets shade. As soon as it cools off, then snakes are going to be looking for those resources,” said Hughes.

And again, never try to remove venomous snakes on your own. Call a professional.