Homelessness is on the rise in the Phoenix area

While chronic homelessness continues to rise, there are more people on the street who've never been there before. 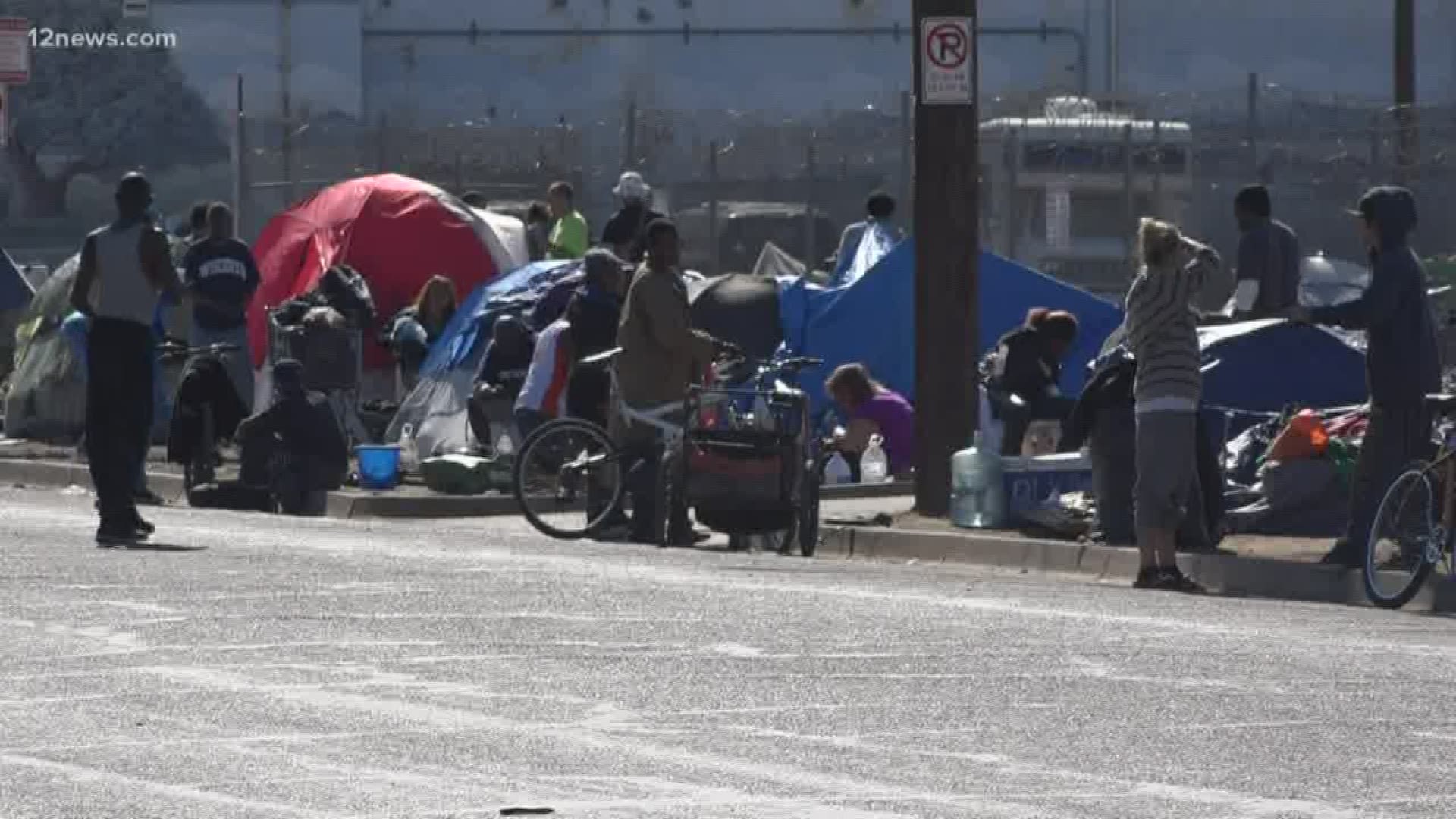 PHOENIX — Over the past several years the number of people experiencing homelessness has been on the rise.

While they used to be concentrated in areas like Downtown Phoenix, now data is showing people experiencing homelessness can be found living unsheltered across the Valley.

Back in 2015, the Maricopa Association of Governments found almost 1,300 people were unsheltered, mostly in concentrated areas. Fast forward to 2019 and the number of people living unsheltered more than doubled and are spread around the Valley in communities like Goodyear, Mesa and Chandler.

"It's much more dispersed and folks are really hurting all over the Valley," Anne Scott, Human Services Planner for the Maricopa Association of Governments (MAG) said.

Scott said while chronic homelessness continues to rise, they're also seeing more people on the street who've never been there before.

"We're seeing a lack of affordable housing around the county so the number of first-time homeless folks is going up," Scott said.

RELATED: Man who was once homeless now guiding them out of homelessness

Every year the Maricopa Association of Governments conducts a Point-in-Time Count, which is where hundreds of volunteers count the number of people living on the streets. In 2019 that report found 6,614 people were experiencing homelessness in 2019.

The image below shows data from MAG on the count done in 2017.

The image below shows data from MAG on the count done in 2019.

Volunteers conducted the yearly count again Tuesday for 2020, results aren't calculated yet, but Scott told 12 News it's probable volunteers will find more unsheltered people experiencing homelessness as they have every year since 2014.

RELATED: ‘She feels like a mom’: This school secretary collects food to feed hungry students

While Scott said communities around Maricopa County are coming together to try and help, a long term solution is hard to come by.