An important milestone in a young girl’s life, the Quinceanera is rooted in Latin American history and has remained a strong tradition for families in the U.S. 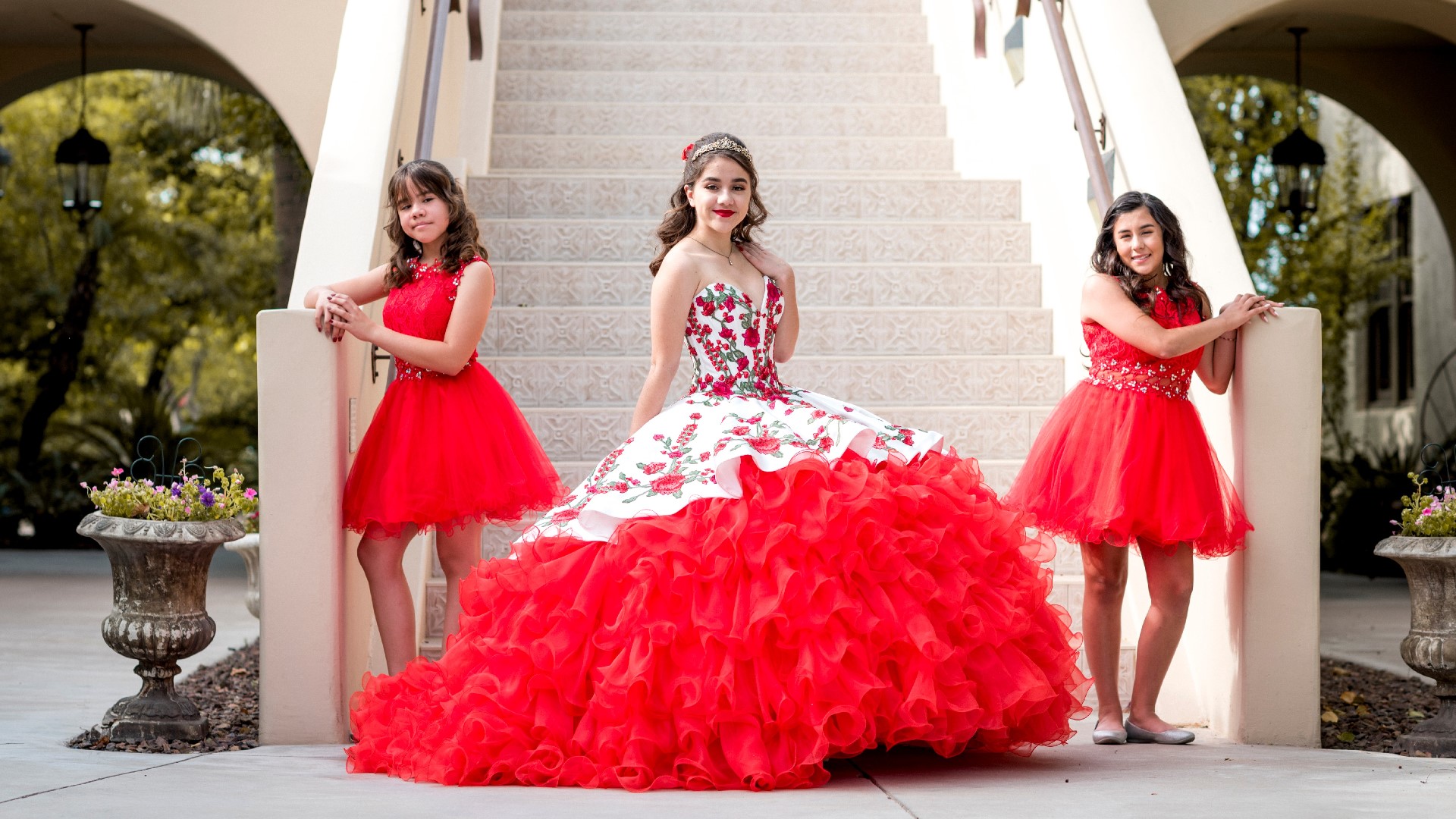 Back in the 1950’s they only offered wedding dresses but after Torres' tia Royna’s big 15th birthday celebration, they knew they needed to expand.

A Quinceañera is an unforgettable day that celebrates a girl’s 15th birthday, signifying her entrance into womanhood. The history of the Quinceañera dates back to the 1500s but is still popular today in Mexico, South America as well as here in the United States.

After that, other young women in the community started planning their big celebrations which only helped the Mexican family-owned business to expand.

“Slowly but surely the business grew, we added a quinceañera boutique,” Torres said.

Fast forward many years later, Royna is preparing for her granddaughter Sophia’s big day that will take place in May of next year.

“Initially it was a significance of purity,” Torres said. “So the gowns were all white, but now more modern, we want color, it’s all about color.”

So how does one decide on the best dress for such an important occasion in life?

Sophia Rosell says you will know when you try on the perfect dress.

“I think it’s like when you put it on you know, sounds so cheesy but it’s true. I put it on, I looked at myself and thought wow I look great in this.”

“I feel like a princess to be quite honest,” said Rosell.

And the tradition continues with many young ladies putting away their baby dolls and trading them in for a princess-like dress and heals.

“It’s about culture, it’s about traditions it. The process itself is special to me, it holds a sacred place in my heart.”

Then and now; Azteca Bridal through the years

1 / 4
Azteca Bridal
Azteca Bridal started in the 1950's as a bridal gown shop but later added quinceanera gowns as the need grew in the Latina community.