Hikers airlifted from Camelback Mountain due to heat-related symptoms

PHOENIX — Two hikers were airlifted off Camelback Mountain on Friday after the women suffered heat-related illnesses.

Phoenix Fire Department spokesman Capt. Rob McDade said the hikers, who were described as two women in their 20s, were near the top of the mountain when they started feeling the effects of heat-related symptoms.

Both hikers were taken off the mountain safely. 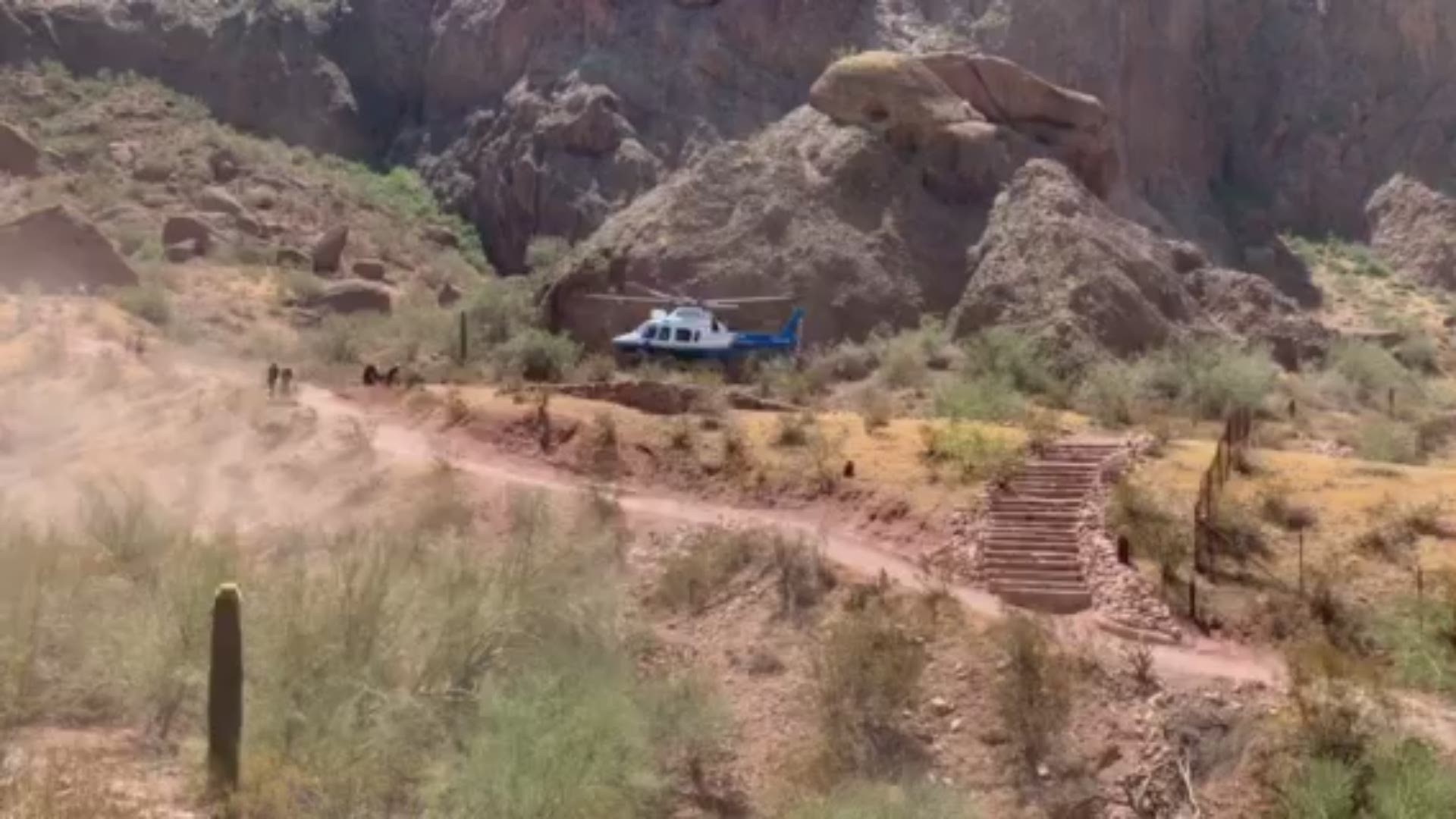 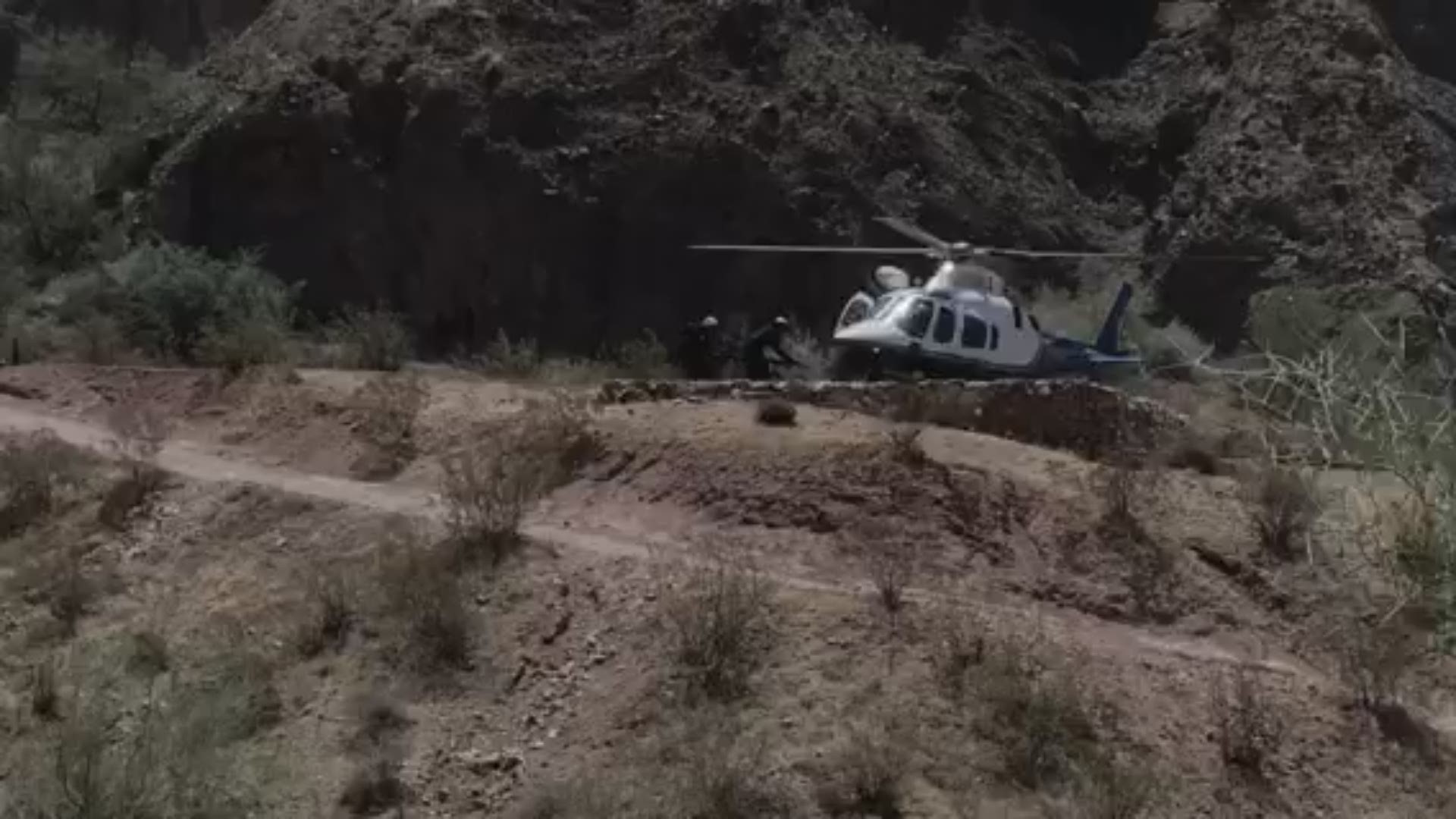 They are being treated for heat exhaustion.

A 64-year-old man was rescued from South Mountain on Friday afternoon due to heat-related symptoms. The man was expected to be taken to a local hospital for more treatment.

The high temperature on Friday in Phoenix was 108 degrees.

RELATED: Phoenix is very hot. What are the signs of heat stroke?

RELATED: Stages of heat illness: When you need to go to the E.R.