Authorities in Phoenix were in a high-speed pursuit of a red SUV Wednesday morning. The chase continued across the Valley on I-10. 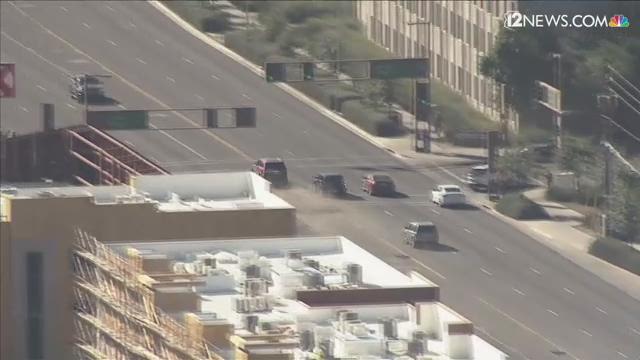 PHOENIX - Authorities in Phoenix chased a red SUV across Valley freeways and side streets at high speeds Wednesday morning.

The chase ended when the suspect, later identified as 31-year-old Mitchell Timothy Taebel, crashed head-on into another vehicle in Tempe.

Aerial footage showed police attempt to stop the vehicle. The driver sped off and drove into oncoming traffic before the crash near the intersection of Rural Road and Apache Boulevard.

Troopers took Taebel into custody after he got out of the SUV. 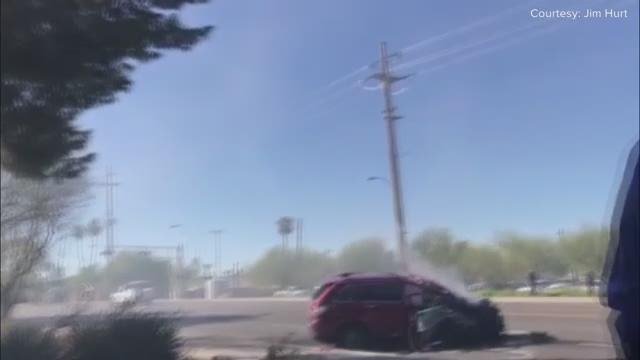 Arizona Department of Public Safety spokesperson Kameron Lee said the chase started after Taebel failed to pull over when a DPS sergeant tried to make a traffic stop on him on State Route 85 in the West Valley.

DPS troopers tried to use spike strips to stop the SUV, but Tabel drove around them, Lee said.

Taebel then got onto Interstate 10 eastbound and DPS backed off its pursuit, tracking Taebel's movements using a helicopter. He continued to Loop 202 as unmarked vehicles followed him at a distance.

Taebel then crossed into northbound lanes, still headed southbound, where he sideswiped a white SUV and crashed head-on with a black SUV at Spence Avenue.

The suspect got out of the SUV and troopers took him into custody at the scene.

Lee said the driver of the black SUV was a 47-year-old woman whose injuries are not life-threatening.

Lee also said Taebel, whose drivers license is from California, has a lengthy criminal history.