'He’s never seen a kid in a wheelchair before': Photo of boy looking at inclusive Peoria store ad goes viral

Oliver Garza-Pena's mother hopes this story will encourage other businesses to puts kids with disabilities in advertisements. 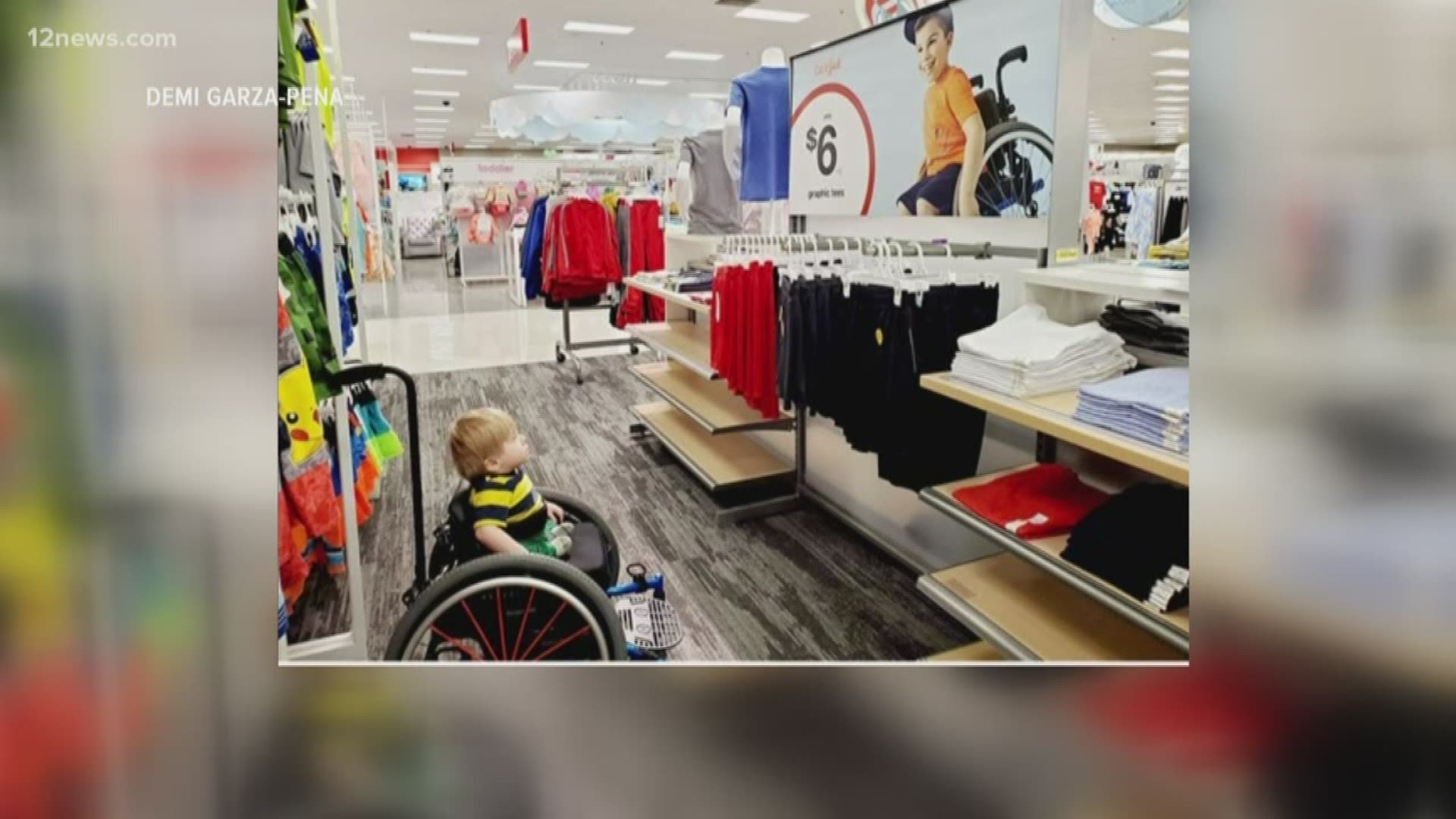 PEORIA, Ariz. — A picture can be a powerful thing. Case and point, this now viral photo:

It was snapped at a Target store in Peoria.

The little boy staring at the advertisement is 1-year-old Oliver Garza-Pena. His mom told Team 12’s Matt Yurus about the emotions experienced in the moment.

“He’s never seen a kid in a wheelchair before,” Demi Porter Garza-Pena said, “so for him to stop and notice that out of the blue was really heartwarming for me.”

Demi, Oliver’s mom, caught her son checking out a poster of another child in a wheelchair. It appeared on a Target clothing ad. She took the photo, in part, because it is not something you typically see.

“This was really just a moment that took us back and we were extremely appreciative to Target for giving us that opportunity to feel normal just at a regular shopping trip," she said.

“But he is a fast fighting little boy,” Demi said. “And he loves animals and cars and moving, so nothing stops him.”

As for the boy in the ad, his name is Colton Robinson. He lives in Massachusetts and has seen the picture. Both moms have talked and hope the pair can meet someday.

“That would be the best thing in the world for the boys to meet in real life, and to see that it’s not just in a picture,” Demi said.

She hopes this story will encourage other businesses to put kids with disabilities in advertisements.