Chief Jeri Williams said it's been a "tough 24 hours" following the death of Officer Paul Rutherford, but when a tragedy like this happens, the department and community rally together. 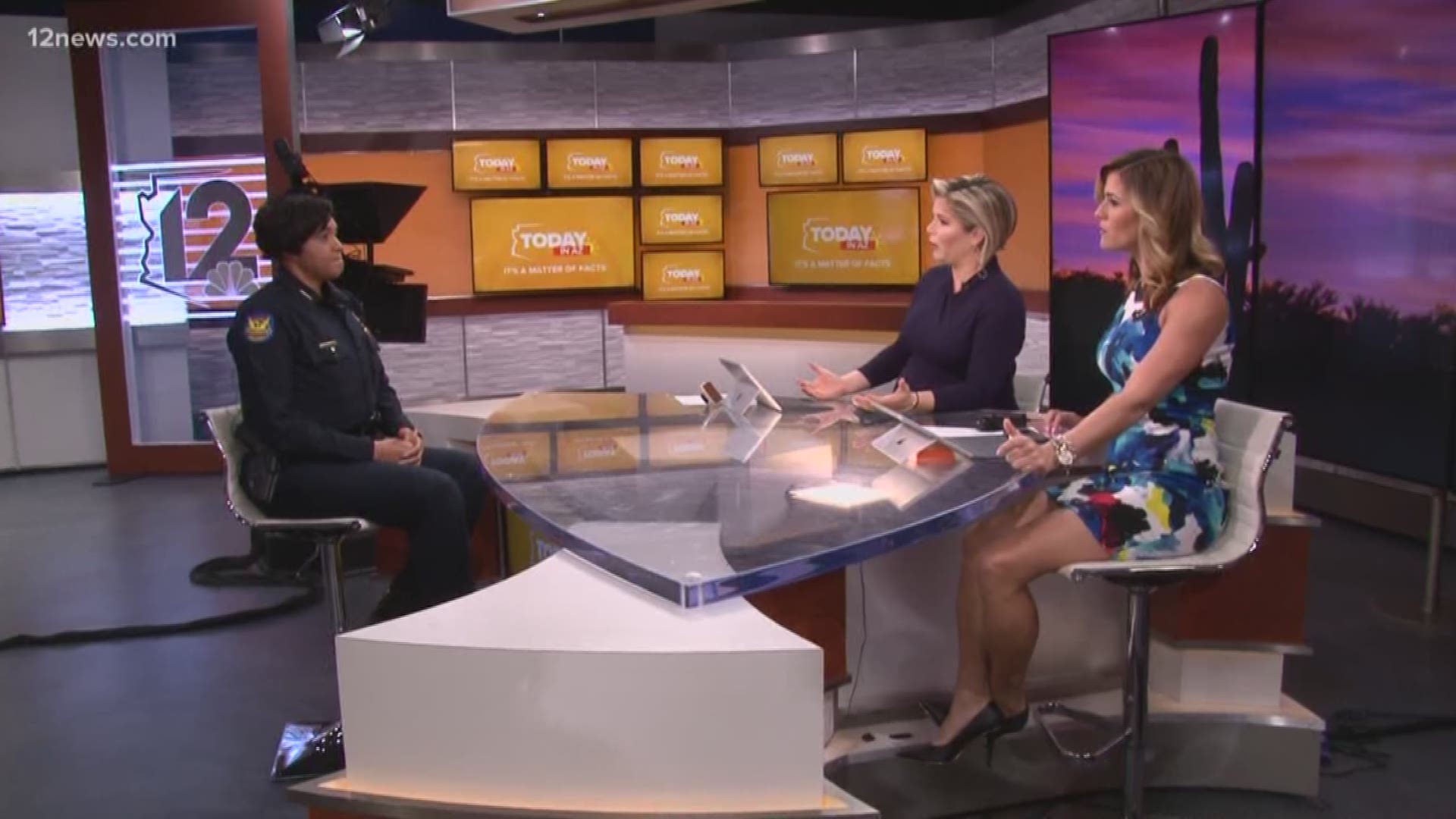 Speaking to 12 News Friday, Chief Williams said the department and the community were "broken" and mourning the death of Officer Rutherford.

Rutherfod died Thursday after being hit by a car while investigating a car crash near 75th Avenue and Indian School Road. Williams said he had been consoling a young girl involved in the crash before his death.

RELATED: Phoenix police officer dies after being hit by a car, police say

Williams said it's been a "tough 24 hours," but when a tragedy like this happens, the department and community rally together.

"It's almost like the community and the department kind of wraps this big ol' blanket around you," Williams said.

Rutherford spent 22 years with the department, all as a patrol officer. Williams said he could've been promoted but he "made the choice to remain as a first-line person."

"We're just so thankful for her service and his sacrifice," she said.

Williams said the community can help by donating to the Phoenix Police Foundation or thanking an officer for their service.

"Honestly, just the small things really matter to us," WIlliams said. "That goes a long way in just making sure we maintain morale."

Williams said Rutherford was doing what he signed up to do.

"And we're forever grateful for that," she said.