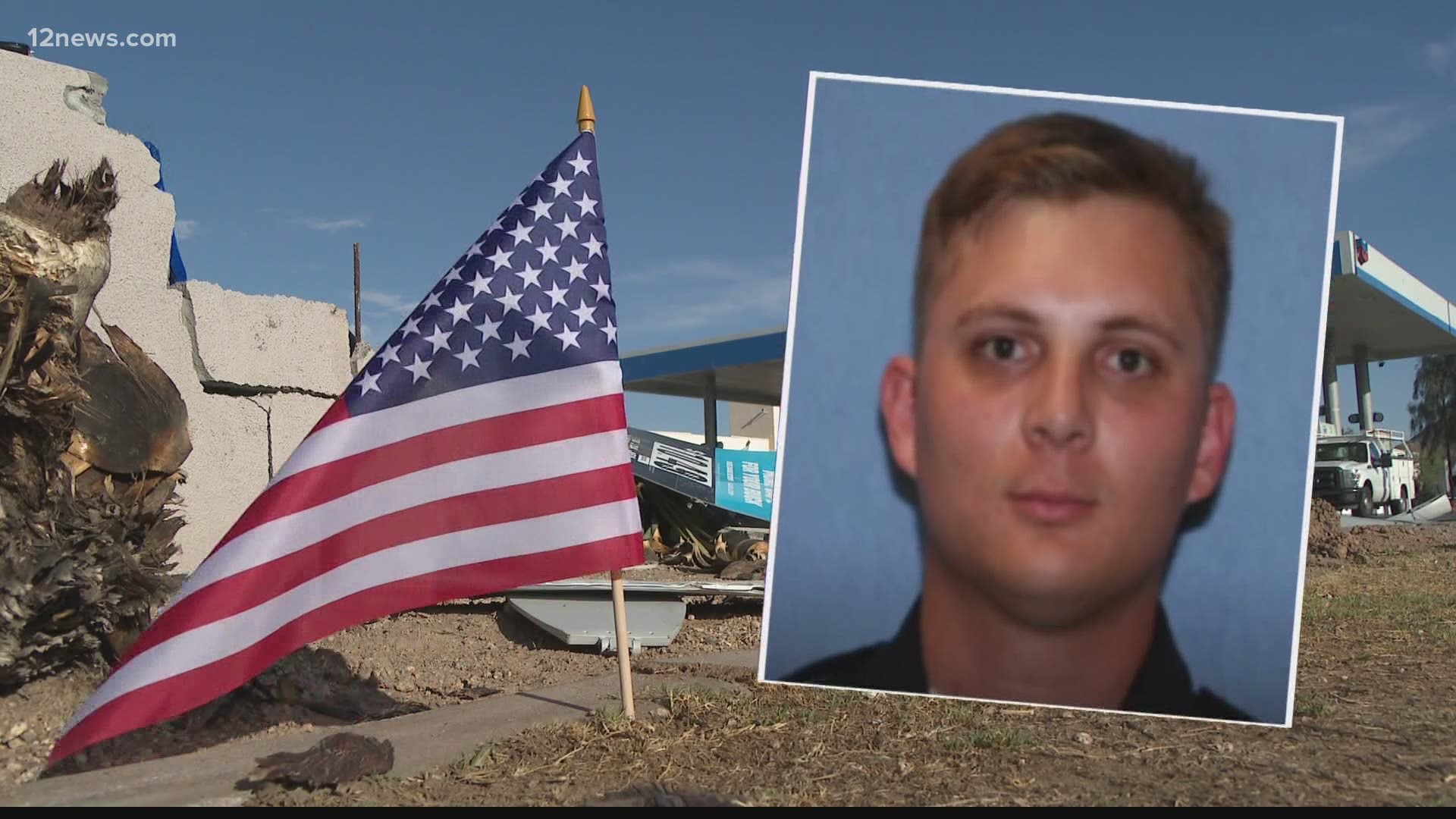 PHOENIX — The family of a Phoenix police officer killed in a crash Monday night said all the 27-year-old wanted to do was work for the Phoenix Police Department.

“We just don’t know what to do yet," Officer Ginarro New’s cousin, Samantha Scott, said. "He was only 27 years old. He was perfect in every way.”

New was killed after police said he was hit by a suspect who ran a red light near Cave Creek Road and Greenway Parkway. The impact sent his police car through a block wall.

Scott said New became an EMT after being honorably discharged from the service.

“He was a great kid. He overcame everything,” Scott said. “Then he wanted to be a Phoenix police officer. That’s all he ever wanted.”

“I’m just numb to it. I don’t know what to think to do. I just don’t know yet,” New's mother, Misty Morris, said as she struggled to describe her pain.

Tanner Jones said he was New’s EMT instructor in 2018 at the Arizona Academy of Emergency Services. Even after teaching hundreds of kids, he still remembers New.

Jones said it was a goal of New's to work for Phoenix PD.

“He died doing what he loved that’s all you can say.," New's cousin Scott said. "Unfortunately, he lost his life doing it. He’s a hero in our eyes.”