A doctor at a Goodyear cancer treatment facility is leading the way in the fight against a stubborn form of cancer, but his "tool" of choice is definitely out-of-the-box. 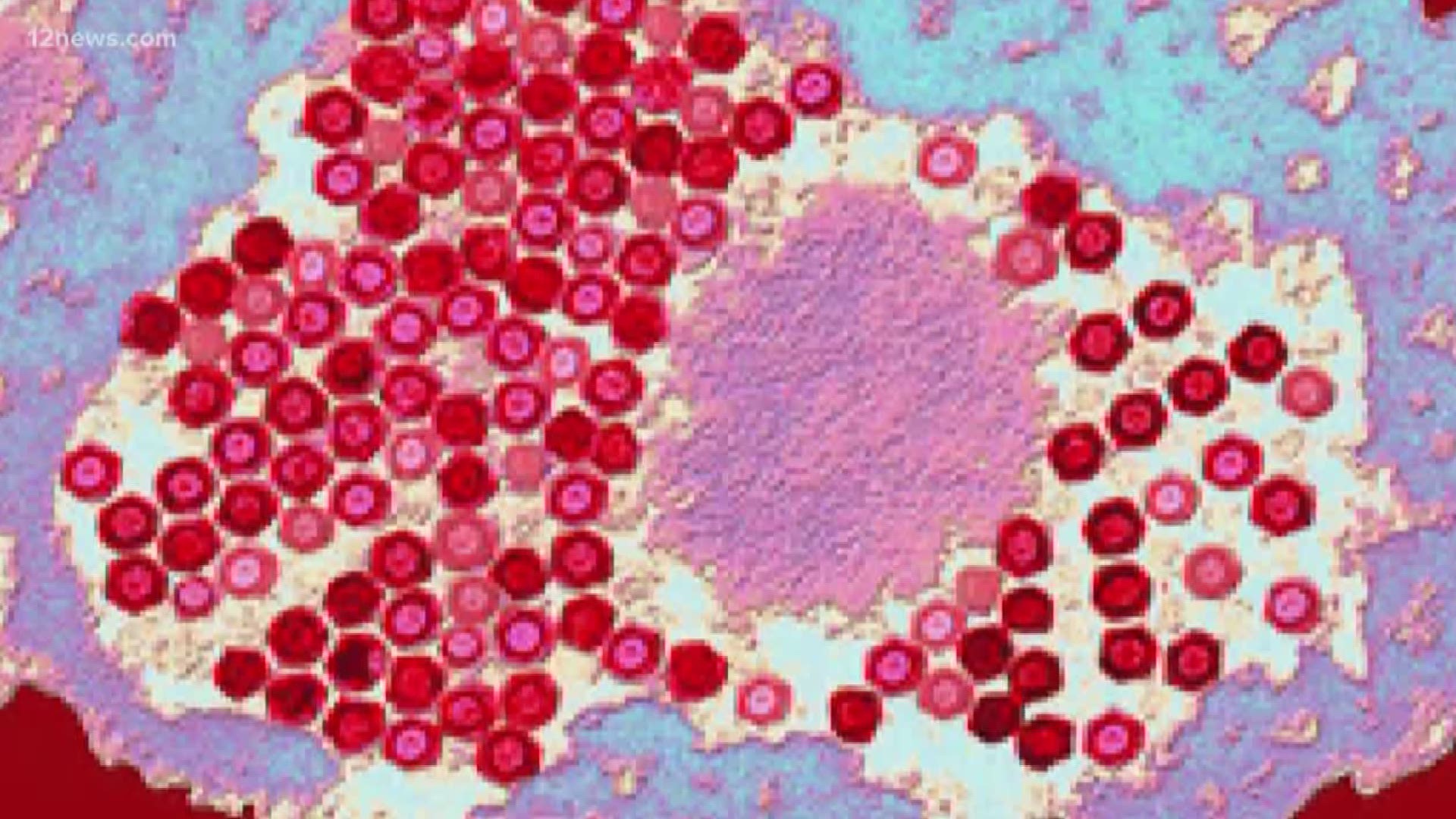 GOODYEAR, Ariz - Three years ago, 51-year-old Ken Childs' doctor found a cancerous tumor in his left eye. He says they removed his eye and the ocular melanoma, and declared him cancer-free.

But about a year ago—the cancer had returned. This time in "the lower right lung," he said.

Melanoma tumors were on the move throughout his body. In his lungs and stomach, and on his head. Traditional treatment was started but was having little to no effect.

"There was no, 'Oh next,' at that point, from where we were going," Cindy Childs, Ken's wife said. "They gave him six months to a year and told him to take a chemo pill," she said dejectedly.

And, they also started to look for another treatment to attack the cancer. They heard exciting things were going in Goodyear, Arizona. And that thing was the herpes virus.

Dr. Alan Tan is a cancer specialist at the Cancer Treatment Centers of America (CTCA) hospital in Goodyear. He's having success using the herpes virus to attack aggressive cancers like Childs' Stage 4 melanoma.

It's not the virus associated with a cold sore or a sexually transmitted disease—but a "modified" virus so that it can be safely injected into a tumor where it can go to work.

"The tumor kind of expands and bursts and releases a lot of proteins so that the immune system can recognize it," Tan said.

Healthy immune cells attack the tumors; and in turn, they recruit more cancer killing T-Cells to go after similar tumors.

In effect, he explained, the modified virus, "teaches the immune system to do what they're already trained to do"—fight off alien bacteria and viruses.

Childs and his wife, Cindy, have been coming to Goodyear for the last six weeks to get the talimogene laherparepvec

and so far, the results have been very satisfying.

For example, a tumor on the side of his his head has shrunk considerably, and Childs is hoping for more.

"I do feel fortunate that the timing for this to be released has come my way and used on me," Childs said. "It could very well save my life."