A small fire started on Thunderbird Mountain in Glendale. Nearby residents were asked to stay inside and report spot fires. 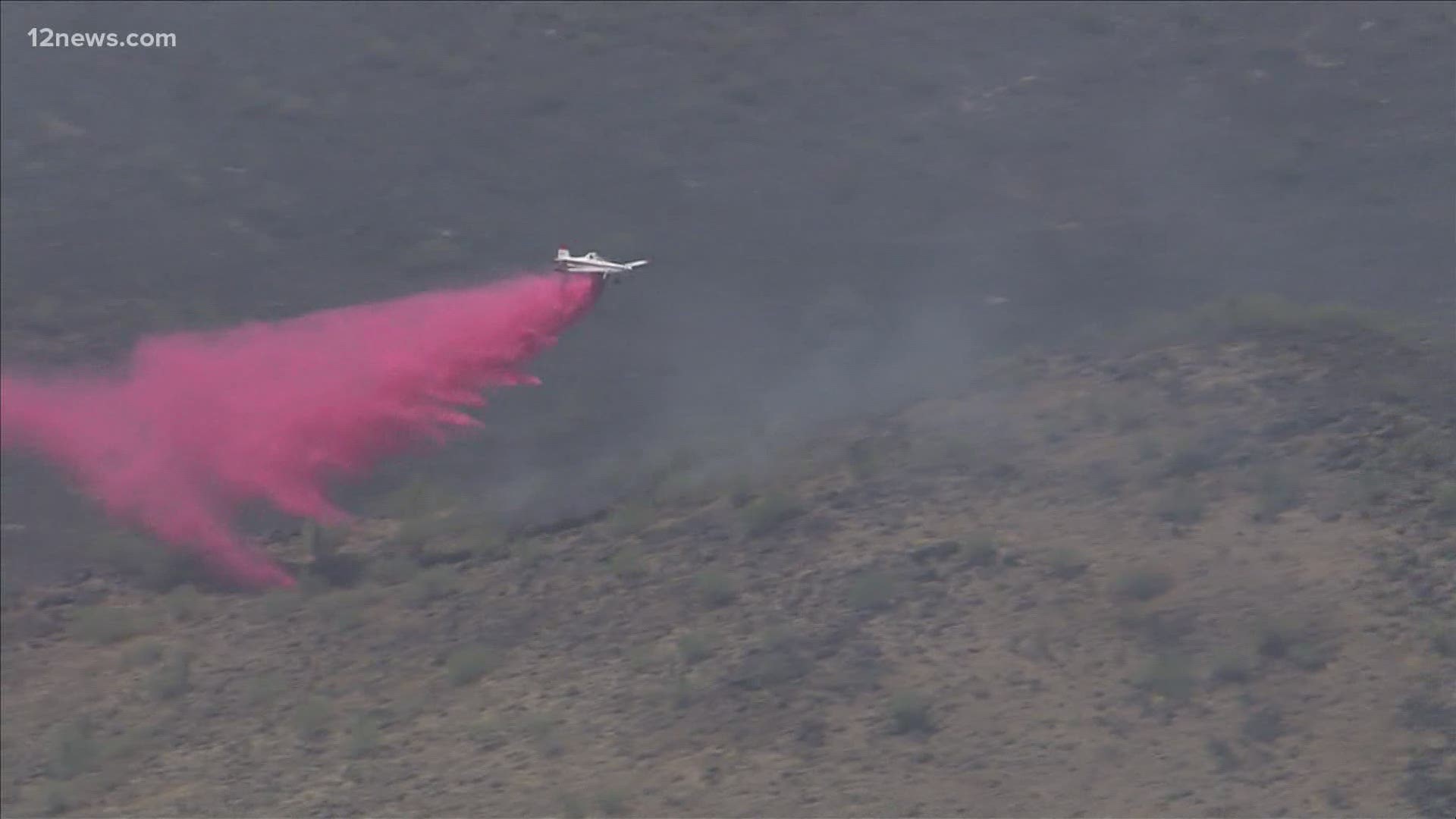 GLENDALE, Ariz — Editor's note: The above video is from an earlier newscast.

A fire that started on Thunderbird Mountain in Glendale was 85% contained at 90 acres as of Friday afternoon.

The fire was moving north and northeast with a moderate rate of spread as of Thursday.

The fire was more active on the eastern side, threatening the maintenance area of the 500 Club Golf Course.

Nearby residents were asked to stay inside and report spot fires.

Helicopters took water from nearby neighborhood lakes and dropped it on the fire on Thursday.