Officer Townsend was just 26 years old and a five-year veteran with the Salt River Police Department when he was killed in the line of duty by an alleged distracted driver. 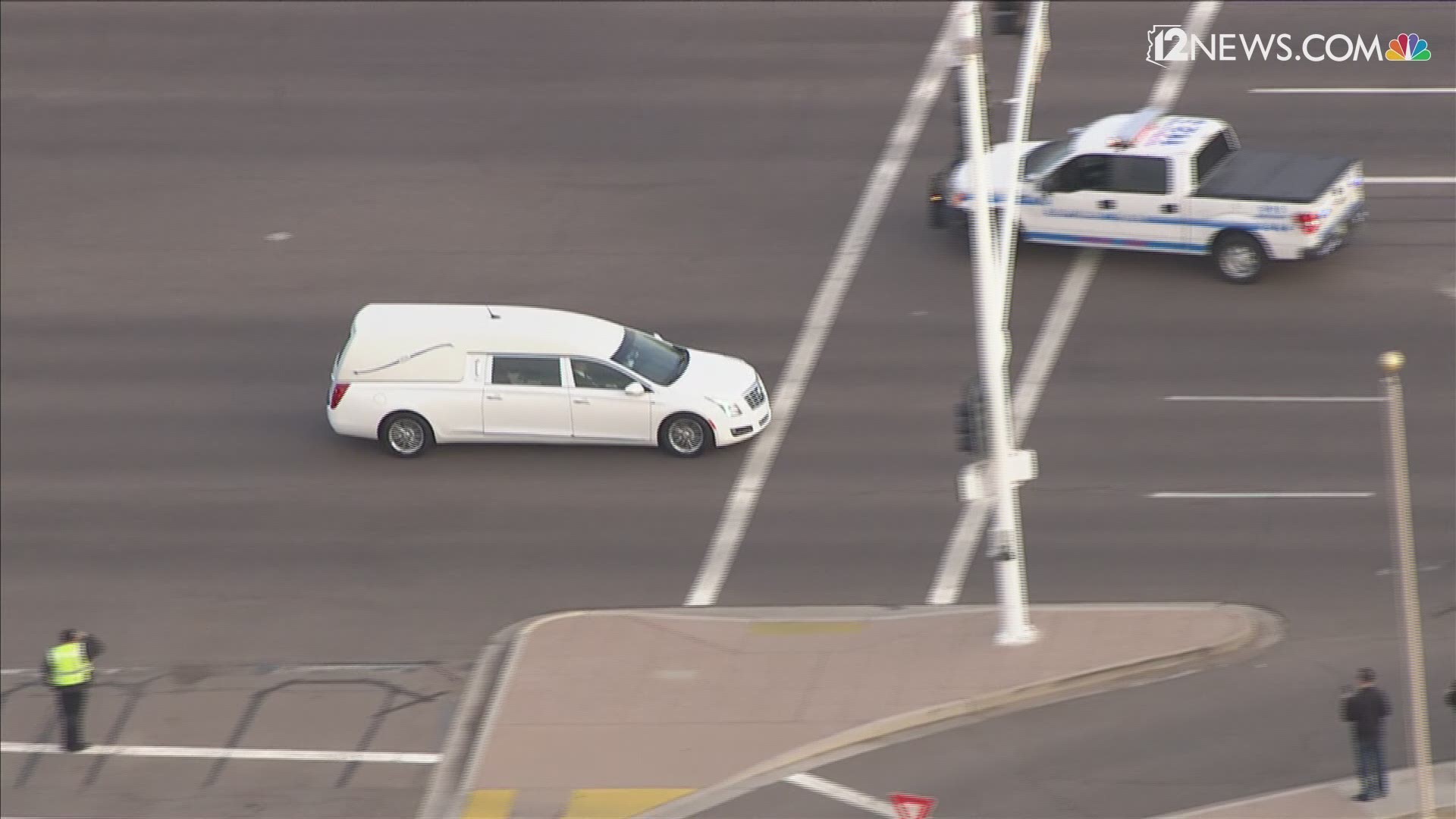 A lengthy procession led by a white hearse carried Townsend's body early in the morning to a north Peoria church for his memorial service.

The hourlong procession from a Scottsdale funeral home included dozens of police motorcycles and a long line of other law enforcement vehicles with flashing lights.

Traffic was halted on the Loop 101 freeway for the procession, and a giant American flag was hung in tribute from firetrucks' raised ladders in the driveway to the Christ’s Church of the Valley.

Nearby, Arizona and U.S. flags hung in tribute from Arizona Public Service Co. equipment as utility workers stood with their hands over their hearts.

Townsend was just 26 years old and a five-year veteran with the Salt River Police Department when he was hit and killed by an alleged distracted driver while conducting a traffic stop on Loop 101. That driver later told authorities he had been texting and driving.

He is survived by his wife, their 10-month-old son and his parents and brothers who, along with many others, packed the north Peoria church to remember the fallen officer.

"Clayton's passing is a tragedy and it has broken my heart," his brother Cole said through tears as he read the eulogy for his brother.

Cole Townsend shared childhood stories of his brother and shared a sentiment echoed by many inside the church Tuesday. Clayton was a "strong, confident, kind, genuine, smart, funny guy."

"He had a smile that everyone felt," Cole Townsend said. "He was the type of person when he walked into the room no matter how bad your day he was the light."

Auerbach said the community was "safer when Clayton was on duty."

Honors immediately followed the memorial service in the grass area outside of the church. Townsend was honored with a gun salute. Auerbach presented Townsend's widow with the American flag from his casket.

Townsend's last call was heard over the loudspeaker.

A memorial fund has been set up for Townsend’s family. Those who would like to donate can do so at any Wells Fargo branch under the Clayton Townsend Benefit and Memorial Fund.