Haunted happenings inside the Orpheum Theatre in Phoenix

Along with catching incredible performances on stage, guests might catch a glimpse of "Maddie" and other ghostly apparitions. 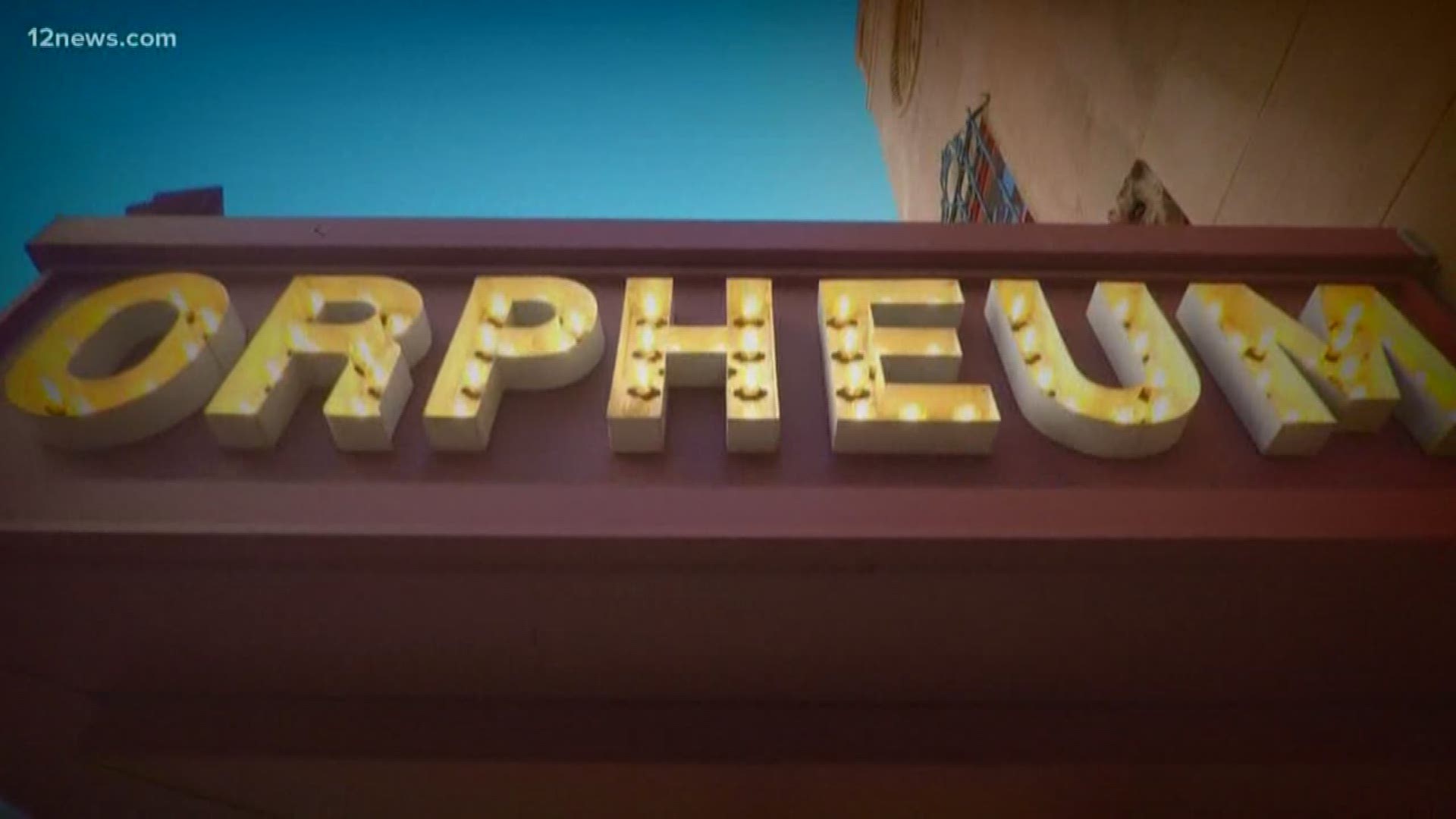 PHOENIX — Since its creation in 1929, the Orpheum Theatre in downtown Phoenix has been home to some incredible performances. But throughout its life, the theater has also become known for its paranormal house guests.

As Halloween season continues, I decided to stop by the iconic theater to learn more about their ghostly guests.

From the moment I entered the theater, it felt as if I had walked through a portal in time. Along the walls on the back hallways were countless autographed photos of previous performers of the Orpheum Theatre. But as you walk to the theater lobby, the true character of the location is revealed.

RELATED: Is it possible to get scared to death?

Ornate decorations adorn the halls just outside the stage. As I rolled through the lobby area, I was bathed in a soft yellow glow from the lights hanging overhead. My voice echoed through the walls as I spoke with a couple of theater employees.

RELATED: Check out these haunts and Halloween happenings around Arizona

It’s easy to see why a ghost would have no problem calling the Orpheum home.

David Cruse, the Theatrical Venue Manager for the City of Phoenix, shared some insight into the theater’s haunting history. He says the most prominent ghost walking the property is of a little girl named “Maddie.”

As the most famous ghost in the Orpheum, "Maddie" has been known to tap people on the shoulder, shush people and "lives" in the balcony area.

But she isn't the only paranormal sighting in the theater.

ON YOUTUBE: Learn more about the ghosts of the Orpheum Theatre

"There are at least four different ghosts that reside here at the theater," Cruse said. "We are often put on the most haunted places in Arizona lists."

Cruse says guests can learn more about the apparitions roaming the theater grounds on their ghost tours. Guests can walk the eerie halls and see if they can catch a ghost on film.

RELATED: Here are the most-searched superhero, villain Halloween costumes of 2019

The Orpheum Theater is home to some truly incredible history and even more intriguing ghost stories. If you ever find yourself in downtown Phoenix and are looking to add a little haunting to your history, make a stop by the theater.