Eric Bacorn hit a half-court shot for more than $70,000 at Saturday's Suns game. Now he's discussing what the moment was like and what he's doing with the money. 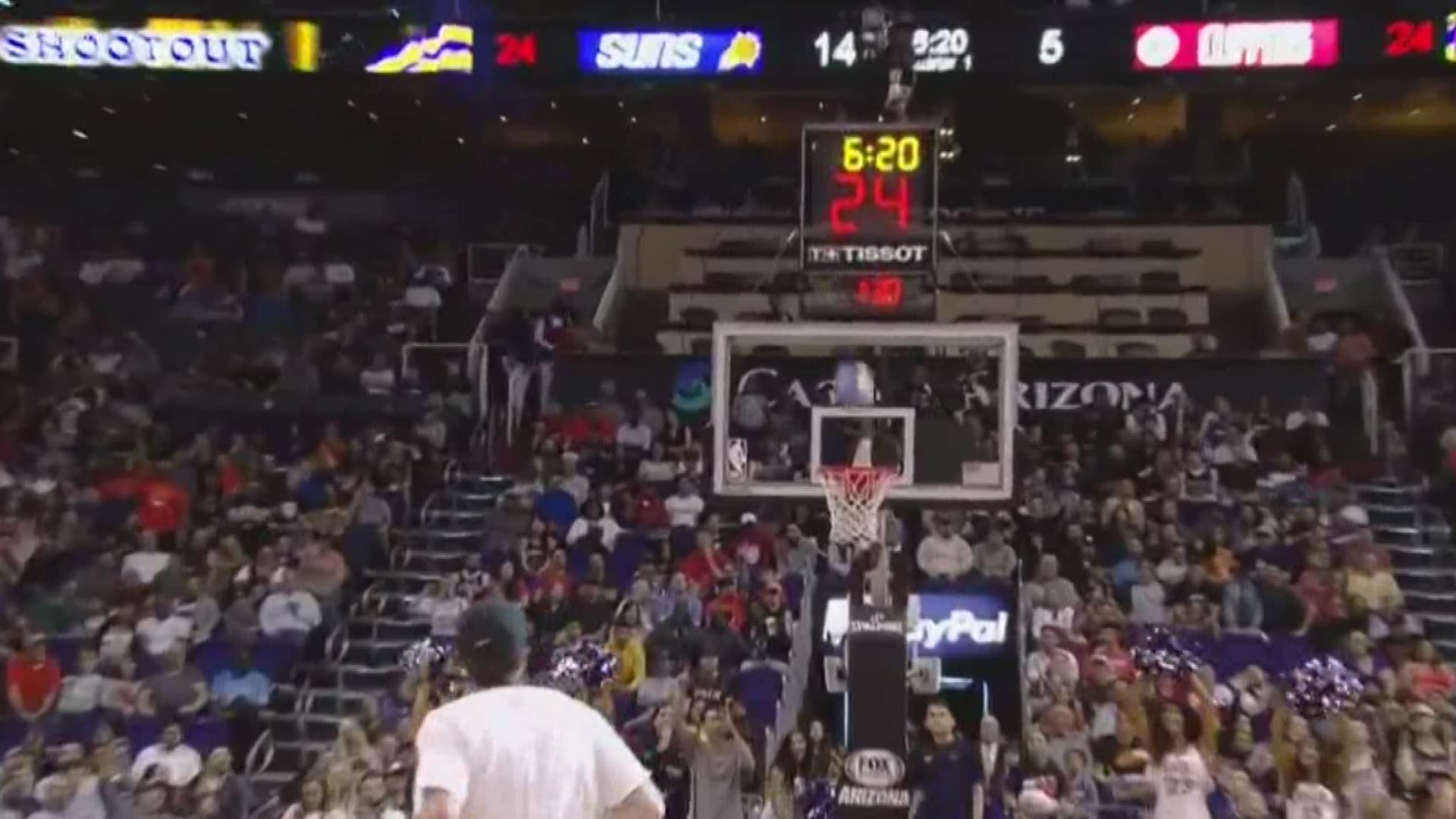 PHOENIX — Saturday Night, The Los Angeles Clippers played the Phoenix Suns. The game was an upset, as the Title favorite Clippers lost to the Suns 122-130. However, the biggest shot of the night may have come from a fan, Eric Bacorn.

Part of the Casino Arizona's Lucky 7 Shootout, Bacorn decided to go for the half-court shot worth $77,777.

For context, analysis found between 2001-2014, NBA players made less than 3% of their half-court heaves, but Eric swished it – sending the crowd of more than 15,000 into a frenzy.

He said he originally thought the half-court shot was less and planned on shooting a three-pointer, but he changed his mind after learning the full amount.

Eric Bacorn played football in college for Arizona Christian and also played high school basketball. He said he never hit a half-court shot in a game, but he knew the shot was in as soon as he shot it.

“I did my little spin, like I said. I did one, two“ Eric said. “I knew right at the release actually.“

“I saw my roommate running out to me practically clothes-lining me while he is running out on the court.“

Bacorn said the moment was surreal, hitting a shot for that much money in front of that many people.

"Right when I made it, I didn’t hear anything at first, like the crowd was quiet to me. It was so surreal."

Bacorn said he plans to buy his parents a nice gift when they are overseas next summer. He may buy himself a Gucci bag and plans to invest the rest of it.

He does not know how much money the prize will be after taxes.