Advocates say another situation, similar to what happened at Hacienda Healthcare, could happen under the current condition at facilities statewide. 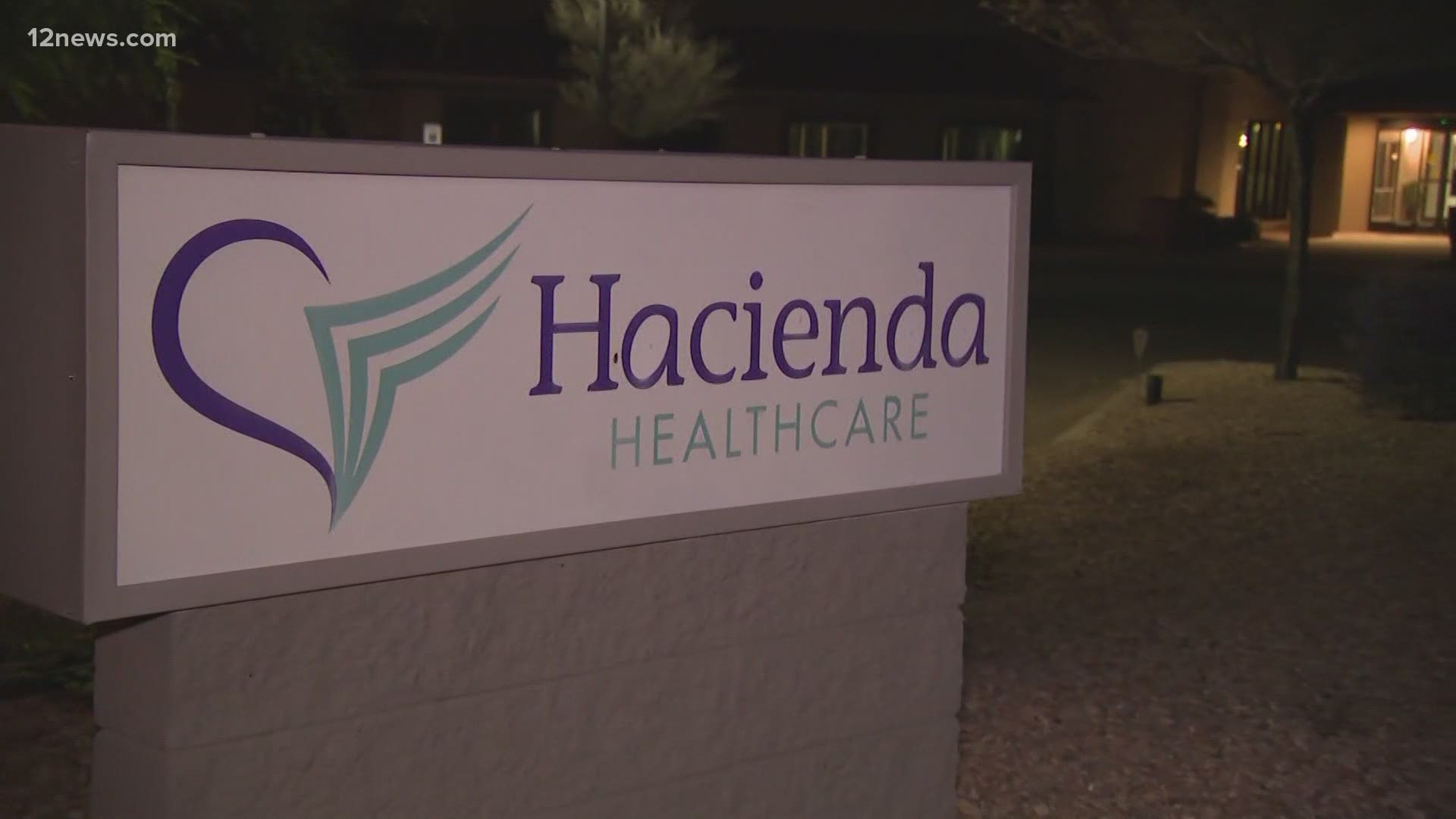 Sutherland would be put behind bars, where he is charged for raping an incapacitated woman who gave birth at Hacienda Healthcare.

The story caught national headlines, and Gov. Doug Ducey put together a special task force to look at the problems to make sure it didn't happen again.

“Most of the substantive changes have not been made” Dana Marie Kennedy, Arizona's AARP State Director, said.

Kennedy said she was a part of the governor's task force, which delivered 30 recommendations.

Kennedy said only a handful have actually been implemented. There were pieces of legislation last year which would have made some changes, however, a pandemic shortened session saw the bills die.

“It’s not being talked about, it’s not a priority,” Kennedy said. She is concerned that this year, the policies are not top of mind and may not get passed once again.

Coupled with a pandemic shortened session, COVID-19 has also changed over-site. With the virus often limiting who comes and goes from long term care facilities, it can limit those who could see signs of abuse.

“We are terrified that we are going to see incidents or we are not hearing about incidents that are occurring because we are not checking in on these folks,” Sarah Ruf with the Arizona Developmental Disabilities Planning Council said.

Both Ruf and Kennedy say another situation similar to what happened to Hacienda Healthcare is possible.

"Hacienda could happen today," Ruf said. "There has not been enough change across the board."

To prevent another sexual assault of a vulnerable adult at a state and federally funded facility.

One place that has seen major changes: Hacienda Healthcare. In a statement the facility said:

Virtually every aspect of Hacienda HealthCare has changed over the past two years.

We have new leadership and new management and staff in key positions. We have new patient care procedures and new safety measures and technology. We have undergone constant monitoring and inspections by federal and state agencies - and we continue to pass these inspections with flying colors.

Equally importantly, we settled our litigation with the Arizona Attorney General’s Office. That cleared the Hacienda Board of all wrongdoing and gave the organization a clear path forward into the future.