“The objective, here, is that we slow the spread of the virus,” Ducey said. “Arizona’s headed in the right direction, thank you to the citizens.” 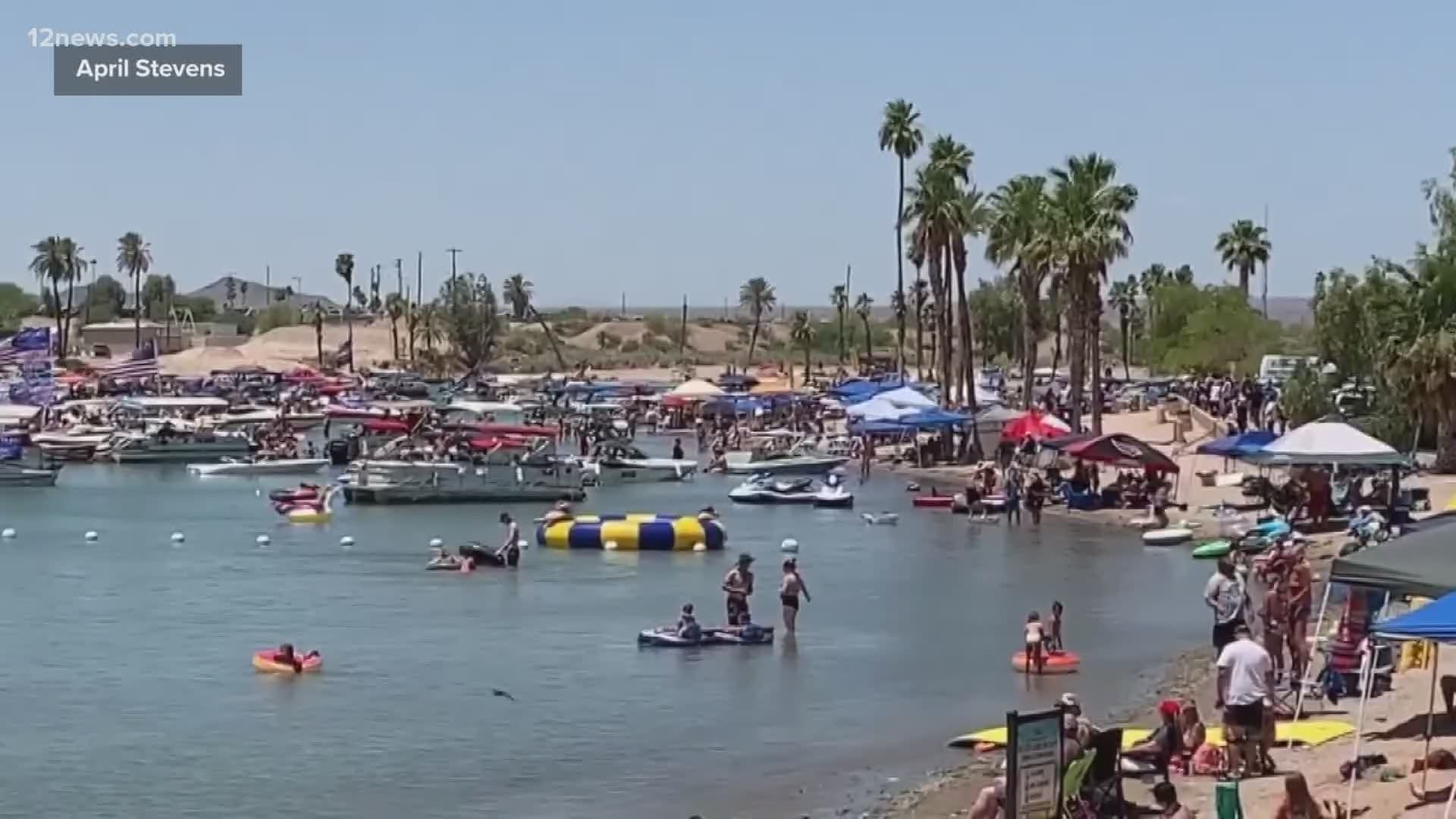 PHOENIX — Gov. Doug Ducey Wednesday announced the creation of the AZ CARES Fund, which he will use to dole out nearly $600 million in federal funding allocated to the state of Arizona by the federal CARES Act.

This money is aimed at smaller counties and municipalities. Each city or county is invited to apply for the money, and the money will be allocated based on the federal formula, which uses census data.

After the presentation, Ducey was asked about large crowds at places like Old Town Scottsdale and Lake Havasu over Memorial Day weekend. Video 12 News gathered appeared to show Memorial Day weekend festivities similar to pre-pandemic times, which called into question whether or not proper social distancing guidelines were in place.

“I’m pleased with the people of Arizona,” Ducey said Wednesday. “I know there are always going to situations that you guys want to focus on every time we get together rather than the millions and millions of people in our state that are behaving responsibly.”

Asked about what happens when those revelers return to their communities, some possibly carrying the virus, Ducey again thanked Arizonans for behaving responsibly.

“The objective, here, is that we slow the spread of the virus,” Ducey said. “Arizona’s headed in the right direction, thank you to the citizens.” Ducey hinted that numbers due out Thursday morning would reinforce what he said.

On Monday, President Trump tweeted that he would be open to moving the Republican National Convention from Charlotte to a state that is more open. North Carolina Governor Roy Cooper has not committed to allowing large gatherings by the time the RNC is to take place in August.

The Republican Party is contractually obligated to hold the convention in Charlotte, but governors from Georia and Florida have offered to host it instead, and Ducey all but offered Arizona up to do the same.

“The President is welcome in Arizona any time he would like to come,” Ducey said. “This is the President’s sole decision, and I expect him to make the decision that’s in the best interest of the election cycle and the electoral map.”

Arizona has 11 electoral votes in the 2020 election and is one of a handful of battleground states that will likely be crucial to the winner of November’s election.