Ducey filed a notice of appeal and a motion to delay enforcement of a judge's ruling, which came down earlier this week. 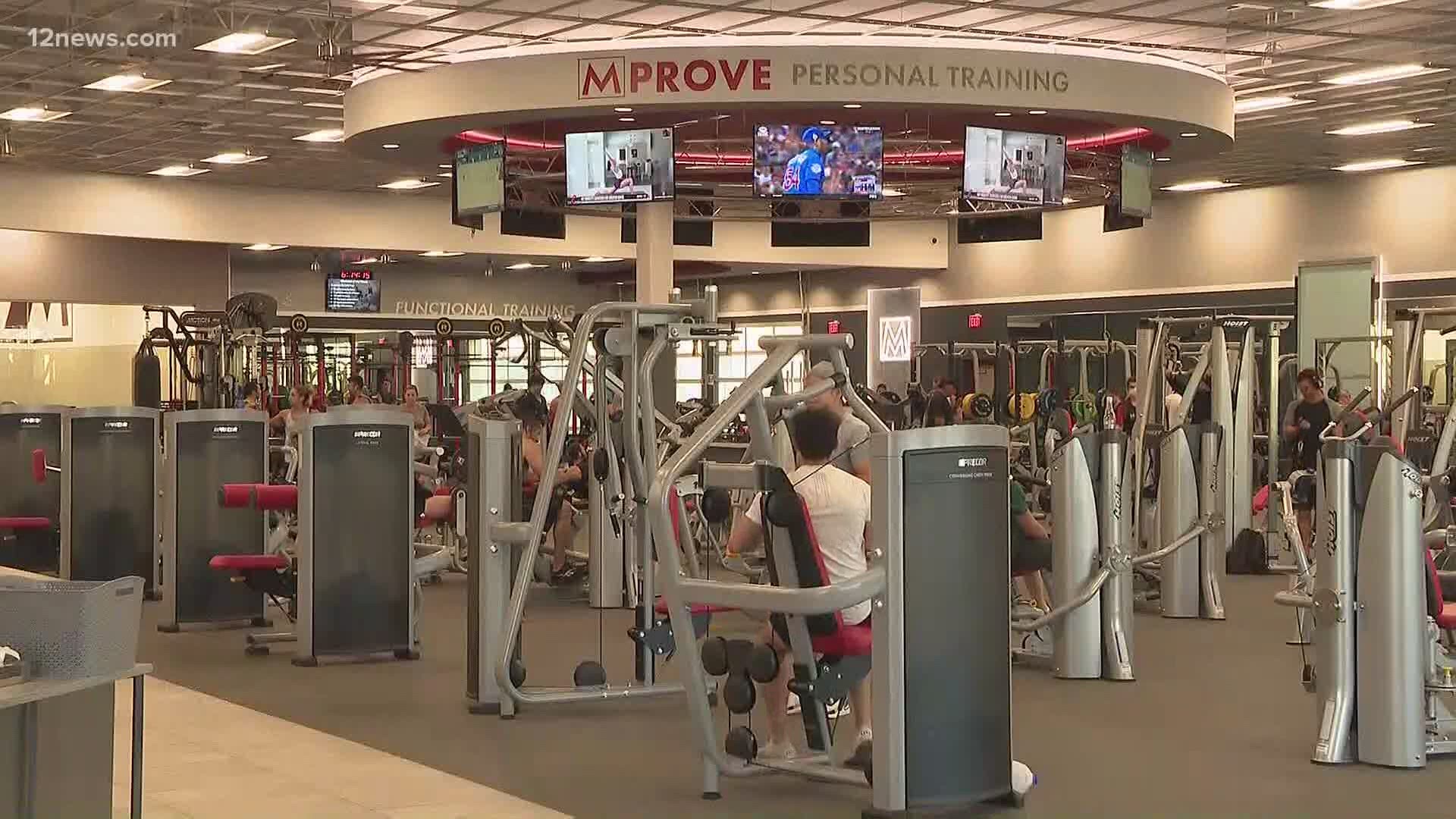 PHOENIX — A judge denied Governor Doug Ducey's request to keep gyms closed until an appeal process was complete on a ruling requiring the state to provide a way for gyms to apply to reopen their facilities.

Ducey filed a notice of appeal and a motion to delay enforcement of the judge's ruling, which came down earlier this week.

Judge Thomason had ruled that "fitness centers must be provided a prompt opportunity to apply for reopening."

Gyms are currently set to be closed until at least Monday, after Ducey extended executive orders that closed gyms, movie theaters, bars, water parks and tubing.

The ruling was announced on Tuesday. The Arizona Department of Health Services has since released forms where businesses can attest that they're complying with the department's COVID-19 guidelines.

Mountainside Fitness had previously filed for a restraining order against Ducey's initial June 29 orders, but lost the decision.

A judge last month also ruled against Xponential Fitness after the company sued the state over Ducey's executive order. 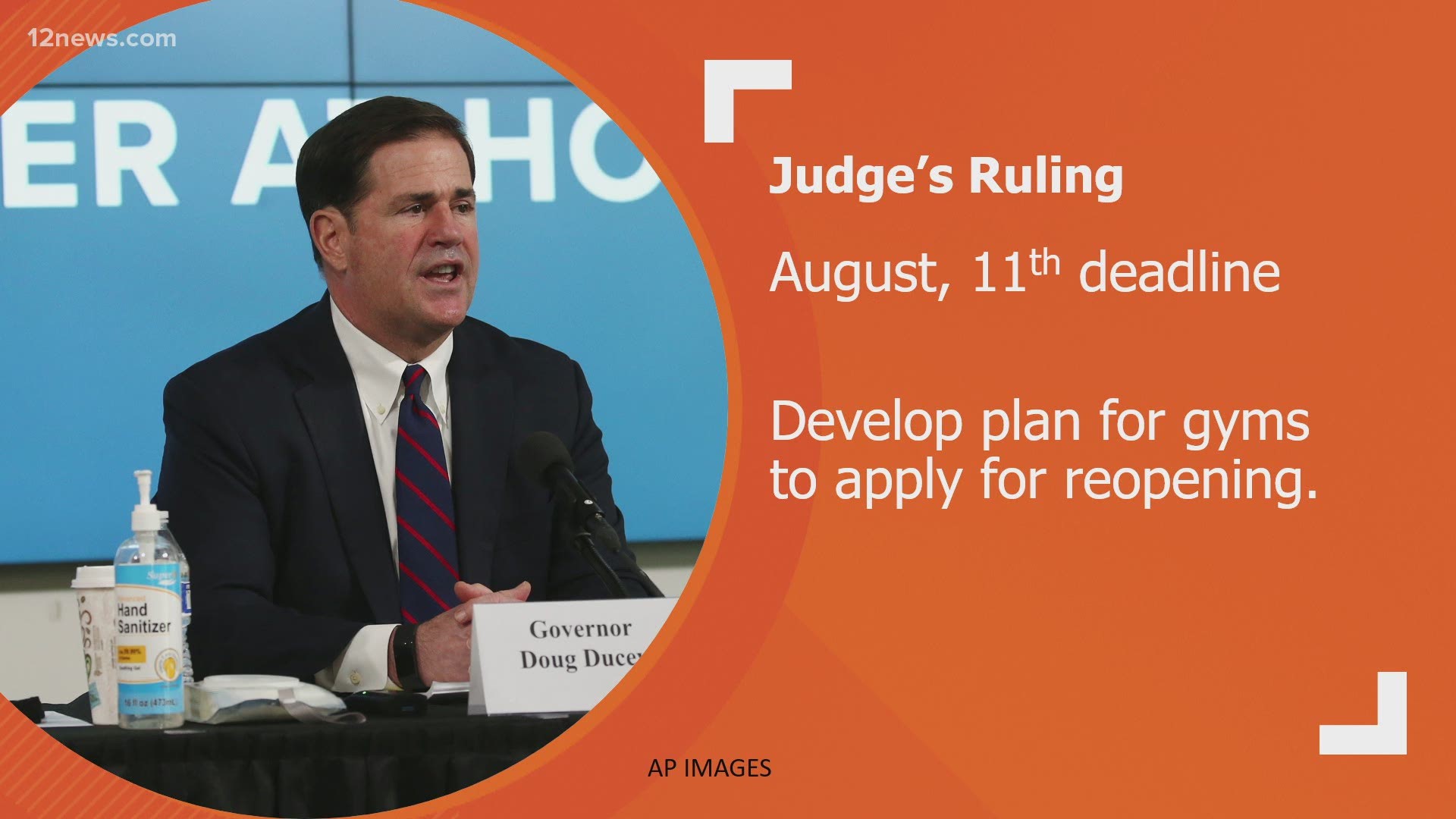