Police said the boy's parent found text messages between the sixth-grade teacher and her son "indicating sexual activity," which allegedly happened both on and off campus. 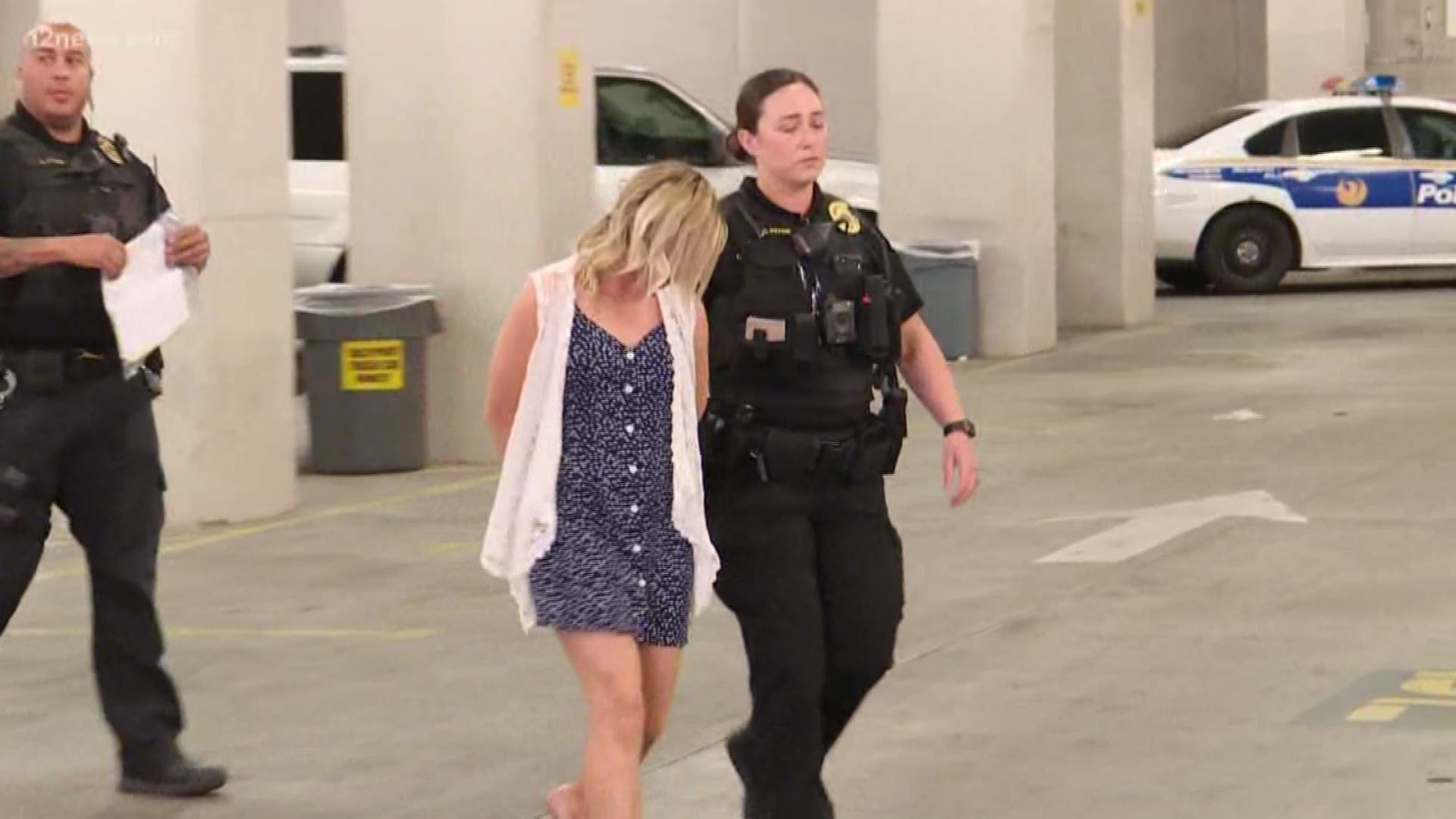 GOODYEAR, Ariz. - A 27-year-old teacher at Las Brisas Academy in Goodyear was arrested Thursday for alleged sexual misconduct with a student.

According to Goodyear police, the alleged sexual misconduct was reported to police by the elementary school's principal.

The allegations against Brittany Zamora, a sixth grade teacher, were brought to the principal's attention by the parent of the victim, police said.

Police said the 13-year-old boy's parent found text messages between Zamora and her son "indicating sexual activity," which allegedly happened both on and off campus.

The news comes as a surprise to those who have known her for years. If you look at Zamora’s social sites, you can see her high-flying, skydiving proposal, a custom diamond and even a show-stopping first dance at their wedding. Zamora and her husband seem like a perfect couple.

Neighbors and family friends both shocked to hear the news of the allegations.

“When you see them together they seem very happy,” next-door neighbor Jennifer Qualls said.

Zamora was booked on one count of transmitting obscene material to a minor.

“Utterly ridiculous. To me, it would be the same as saying the same thing about the Dalai Lama or Mother Teresa. Whatever this is about, they'll get to the bottom of it, I'm sure, eventually and clear her name,” he said.

No one was home at the Zamora's, but Qualls said she can't believe the allegations, but as a mother of a teen herself, she said it's horrifying to think this could happen to any student who trusts an educator.

“Especially if it's your kid, and your kid's getting that close with that teacher, you're just thinking it's just a student/teacher relationship, nothing to worry about. And then something like this happens, and you realized you should've worried more,” she said.

The tables now turning for Zamora 3-and-a-half years after the supposed happiest day of her life.

The school district released a statement following news of the arrest, saying the incident was "immediately" reported to police.

"In the late evening of March 21, 2018, a parent at Las Brisas Academy reported an allegation involving a staff member and a student. We immediately reported the incident to local law enforcement.

The investigation is in its preliminary stages and as more information becomes available, we will update you.

While employee privacy law does not allow us to comment on the employee issues, we have taken the corrective steps to separate the students and staff member and have reported the incident to the Goodyear Police Department for investigation.

The safety of our students is our #1 priority. Transparency is equally important. We are fully cooperating with the Goodyear Police Department and will comment further at the appropriate time."