Firefighters were called to the home with reports of multiple explosions, a fire and two people trapped. One person is still in critical condition. 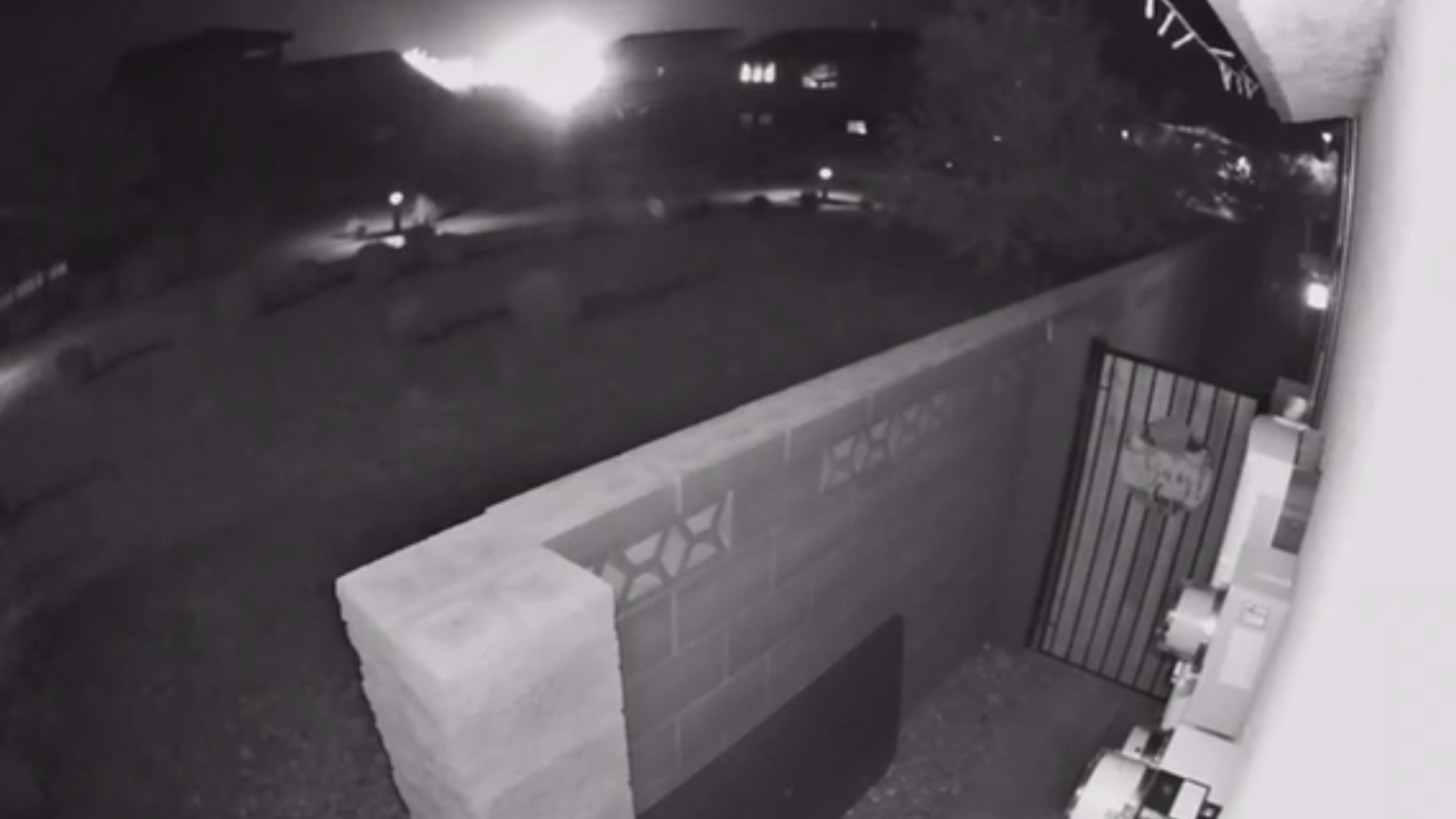 Investigators are working to figure out what caused a house to explode in Goodyear Sunday night.

A spokesperson for Goodyear Fire Department said multiple explosions went off at a home on Hadley Street near Cotton Lane and Yuma Road.

“I just felt like a big shake and a booming noise,” Cheryl Durham, a neighbor said.

Durham lives a couple of doors down from the house that exploded and subsequently caught fire around 9 p.m.

Even a couple doors down, Durham said the large flames weren’t just easily seen from her backyard but felt too.

“You could feel the flames, it was really hot out there,” Durham said.

A street over, Tori Rocha’s security camera caught the explosion.

“The whole neighborhood heard this kind of really loud bang, it kind of shook our house,” Rocha said.

Watch the video below:

Guns, ammo and other items inside

Battalion Chief Nick Lyons from Goodyear Fire Department said crews were called out to the house for multiple explosions, a fire and two people trapped inside the home.

The fire ended up triggering a second alarm because of a man and woman who were burned inside the house. Lyons said the man is still in critical condition, while the woman has been released from the hospital.

Lyons said several explosions went off at the house, large ones at first, but others were still going off as crews got on the scene.

“There’s guns, ammunition and some other materials and gun powders and things like that,” Lyons said.

Crews were able to keep flames from spreading to homes next door, however, Lyons said one home did have some other damage.

Cause still under investigation

Goodyear Fire Department, Goodyear Police Department and the Bureau of Alcohol, Tobacco and Firearms are trying to figure out what happened.

However, they have ruled out a gas leak.

“Not sure what the exact cause is and what started it,” Lyons said. “But the amount of fire and those explosions, obviously that’s directly related to some of the materials that are in the house.”

Investigators were on scene at the house until nearly 4 p.m. Monday going through their investigation after pulling out the guns, ammo and other items.