The department is one of the first in the country to take a major step toward preventing firefighters from getting cancer from their work. 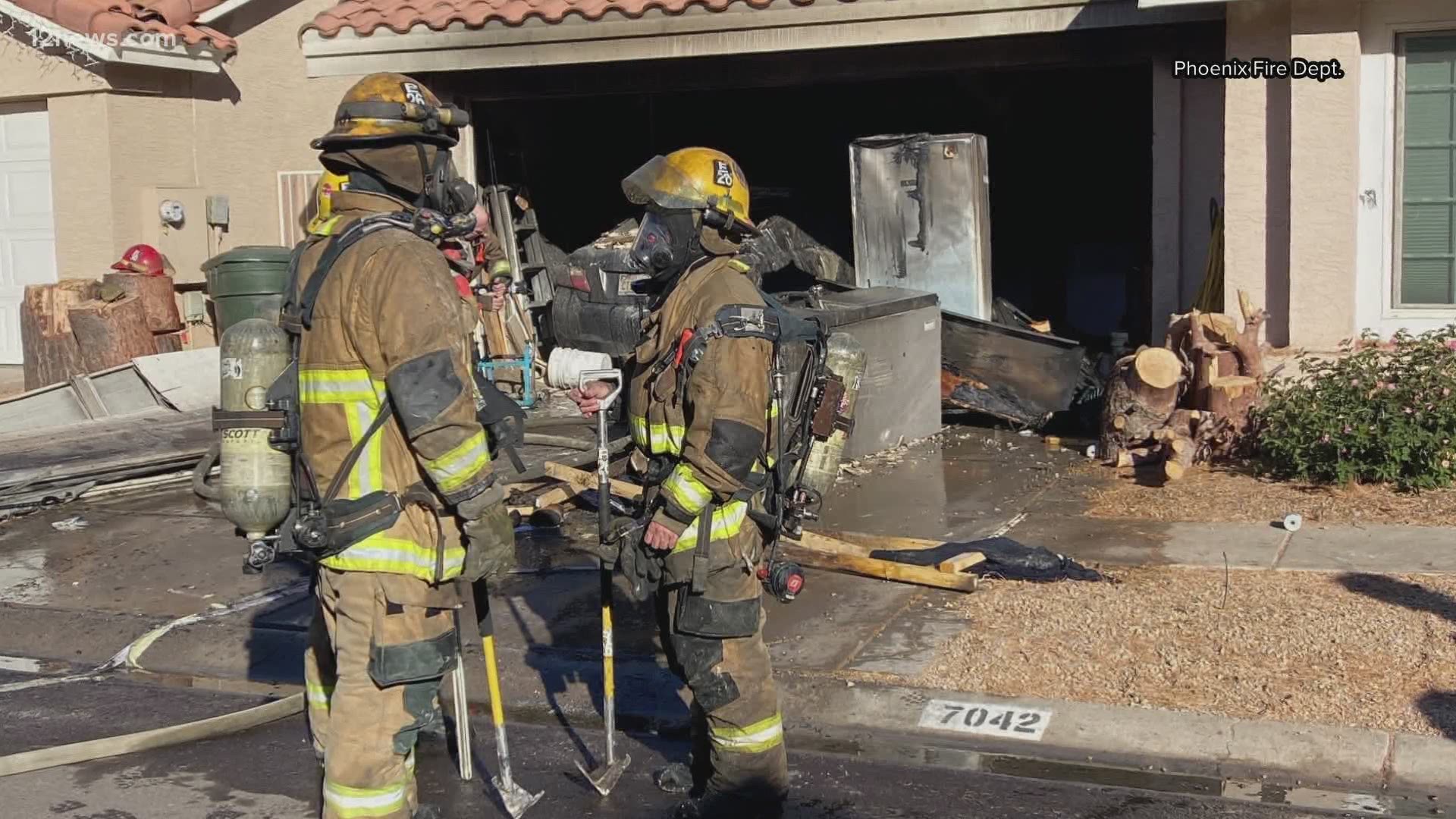 GOODYEAR, Ariz. — The Goodyear Fire Department is one of the first fire departments in the country to take a major step toward preventing firefighters from getting cancer from the important work they do.

Goodyear opened up Station 186 near Willis and Rainbow Valley roads in early January.

The station is one of three that will be built with special air partitioning systems to keep carcinogens away from firefighters in between calls.

More and more building materials and household items are made with plastic, and when plastic burns, the smoke it puts off can contain cancer-causing substances that are then inhaled by firefighters.

The CDC reports that firefighters have an increased risk of cancer diagnosis and death as a result of smoke inhalation.

There isn't much firefighters can do about inhaling smoke when they are putting out a fire, but in the living quarters of a station, there is an opportunity to keep firefighters away from fumes as they eat, sleep and wait for the next call.

Goodyear firefighter Gilbert Aguirre was diagnosed with leukemia in 2015. He is cancer free now but has to take a daily chemotherapy pill to stay that way.

With no other risk factors for the type of cancer Aguirre contracted, he is sure that fighting fires are what caused his cancer.

Aguirre helped design the new station and the new processes that will go along with fighting fires in Goodyear.

First, crews will decontaminate their gear upon returning from a fire.

That gear will then be kept in a room with different air pressure from the rooms in which the firefighters spend their time between calls.

The different pressures keep the residual smoke and ash, which can contain cancer-causing substances, away from the firefighters.

The city of Goodyear committed in 2019 to build three new fire stations.

Station 186 is the first to open, with two more expected in the coming years.

The city and its firefighters hope these changes will save firefighters from cancer in Goodyear and around the world.

RELATED: Peoria Fire captain dies after 10-year battle with cancer, will be laid to rest Friday