Police officer Ty Nowatzki and firefighter Kyle Knight were recognized for their bravery. The pair say the departments have a special relationship. 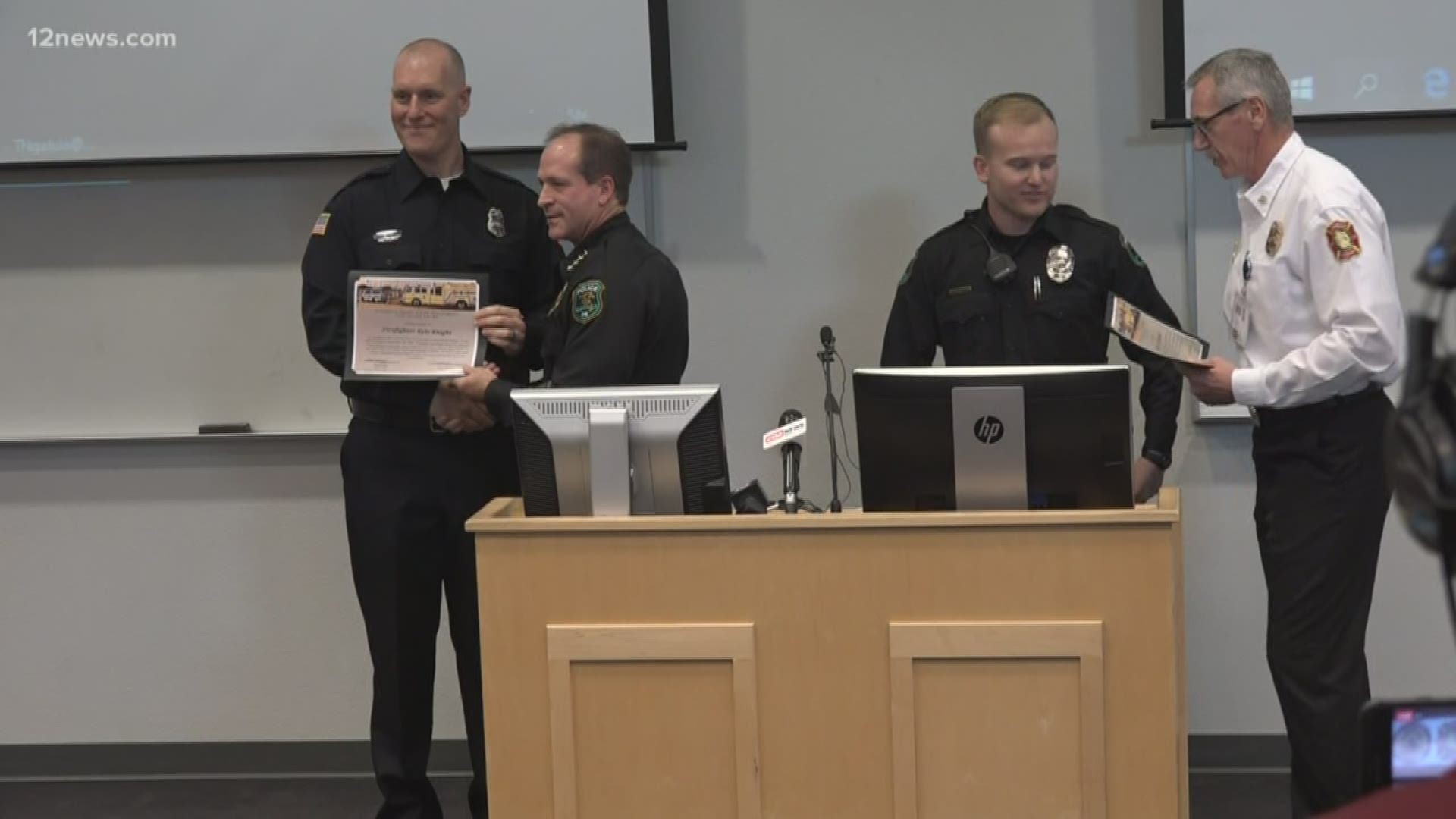 GLENDALE, Ariz — A Glendale police officer and firefighter were honored Tuesday morning for saving the lives of two men who were trapped inside a burning apartment building on 63rd Avenue and Bethany Home Road in the early morning hours on September 7.

Officer Ty Nowatzki and firefighter Kyle Knight worked hand in hand, running into danger to make sure people were safe.

For rookie Glendale police officer Ty Nowatzki, there was never any doubt he’d follow in his Dad’s footsteps.

"Yes, I decided that in college," Nowatzki said as he stood next to his father and mother.

His dad, Jamie, who retired from the Glendale police department three years ago, watched proudly as his son received an award for valor when he ran into a burning apartment building.

"You know, I think he’s a lot more compassionate than I am, so he picked that up right away and that's going to really help him out," said Jamie Nowatzki.

Glendale Police officer Nowatzki and Glendale firefighter Knight were honored by their respective chiefs this morning.

“Here in Glendale, we have something special where we work with PD and Glendale Fire on a daily basis. We have an incredible relationship and we always have each other’s backs," Knight said.

"We work alongside fire and it’s awesome we recognize each other. The last thing I want is all the attention but I do appreciate it," said Nowatzki.

Both Nowatzki and Knight admit they’re not comfortable getting all this attention, but they say it’s nice to be recognized for doing a good job that often means putting your own life on the line.

"It’s always nice to be recognized for doing a good job. It’s nice to be up here with my crew members," said Knight.

As for Jamie Nowitzki, who spent 35 years as a Glendale police officer himself, he’s says he’s a proud father.

Both men said they were glad to share the moment with their families and especially their brothers in arms who help keep them safe.