The footage shows Officer Dylan Ansell arriving to what appears to be a large party on October 13 before multiple shots can be heard. 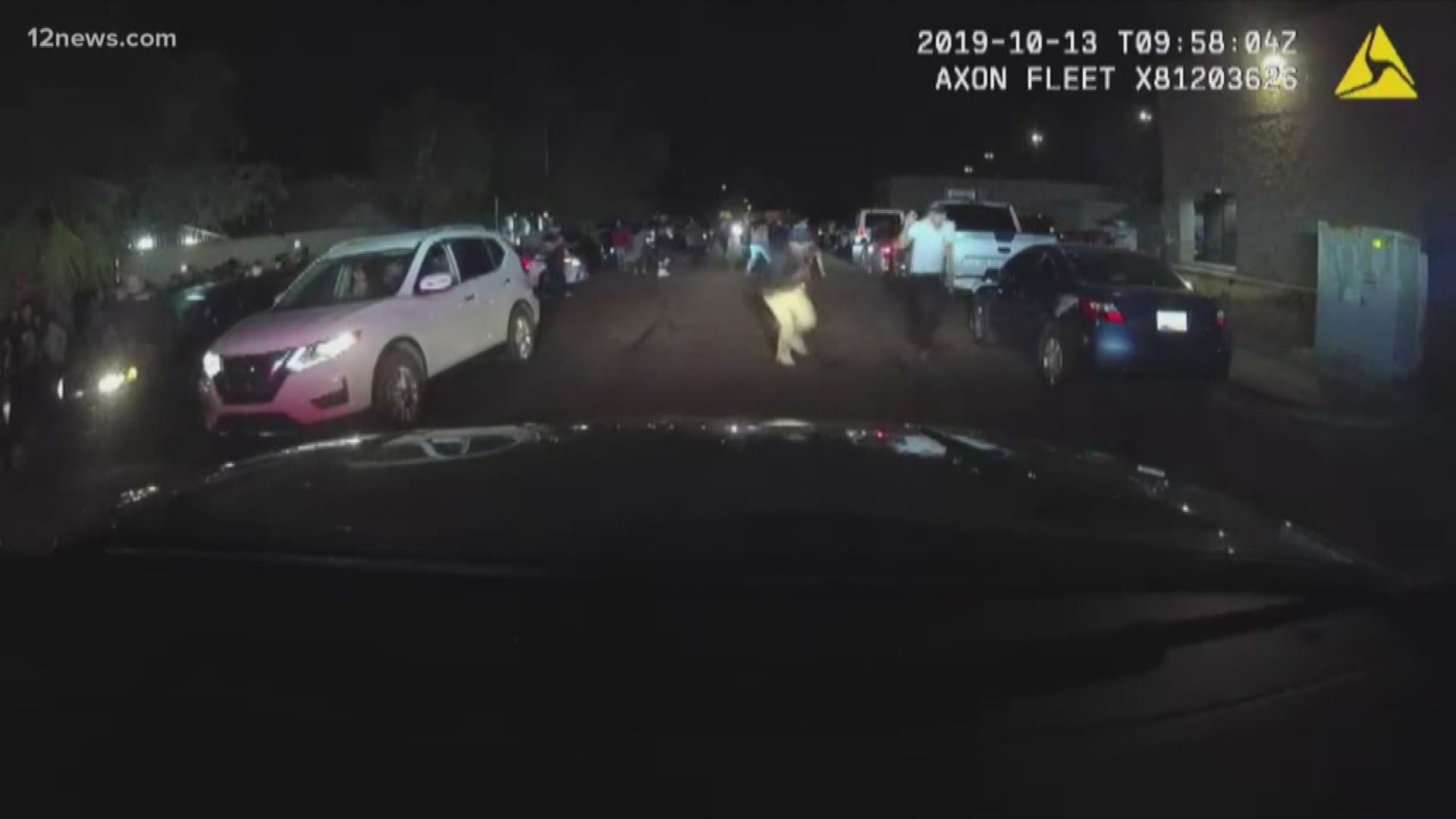 The Glendale Police Department has released body camera and dash-camera footage in the shooting death of a 17-year-old back in October.

The footage shows Glendale police Officer Dylan Ansell arriving to what appears to be a large party near 67th and Northern avenues on October 13.

The video above shows the surveillance video where the shooting happened.

The video below may be upsetting to some viewers. This video shows the point of view of Ansell from his body-worn camera.

The footage shows people leaving as Ansell sits in his car with the lights on. Glendale police said there were about 200 people. Ansell can be heard radioing in about the party before multiple shots are fired.

Ansell leaves his vehicle as shots continue to be fired. The officer can be heard yelling "hands up" and "get on the ground" before he returns his own fire.

At one point in the video, Ansell says "I've got at least three other people still actively firing. I've got one down, stage fire." More officers arrive at the scene.

Ansell, Glendale PD, said believed the gunfire was not random, but potentially an "attack on the party-goers or an active gun battle."

According to Glendale PD, three shell casings matching Santibanez's gun were recovered from the same area where Ansell witnessed him standing and firing.

Glendale PD said other than the shots fired from Santibanez's gun there were more than 40 spent shell casings found in the area of the illegal party in the industrial district. Those casings were traced back to more than a half dozen weapons that were fired, according to police.

Body camera footage shows officers yelling at party-goers to get away from his body. Another officer is seen cuffing Santibanez.

Santibanez was killed in the shooting.