Fire captain Anthony Valverde gives us a play by play of each step of an Acrophobia Test, in the blazing Arizona summer heat. 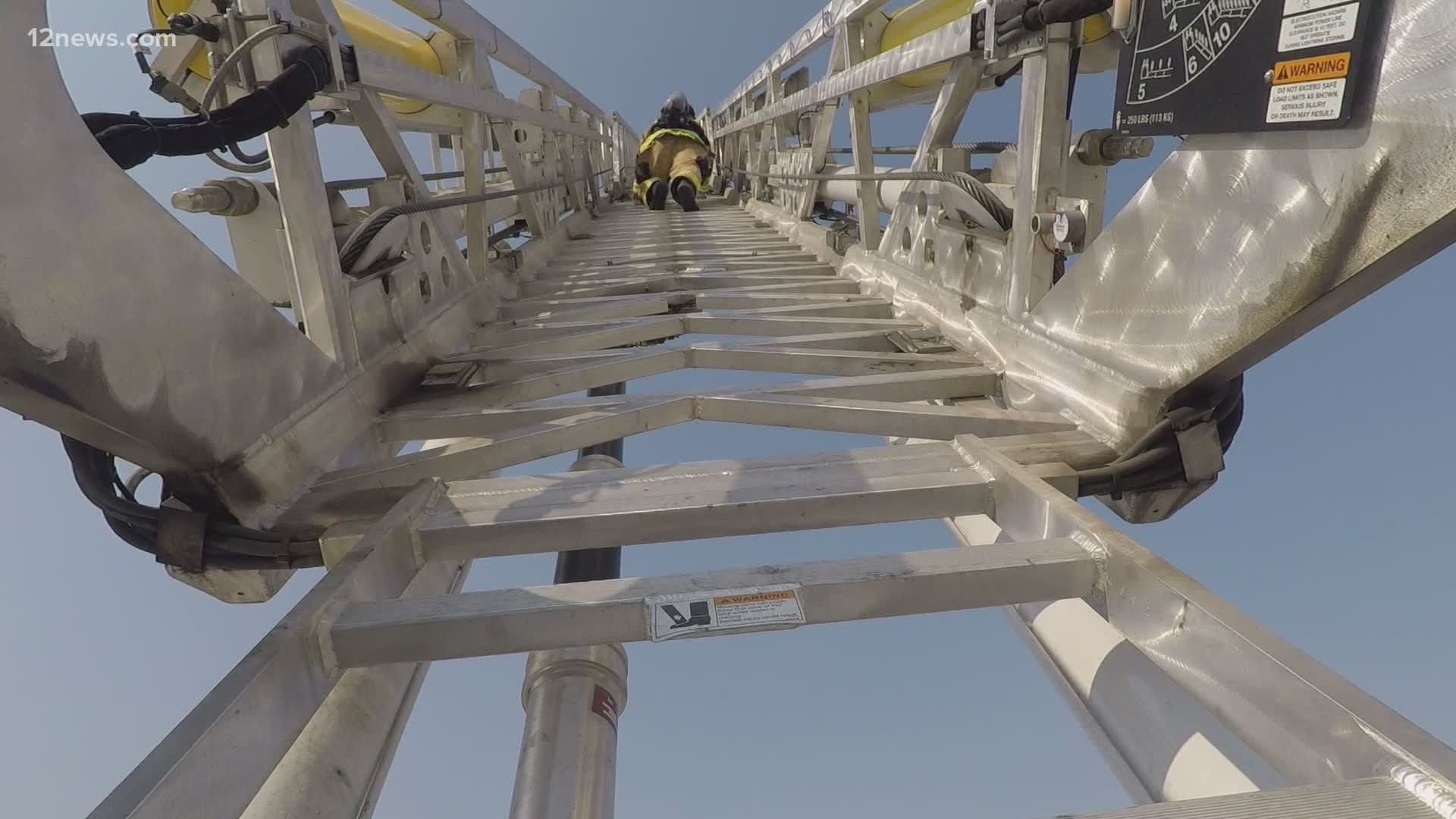 GLENDALE, Arizona — Even in a normal year without COVID-19, firefighters in training have to overcome a lot of challenges before putting on the gear and taking that first official call. One of those hurdles is making sure they aren't afraid of heights.

It’s a test every firefighter has to pass in Glendale, and that's climbing a ladder on top of their truck that stretches about 100 feet into the sky.

Safety is key for the drill in the Glendale Fire Department. Fire Captain Anthony Valverde gives us a play-by-play of each step in the blazing Arizona summer heat.

The climb is called an Acrophobia test.

“It’s to get them over the fear of heights," Valverde said. "A lot of people have them and they don’t know that they have them until they climb this piece of apparatus, and then you see that real quick.”

Valverde said recruits wear full gear. They’re attached to safety equipment. Then up they go, making sure they’re ready for the real thing.

“Maybe a four-story apartment complex or a building where we’re going to actually set this piece of equipment up," he said. "Go up and perform a rescue. That’s the last thing you want going through your mind is, 'hey, I’m afraid of heights.'”

Step by step on the nearly straight up hike, Valverde said he really feels the climb in his legs.

“Especially with your gear on, it’s another 60 to 70 pounds of gear on you," he said. "Climbing to the top of something, it’s a good workout.”

Legs burning, body sweating. then comes the real kicker. Once firefighters reach the top and clip in, it’s the ultimate test.

The sight is a perk of the job for Valverde, but it doesn’t come as easily for all. And that’s where teamwork comes in.

“We’re talking to them, we’re getting their mind off climbing and focusing on the task and lot of the times we get them through it," he said.

Stepping up in training, vital for those sky-high emergency calls from their Glendale neighbors.