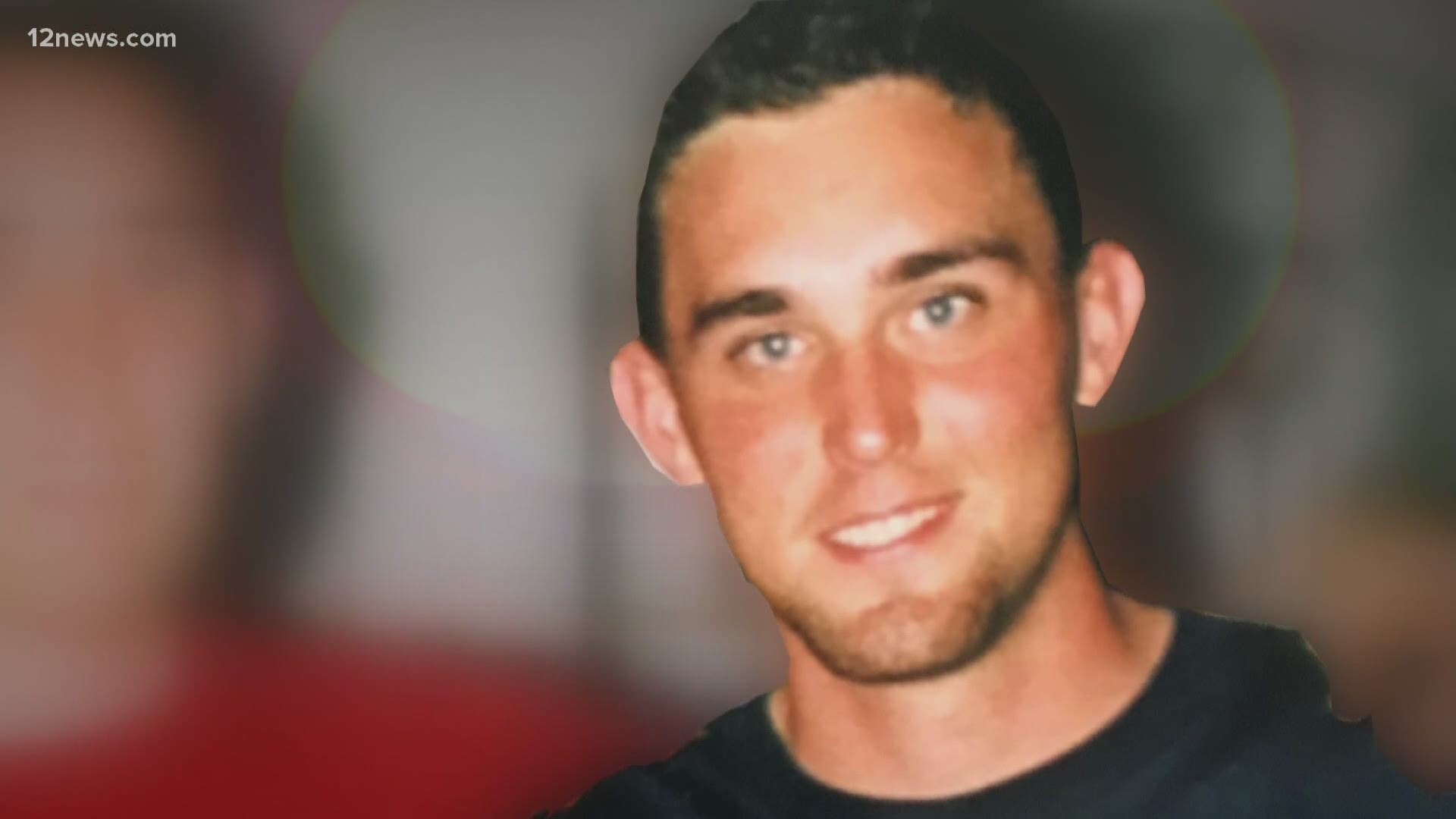 PHOENIX — A movement inspired by a fallen Glendale police officer needs funding, and its purpose seems especially poignant during this pandemic.

It has also provided grants to Big Brothers and Big Sisters, an organization Holly was especially passionate about.

“Tony lived life by his values and he would just love what the foundation has accomplished,” said Carrie Willems, one of Holly’s sisters.

A cause born out of tragedy

The 24-year-old graduated from Mountain Ridge High School and served in the Air Force before joining the Glendale Police Department. He was assisting another officer on a call when he was shot.

Fellow officers describe Holly as “wise beyond his years” and full of energy.

“He had the energy of a rabbit,” said Glendale Police Officer Darin Atkins, who graduated from the police academy with Holly.

Holly was known to take moments while on patrol to play pick-up sports with teens in Glendale. He grew up playing recreational sports and was the first to organize volleyball games for officers off-duty.

“We would be playing volleyball and the ball would go over a fence. He would hop over a six-foot cinder block fence, barefoot and laughing while he did it,” said Atkins.

While serving in the Air Force, Holly was a mentor for Big Brothers and Big Sisters.

Holly’s family formed the Anthony Holly Foundation after his death to honor what he was passionate about in life.

During its 14 years of existence, the nonprofit has collected $280,000 through fundraising events and tax-deductible donations, said Nancy Bonner, Holly’s mother.

Sports, arts and adventure, all in the spirit of Tony

Bonner said it’s impossible to know how many individuals the foundation has supported.

Bonner voluntarily runs the organization and there are no paid employees.

Annual donations have declined over time and the foundation has $4,500 in its bank account, about a fifth of what is typical. The charity is registered as a 501c3.

There are three ways to donate:

- Donate through the United Way through one’s employer

“Maybe you have a little bit extra so that these kids who have been cooped up for the whole year and haven’t been able to play sports, can play on the field or go to a camp,” said Willems.

“Maybe their parents are in a bad financial situation right now.”

The room is designed to help children feel comfortable and loved. It is filled with toys and stuffed animals. A golden-doodle comfort dog roams the facility.

“One of our main goals is to make victims feels safe while they are sometimes talking about the worst thing that ever happened to them,” said Melissa Thomas with the city of Glendale.

Officer Darin Atkins says Holly would be proud to know his legacy is helping less-fortunate kids.

“Organized sports gives kids a structure, some of who might not have a home, or who come from single parent homes,” said Atkins.

Atkins shares a tragic and unique bond with Holly. In 2006, Atkins was shot in the neck while on duty. Holly stood guard at his hospital door while Atkins was being treated.

“Unfortunately, two months later almost to the day, I was able to return the favor. I actually stood guard at the hospital room while he was being taken care of,” Atkins said.

When asked what goes through his mind when he thinks of Holly, Atkins says, “I just miss him.”

He adds that Holly still inspires officers with the way he did his job.

“It makes me proud to be a friend of his,” Atkins said. 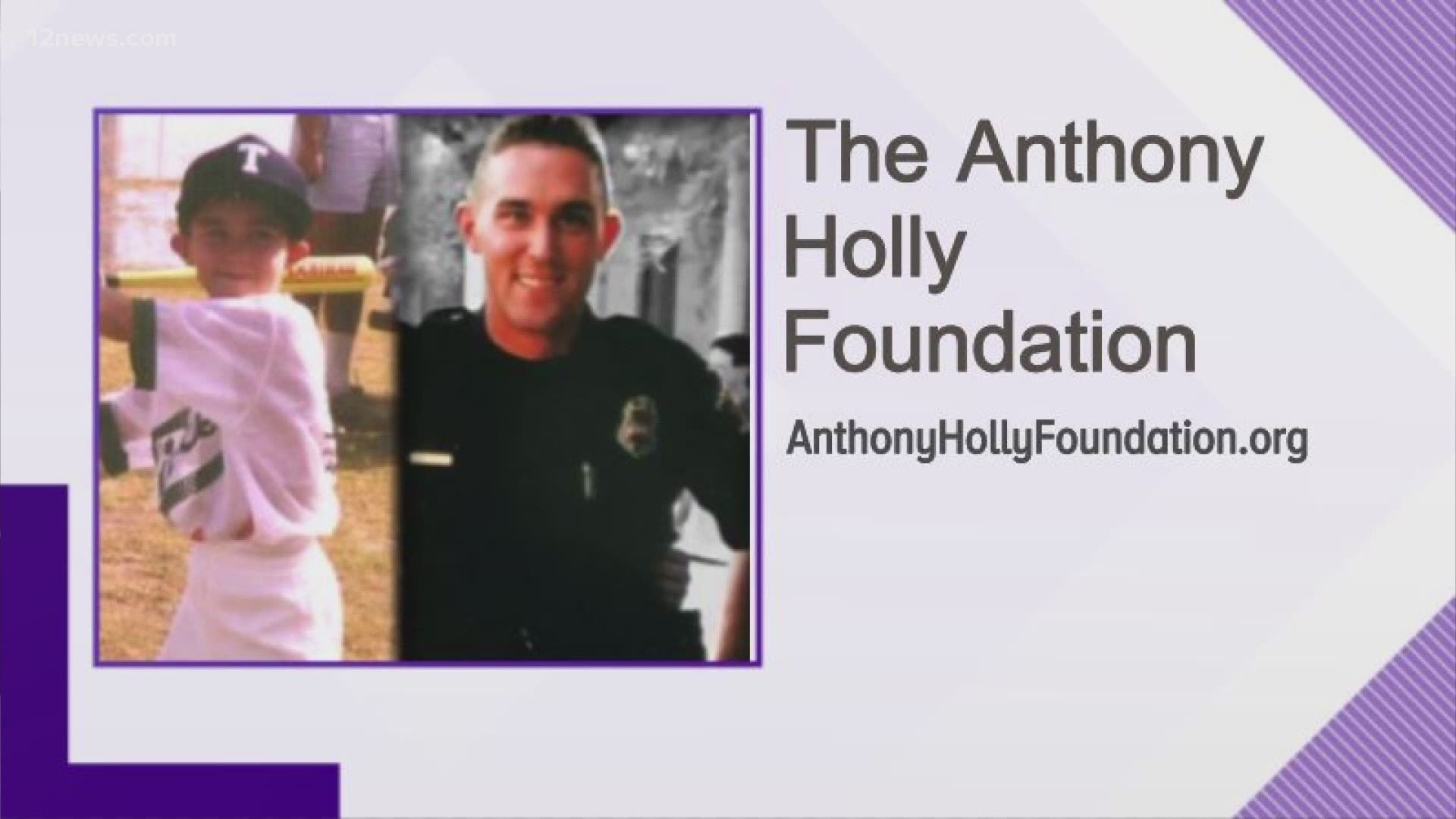 EOW 2/19/2007 Ofc Anthony Jon Holly 24yo. Tony was shot & killed in the line of duty backing up another officer on a traffic stop. He was a veteran, a member of @bbbsaz, alumni @MRHS_DVUSD, a son, a brother, a friend, & so much more. We 💙 you Tony, you will never be forgotten! pic.twitter.com/4D8vi4aEul