The girl said she did the TikTok without thinking about the meaning behind it. 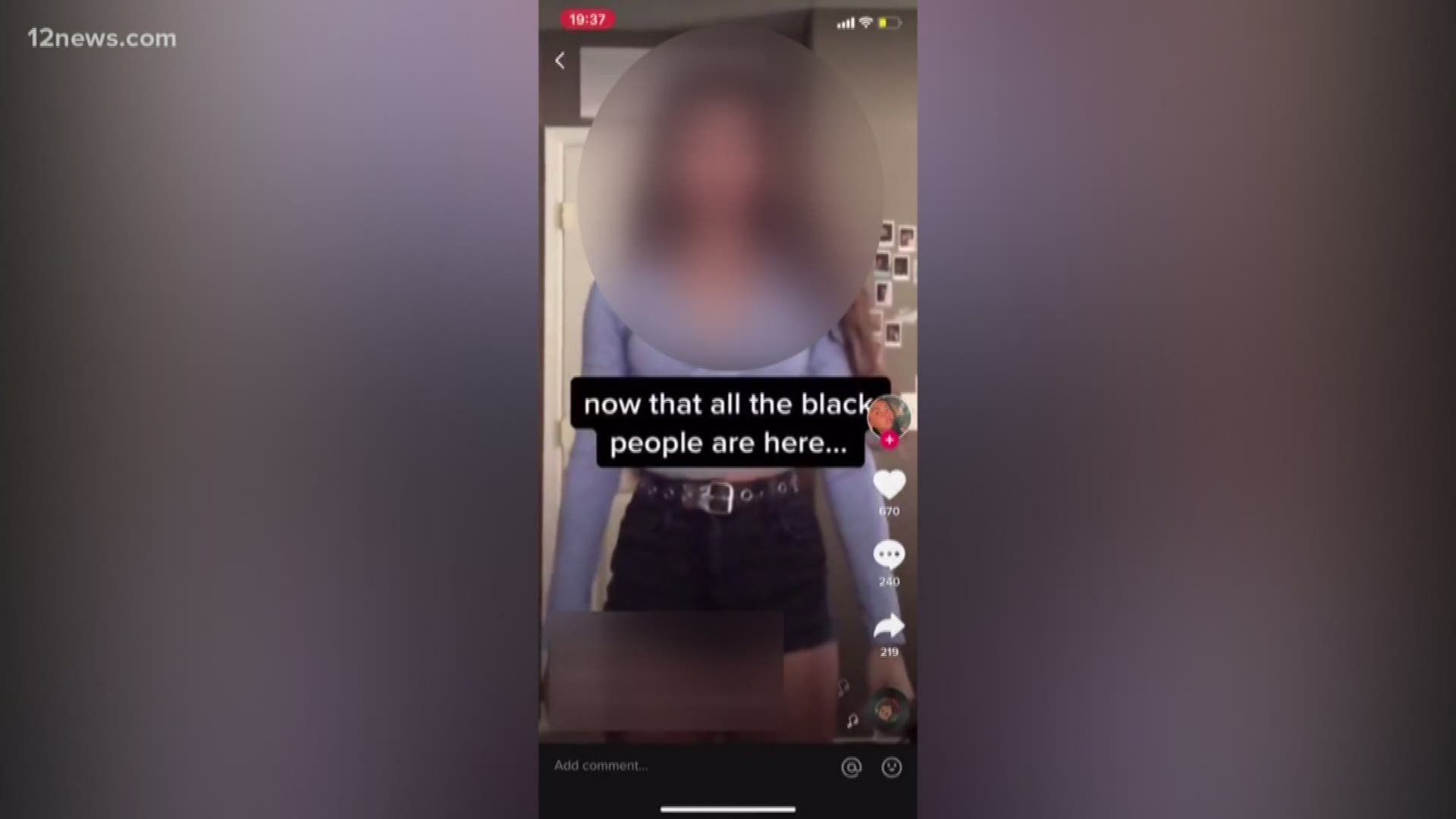 GILBERT, Ariz. — The latest trend on social media is making it easy for teenagers, perhaps with too much time on their hands, to peddle racism.

In the case of one Valley teen, she claims it was an accident. In a public post, she apologized for the TikTok video, but not before it was viewed more than 4 million times.

The Campo Verde student posted an apology tweet after realizing the video was racist and received backlash after blowing up on the internet.

"I'm sorry for putting out that video in the first place, I should've realized it was wrong," the girl said.

She added the TikTok was trending and she did it without thinking about the meaning behind it. She said she was sorry for unintentionally posting a racist clip.

"I didn't mean for it to come up as racist even though considering the context of it, I didn't mean it like that, I was just doing a TikTok trend," she said.

The prelude to the apology was the actual nine-second snapshot of what thousands are slamming as slander.

Communication expert Eric Bailey says for teens, it's instant gratification they're after.

"The young lady at the time wasn't thinking rational thoughts. She was thinking, 'Oh this is going to get me the most likes.' Likes equal a dopamine release, that dopamine release equals 'that feels good' and that's how these things perpetrate," he said.

The teenager claims she didn't think the clip would garner so much attention.

"My actions weren't OK and no matter what I say it won't justify what I did," she said

The incident to similar to the 2016 case at Desert Vista High School, where seniors stood with the "N-word" on their T-shirts trying to create an inappropriate inside joke that quickly spread.

"A lot of people will say, 'I'm not racist. I didn't mean for it to be racist, so it's not racist.' Unfortunately, that's not the way things work. You don't need intent to do a racist act or say racist words," Bailey said.

He says that while these incidents can be teachable moments, it's holding kids accountable for what they publish and post that's key.

"It has been brought to our attention that an inappropriate video was created on the TikTok social media platform by one of our students. The behavior displayed in this video is not representative of our district or Campo Verde High. An investigation is already underway. This kind of behavior does not reflect the values of Gilbert Public Schools."

While the six Desert Vista students were suspended for at least 10 days, the Gilbert School District has not determined a punishment for the TikTok video yet.

Here are some educational resources you can use to talk to your kids about race and racism: 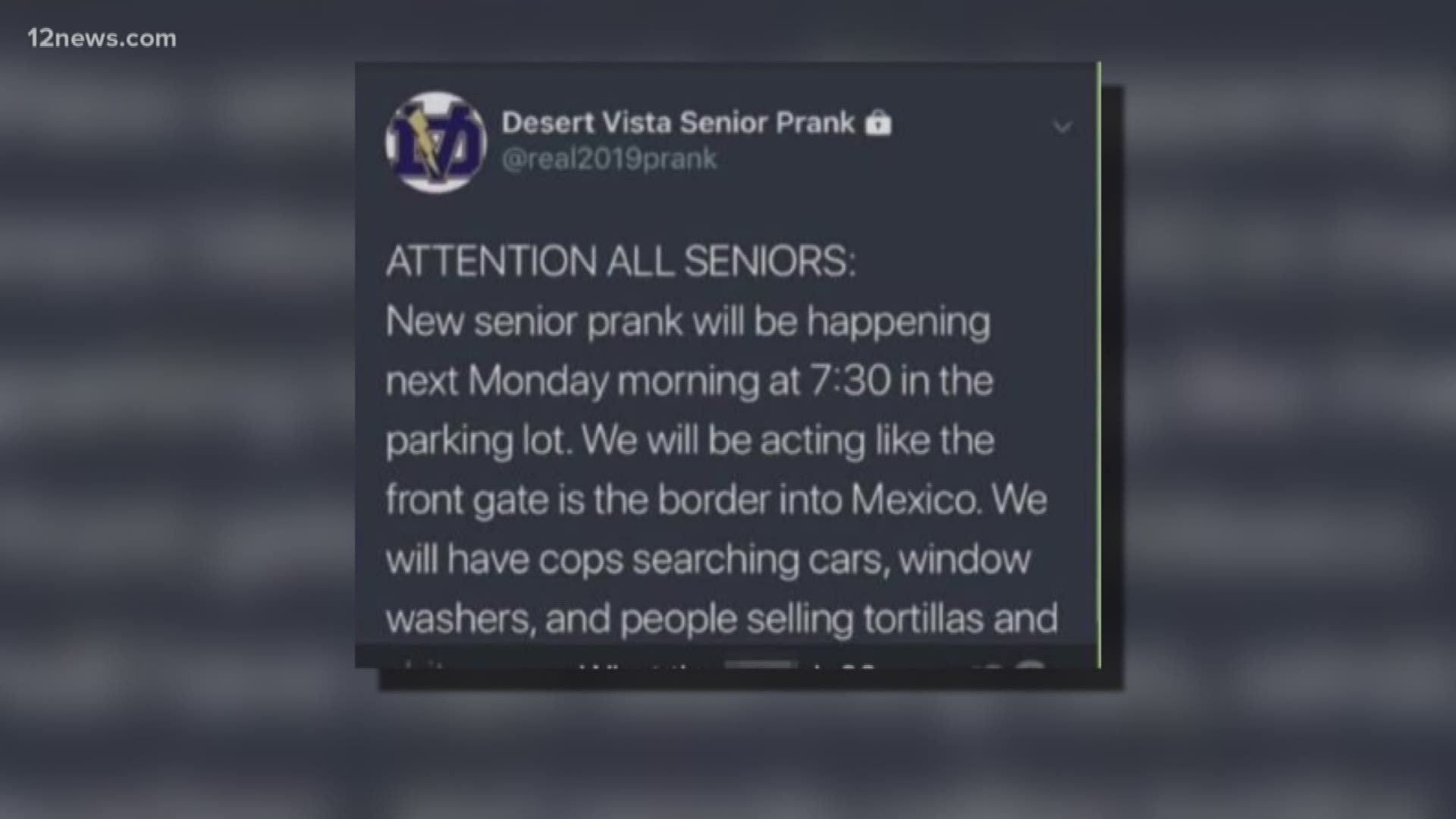