Gilbert police officer asking for help as he battles leukemia

It's not often that our boys and girls in blue, look for protection, but lately a Valley police officer has needed some help as he battles cancer. 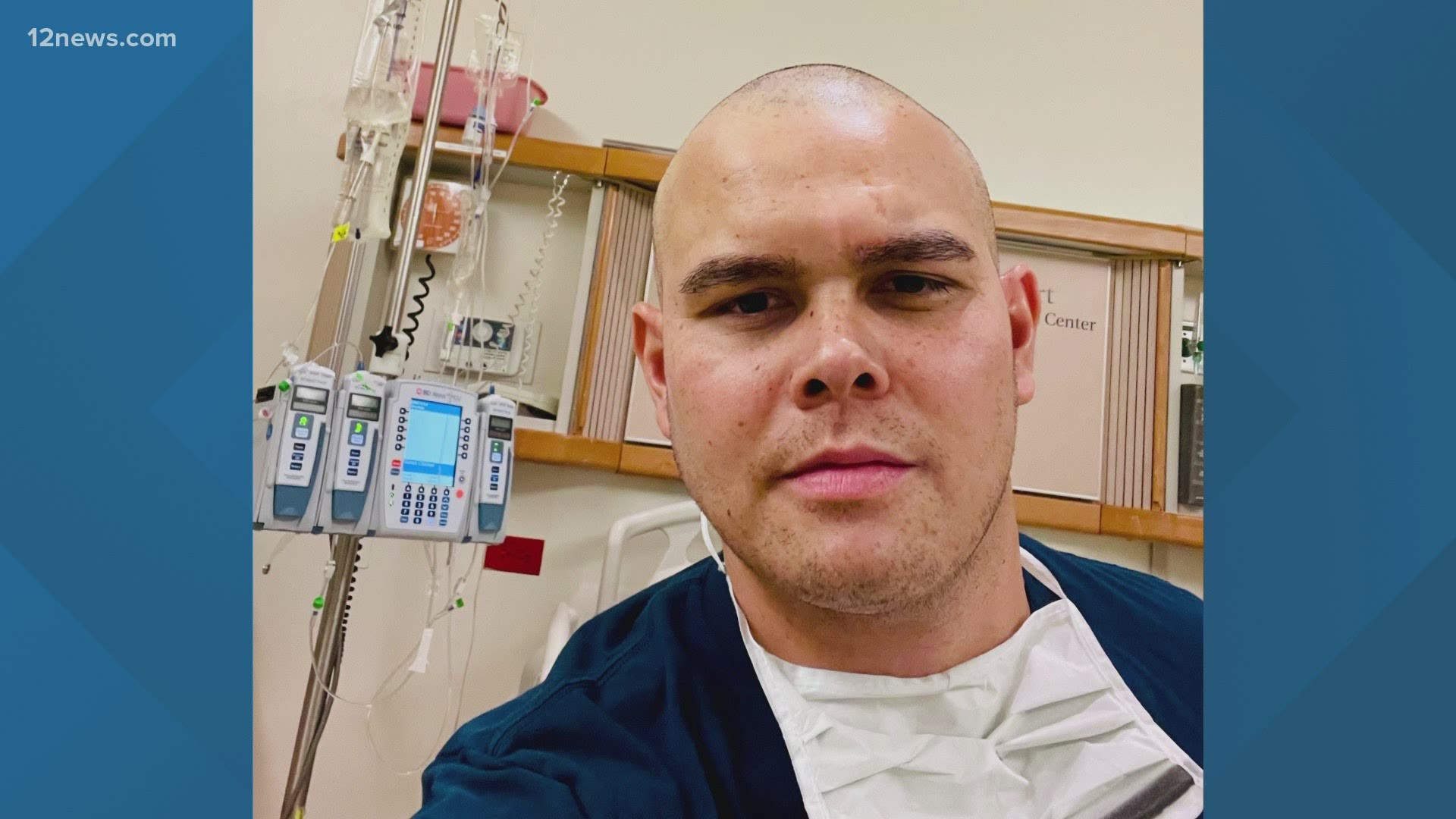 GILBERT, Ariz. — It's not often that our boys and girls in blue, look for protection, but lately, a Valley police officer has needed some help as he battles cancer.

A close friend of the family, Elizabeth Van Horn says, Gilbert Officer Kevin Francoeur and his wife, Sarah have dedicated their lives to public service and hope for community support.

"He's very eager to overcome this for himself and his family."

Francoeur was diagnosed with two types of leukemia in late March has been hospitalized ever since.

"The type of treatment he's getting is very aggressive chemo, it's a 24/7 drip, he basically doesn't have an immune system," Van Horn explained.

She has praised those who've stepped up to help the Francoeur family.

"He has two little boys, Gavin who's four and Hunter who is two, he just wants to pull through and be there for them," she added.

As a former Infantry Marine serving overseas in Iraq, this is now a domestic battle, Francoeur is desperate to win.

"He was exposed to radiation, burn pits, sand storms on a daily basis, just a lot of bad air quality that could be where this came from because he has no family history of it," she said.

Francoeur has now been a Gilbert police officer for nine years, and his wife Sarah, who works as a nurse, has dedicated their lives to public service.

"They give so much of themselves to the community, and I just want the community to be aware, they're going to need all the love and support they can get because they're really in this for the long haul," Van Horn said.

Francoeur will be in the hospital for at least another month, or until he qualifies for a bone marrow transplant.

He is currently continuing to fight the cancer. To help assist them during this time, a GoFundMe account has been created to support family with donations.